Which Zodiac Sign is The Meanest? (and How to Avoid Ticking Them Off)

Which zodiac sign do you think is the meanest out of them all? 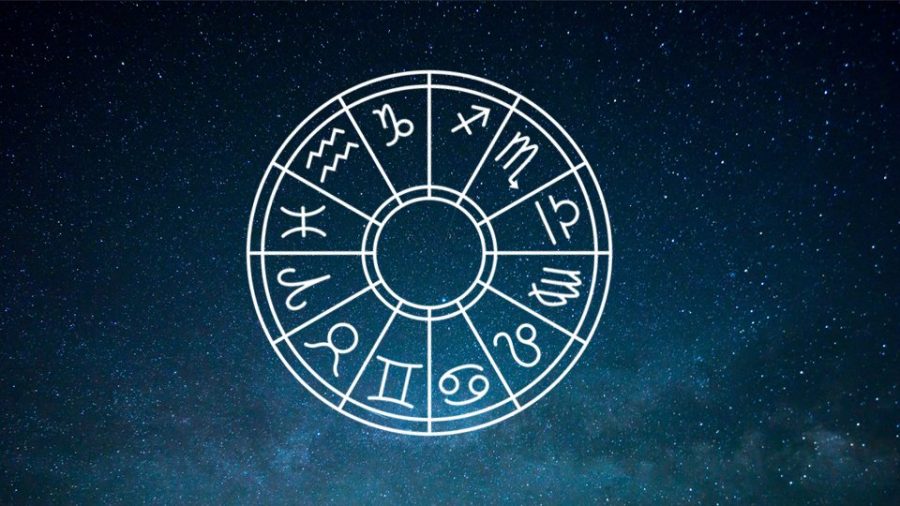 Main image courtesy of The Watchdog.

The 12 signs of the zodiac are all unique, as are the people who are born under each sign. Whether you’re a true believer in astrology or not, you can’t deny that there are certain truths to the personality traits associated with each of the signs. Is that just coincidence or is there something deeper at work here? Well, there’s a reason that people have been turning to the stars and planets for centuries to try and find the answers they're looking for to explain human behavior, so we think there might be something to that.

If you’re interested in learning more about your sign and the others, perhaps you’ve wondered which sign is the nicest, and which is the meanest? Although sun signs do not contribute to everything that makes up your personality, they may have some say in it after all. This is why we thought it might be helpful to discuss the “meanest” zodiac signs, as well as ways you can avoid their wrath!

There are Strengths (and Weaknesses) for Every Zodiac Sign

Don’t be so hasty to judge a zodiac sign!

As you’re probably already aware of, each of the 12 zodiac signs come with a full list of strengths and weaknesses. This only makes sense since each human who is under a particular sun sign will also come with their own batch of strength and weaknesses. No one has ever claimed that just because you’re born under a certain sign you absolutely must behave a certain way. Like everything with humans, there is room for variety and fluidity. Trust us, there are Arians who are not natural born leaders, and Virgos who aren’t always perfectionists! If everything that makes up who you are as a person was determined by your sun sign at birth, what would be the fun in that?

However, when you know what yours and others’ zodiac signs are, you can maybe see correlations in the ways that they behave towards others, and gain some insight into how they interact in the world. This is why when you first meet someone, it’s fun to ask what their sign is, that way you’ll already know a little more about the type of person they are then if you didn’t.

Which Zodiac Sign is the “Meanest,” and Ways to Avoid Their Temper

Our list of the “meanest” signs in the zodiac

Because each human is full of their own personal strengths and weaknesses, this also means that they have kind qualities, as well as qualities that might not be so kind. In life you’ll encounter some people who are very open and caring, but there are also those people who rub you the wrong way, or seem to always be mean and vindictive. However, even those mean people are sure to have some redeeming qualities about them (we hope). This is why it’s hard to write about the “meanest” sign in the zodiac, since even those signs we’re going to discuss here have admirable and positive qualities as well! But like every human, they have good sides, and bad sides.

We’re going to list the top meanest zodiac signs, as well as ways you can avoid getting on their bad side.

Although you might be expecting to see Scorpio at the top of the list, we think that if we have to choose a “meanest” sign, it would be Capricorn. The 10th sign of the zodiac is known for its seriousness and up-front way of communicating, with both friends and strangers alike. This kind of bluntness means there is little concern for the feelings of others, which is the definition of empathy and kindness. The general disregard for others’ feelings in pursuit of their own self interests is why Capricorns are also known for giving the cold shoulder for any perceived slight, perhaps it’s because they’re ruled by Saturn?

How to avoid the temper of Capricorn: Although you never know when their mean streak will strike, in order to protect your own feelings, don’t take their words said in anger to heart. Move on, because they have!

This sign always gets a lot of shade, and we think some of that is definitely misplaced. However, there is something to be said of their vindictiveness and tendency to resort to malicious words or acts if you happen to cross them. Scorpios are known for their introverted nature, but while they may not actively project what they’re feeling or thinking, sometimes what’s going on underneath isn’t always good natured. Known for their biting sarcasm, Scorpios can also tread into cruelty very quickly, especially if they’re upset about something. Ruled by both Pluto and Mars, this sign can shift into mean mode with little to no warning.

Scorpio didn’t make the top of the list because as a water sign, they can be very compassionate, and do genuinely care about the feelings of others (when it suits them).

How to avoid the temper of Scorpio: Make them put into words what they’re upset about, regardless of how passive aggressive they’re being. That way, you’ll know for sure and avoid doing it in the future.

As a fire sign ruled by Mars, Arians can tend to be downright aggressive and impatient, which can make it very difficult to deal with them. They always think they’re way is the best (and only) way to do things, and have no problem mincing words in order to get what they want. This is very off-putting to most people, who would rather just get out the way when they’re acting headstrong. Although passionate to a fault, Arians can quickly turn into bullies who insist on being the leader and making all the decisions.

How to avoid the temper of Aries: If they’re upset give them time to cool down, and don’t dwell on what they may have said while they were pushing to get what they want.

Rounding out our list of “meanest” signs of the zodiac is Virgo. While they can at times be shy, practical, and a lover of all things beautiful (thanks to being ruled by Venus!), this earth sign can also be an uncompromising perfectionist. While making sure everything is done right is not necessarily a bad quality to have, Virgos can take it to the extreme—so much so that they offload judgmental and critical comments to anyone who has crossed them, or whose work/ideas is less than stellar in their eyes. Masters of being passive aggressive, they’ll slide in their mean sentiments towards you so that you’re never quite sure what exactly they’re mad at.

How to avoid the temper of Virgo: Best to not engage with a Virgo when they’re upset or being snippy, since nothing nice will be coming out of their mouth. Seek them out when they’ve had time to chill!

There you have it, our list of the meanest zodiac signs. Do you agree? What other ones would you have included?

7 Types Of Music To Suit Your Every Mood
Light up some mildly scented candles, sit on the cozy corner, grab a book and a cup of hot chocolate and enjoy the soul music—the best way to unwind all the stress.
Read More >>
How Do You Know Which Zodiac Sign is Most Loyal?
Looking to know more about what zodiac sign is most likely to be loyal? We have answers below!
Read More >>
Hypnosis and Meditation: What’s the Difference?
Want to learn a little more about the difference between hypnosis and meditation? We’ve got you covered in this guide!
Read More >>
[my crystals] Guide To Using Citrine Crystal To Manifest
Everything you want to know about making your dreams come true
Read More >>
What is a Chakra Bracelet (And How Do You Use It?)
Learn what a chakra bracelet is and how you can incorporate it into your spiritual practice
Read More >>
How to Read the Tarot with Playing Cards
It’s easier than you might think to read the tarot with your favorite deck of playing cards!
Read More >>
Which Zodiac Sign is the Strongest?
Curious to know what the strongest signs of the zodiac are? Keep reading!
Read More >>
How to Figure Out What Tarot Card You Are
Ever ask the question “what tarot card am I”? Well there’s a couple of ways to figure it out!
Read More >>
How Do You Activate Chakra Stones?
You can easily activate chakra stones to help bring balance to your chakras!
Read More >>
Do You Know What Zodiac Sign is the Smartest?
Think you know which zodiac sign is the smartest, think again!
Read More >>
How to Make Your Own Tarot Cards in 4 Easy Steps
Channel your creativity and make your own tarot deck!
Read More >>
What Are the 7 Chakra Stones?
Learn which stones can help amplify and heal each of the seven chakras
Read More >>
Why (and How) You Should Cleanse Your Tarot Cards
Curious to know a little more about why you should cleanse your tarot cards? Want to know the most effective ways to cleanse them? Keep reading!
Read More >>
Good Things Are Coming: Understanding the Page of Cups
How to interpret the Page of Cups when it comes up in a tarot reading, and how it may interact with the other cards that you pull.
Read More >>
New Beginnings and Inspiration: Interpreting the Page of Pentacles Tarot Card
Understanding the history & meaning of the Page of Pentacles’ determination
Read More >>
What is The Page of Swords Tarot Card?
The changing energies are heavy as we approach the New Year. This card calls you to enlightenment of your worth.
Read More >>
How to Set Up A Samhain Altar
Samhain is a Pagan holiday that honors the cycle of life and death with the primary focus of honoring the harvest season, transformation, regeneration, the calling of spirits and honoring the dead. Celebrate by creating an altar to honor the dead.
Read More >>
Questions to Ask the Tarot Cards About Your Career
Whether you’re looking to change your line of work, or wanting to move further in your current career, a tarot card reading may give you the answers you’re looking for.
Read More >>
Why Thrifting is Better Than Fast Fashion
Fast fashion brands are killing the planet and hurting their workers
Read More >>
Top 6 Benefits of Daily Horoscope Reading
Horoscopes can be calculated by an astrologer based on a person's sun sign and the planets’ position. These astrology readings vary in each of the 12 zodiac signs, as their birth dates are different. While the predictions won't always be the same for everybody, they can still help anyone. These forecasts about the future are fascinating guides that can benefit the readers in so many ways.
Read More >>