Pink Floyd was Wrong-- You Need an Education, and Teacher Will Not Leave You Alone 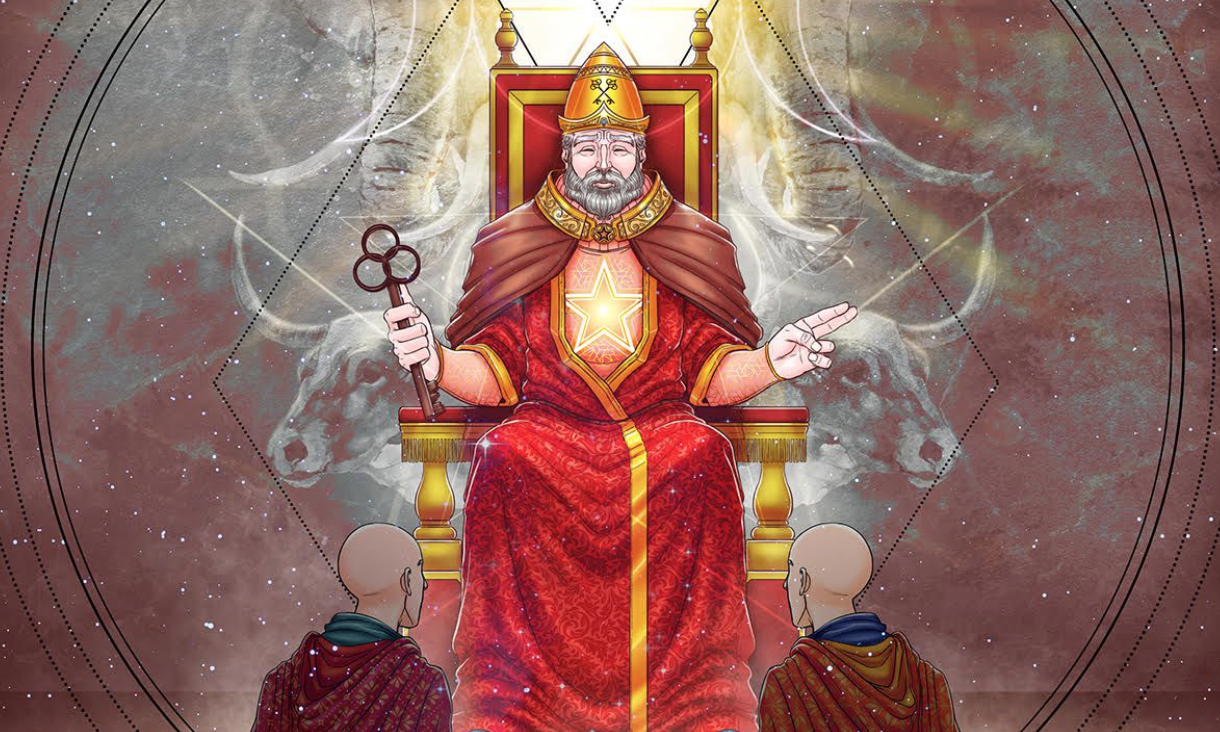 Pink Floyd’s song Another Brick in the Wall is famous for many excellent reasons-- one of them being that it’s just a damned good song, and another the famous chorus of “We don’t need no education,” and “Hey, Teacher, leave them kids alone!”  In the modern era, we’ve scheduled our education system around an almost-forgotten farming calendar.  We take summers off, have breaks around the major harvest holidays, and attend to our education during the colder months of the year.  The Hierophant begs us to remember that education does not have an academic calendar, and learning never stops.

In this latest installment of our Interpreting the Major Arcana series, we’ll discuss:

The Hierophant is ready to teach you-- are you open to learning?

The meaning and message of major arcana card #5

The major arcana card #5 often goes by the name The Hierophant, but it’s depending upon the deck, it could also be called The Pope or The High Priest.  Its counterpart is The High Priestess.  The Hierophant overlaps just a little bit with The Emperor in that it's a card that indicates tradition in many forms-- traditional values, systems, and procedures.  But the authority that The Hierophant wields is more spiritual in nature.

The Hierophant asks you to look at your spirituality and education.  Ultimately, this is where this major arcana card speaks-- you are in need of a mentor or another traditional educational structure.  You are ready for a teacher and should look for them to appear.  Even as The Pope or The High Priest, the emphasis is on traditional educational institutions.  And if you know your history about education, you’ll know that the first and oldest form of education is a mentorship or apprenticeship.

The first form education took was oral, not written, and so all education boiled down to “I need this skill” and “I can teach you this skill.”  It was a practical, hands-on, get dirty experience.  Folks taught and learned by doing and speaking over and over, until their muscles and memory had the trick of it, and then they gave it their own spin and became artists.  On The Fool’s Journey, The Hierophant has arrived to teach The Fool how to use the tools (The Magician) and become masters of themselves.

The other reason that The Hierophant appears in a reading may be because it is time for you to take on the role of mentor or teacher.  Look to the other cards and your own intuition of this is true.

A word on reversals…

When The Hierophant is reversed, it symbolizes new and rebellious ideas-- even flat out rebellion-- non-conformity and unconventional lifestyles.  Break the rules and make new ones.  The Hierophant reversed isn’t necessarily a “bad” thing in and of itself, so much as an indication that tradition is blocked.  In regards to education, the message could be that an unconventional or innovative approach to learning is required for success, or possibly that you’re not listening to the wisdom of your elders.

The first step in understanding how the meaning of a tarot card developed is to examine the symbolism in its artwork.  The traditional Rider-Waite-Smith deck depicts The Hierophant like a Pope, seated on a throne between two white pillars with a scepter, triple crown, and hand raised in blessing.  Two followers bow in benediction at his feet.

The elevated throne symbolizes his authority and superiority, which is further emphasized by the triple cross scepter representing the Father, Son, and Holy Spirit and his triple crown.  The triple aspect of the crown-- the head, which rules-- represents the three realms over which The Hierophant holds authority: conscious, unconscious, and superconscious (also corresponds to the ego, super-ego and id).

The followers at his feet symbolize his charge to pass on his knowledge to others.  The fact that they are at his feet and bowing recalls the authority and power of both The Emperor and the papacy.  However, it is worth remembering that the first official schools were established by religious orders-- therefore it’s understandable that The Hierophant has shades of both The Pope and The High Priest, both of which are religious titles.

On that note, as a tarot practitioner or casual card slinger, it’s important to really embrace the educational aspects of this card.  Get your research on, and learn about the history of education, pedagogy, and the ways in which people learn.  Keep notes and divide your research into “traditional educational institutions/methods” and “new/innovative.”  Definitely research the history of some of the major traditional institutions, like Cambridge and Oxford, and the role that the major religious institutions of each age played in education.

Research great teachers, especially spiritual ones or ones from the ancient world.  It doesn’t matter what religion they come from-- they will have something to teach you, both about yourself and the world you live in.  Think Merlin, Talisian, Jesus, Mohammed, Buddah,

Also look at stories that instruct-- Aesop’s Fables, the dire warnings of faerie tales (not the cleaned up Disney versions), the myths and legends that teach people how to approach and appease the gods (and what happens when they’re mad).

The last suggestion we have for developing your understanding of The Hierophant and deepening your intuition about it is journaling.  We have a list of questions for you to sit and consider as you examine The Hierophant:

There are certainly more questions that we could suggest.  These are just a few to get you started.  Now, let’s move on to some reading practice.

As The Hierophant reminds us, the best way to learn is by doing-- which is why apprenticeships and mentorships were the original and are the most traditional form of education.  So let’s dive into some practice.  We’ll first walk you through our method of reading, which is to consider the meaning of the card first, then its position in the reading, and then its relationship to the question.

Our scenario will be Jack.  Jack is in college and is feeling some type of way about it.  His grades are okay, but his passion isn’t there.  He shuffles his cards, focusing intently upon his situation.  He asks three questions and pulls a card for each:

First of all, note that there are two major arcana and a Court card-- this is a major moment for Jack, and it is appropriate that the cards identify this by showing up this way.  Big energy-- or life altering decisions-- usually show up this way in a reading, especially if the querent has been holding out for a while.  Secondly, we’ve included the meanings of each card in the breakdown above, so we can move on to stringing the narrative together.

Jack feels lost at school and out of place because there is something that he hasn’t faced up to yet inside of himself.  He has some shadow work to do to face his fears.  If he does, he will not need the traditional educational structure of college.  He should look into other educational opportunities that better fit his learning and life styles.  (In this instance, Pink Floyd was right!)  If he does this, he will be the master of his life and realize his passionate destiny.  If he doesn’t, the anxiety and fear resulting from not being brutally honest with himself will cause him to lead a life that will make him miserable, and he won’t know why, because he did everything society expected of him and told him he should want.  But Jack has to do what he feels is right for himself, and live his own life and make up his own mind.  That is his true path to happiness.

For your own practice, consider the following change to the above reading and let us know your interpretation below:

We look forward to reading your comments!

When the student is ready, the teacher will appear.  Here is the Hierophant.  Time to buckle down and learn.