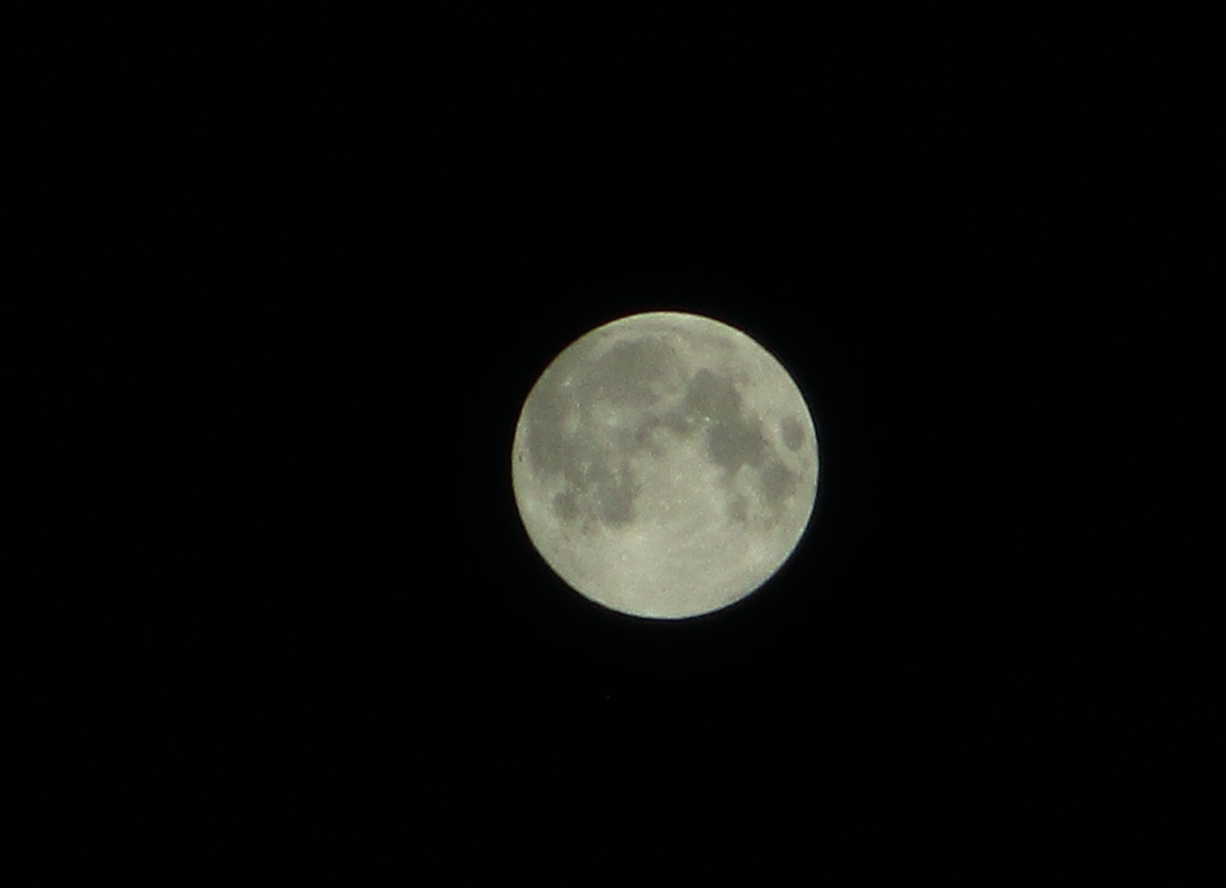 Image courtesy of A. Jean Linder

Everyone has a love affair with the moon. Her glow and cycles of waxing and waning gives us a lot from which to learn. La luna often plays key roles in Paganism and witchcraft, and was crucial to ancient humans for understanding agricultural cycles of planting and harvesting.

The Moon card is often considered the most difficult tarot card to comprehend, possibly because of the mysterious nature of the moon itself. It’s hard to describe and keywords are difficult to pin down. How do you boil a mystery down to a solution?

In this article, we’ll help illuminate this card by walking you through:

The Moon's Symbolism and Artwork

The Moon has long captivated human attention and imagination. In ancient times, humans observed how the tides and growing seasons were related to the cycles of the moon. Primitive humans-- we’re using “primitive” here to designate a timeframe, NOT intelligence-- assigned deities and powers to the moon, invented myths and legends to explain her, worshipped her, and lived their lives by her cycles.

Notice we use the pronoun “her” to refer to the moon. We do that out of tradition, as the moon is traditionally symbolic of fertility, water, and other divine feminine aspects. We do not intend any offense by doing so. This is intended to demonstrate the symbolism of the moon, not to exclude anyone.

The Moon’s symbolism in tarot art is directly connected to its mythological significance. We long for the moon, and can only see her at night when she is not overshadowed in her cycle. Her illumination changes-- everything seems strange at night.

She is also representative of the unconscious-- she appears only as a reflection of the sun. The sun is the consciousness, fully aware and able to see everything. When the moon is a reflection of that, fully or partially, the depths must be explored and nothing is as it seems. The unconscious is intimidating, but it is necessary to dive into to fully comprehend yourself as a human being.

Traditional Rider-Waite-Smith tarot decks depict The Moon with a dog and a wolf howling and a crayfish or crab crawling out of water. The water element and crustacean symbolize the astrological ruler of la luna, Cancer. This tie is further underlined by the moon’s gravitational pull over the tides. The canines bark or howl at what they cannot reach and yet long for, symbolizing our dual nature of civilized vs. wild. Often there is a path, symbolizing that we must walk between polarities such as good/evil, civilization/wilderness, woke/asleep, real/illusion and the difficulties we may have in distinguishing between them.

When examining your Moon card-- especially if you are learning a new deck or tarot for the first time-- look for how similar or deviant from traditional representations the artwork is. Ask yourself what that might mean, why that might happen, and use the power of your intuition as well as education in myths and symbolism to analyze the card’s illustration.

What does The Moon mean?

When considering the meaning of The Moon tarot card, ask yourself if you are the dog, the wolf, or the crayfish. Are you howling, or crawling out of your comfort zone to walk the path? Let your intuition guide you down the path and through the dark unconsciousness. Through the moon’s reflected light, you will find your way to the kernel of yourself.

The meaning of The Moon appears to be the hardest of the tarot deck to pin down, mirroring the way the moon itself is constantly in flux. However, upon closer inspection, it only appears that way.

The Moon changes, right? Wrong. It’s not as it seems, and that is precisely the meaning of its card-- the line between illusion and reality has been blurred, whether through deception, imagination, or escapism. Just like the moon does not have her own light-- she “merely” reflects the sun’s-- the inability to distinguish reality from fantasy or consciousness from dream is a reflection of something hidden in the dark.

In relationship to her role in fertility energy, The Moon can illuminate what is growing in the dark. After all, the womb’s cycles mirror the moon’s, and it must be quite dark inside the human body. Seeds were planted according to lunar cycles, and harvested as such. Perhaps there is an idea growing-- a creative seed-- that the dark is nurturing until you are ready to see it in the light of day. In this sense, the “imagination” part running rampant isn’t such a bad thing after all.

Ultimately, The Moon can mean a state of flux or illusion, and you need to use your intuition-- and the other cards in the reading-- to decide if you need more objectivity or time to nurture your dreams. Take your time-- it’s on your side, after all.

How to read The Moon card in a spread

When you are using a spread that’s already developed-- such as a Celtic Cross-- it’s necessary to look at the role that The Moon card is playing. What position does it occupy in the spread? For example, The Moon showing up in the center “this is you” position will read differently than if it turned up in the “final outcome” position-- both would have to do with gestation and illusion, but “this is you” would mean you’re stuck in a bit of a limbo, whereas “final outcome” would mean that the outcome won’t be what you expect and may have a hard time seeing. These interpretations are based upon combining the concepts of the card with the role they play in the reading.

Think of it like playing tag. One person is “it,” and the others get chased down until one of them is tagged and is the new “it.” How this ties together is that just like every player is the same person playing different roles-- hence being “interpreted” as “It” or “not it”-- each card’s meanings are the same, but the roles they play differ in each shuffle and spread. James might start as “It” because he’s the fastest, but he mostly likely won’t be “It” for long. That doesn’t stop him from being James, it just re-interpretes him as the person the others no longer have to run away from once he’s tagged someone else.

Thinking about interpreting readings this way works well for most spreads, including ones specific to a tarot deck or one that you create yourself.

What about intuitive readings? Some practitioners do not like to use prescribed spreads. They pick and lay out as many cards as feel right. They use their intuition or ancestors to guide them. In that type of reading the practitioner is using a high frequency, and probably feels or knows somehow what each card is speaking to in the reading. This is where your storytelling skills come into play-- you know the meanings of each card, but how do you string them together? Think about the question asked, and how each card plays a role in answering that question. Don’t try to think about how you can fit the card to the question, think about how the question generated that card.

Let’s explore how The Moon card would work in two different worked examples.

Examples of reading The Moon in action

Let’s first examine The Moon in a 4-card spread. Let’s say that card 1 is the problem, cards 2 and 3 are the choices, and card 4 is the way to make your choice.

Question: Should I stay with my job?

Cards (in numerical order): 9 of Swords, 2 of Pentacles, The Moon, The Hermit.

Now let’s look at an intuitive reading. For the sake of comparison, let’s keep the cards the same.

An intuitive reader would see that the first card drawn is the 9 of Swords, and the meaning combined with the question should make it clear immediately that if the need to question leaving a job exists, there is an overwhelming feeling of discontent and not belonging. These feelings run so deep, it’s made working the job mentally impossible (remember, Swords are Air and thinky-brainy-cerebral stuff). So naturally the 9 of Swords is the mental state of the person asking the question.

The 2 of Pentacles contains the number two, which is the number of duality and polarity-- doubles and opposites. This alone indicates a tension between two things that bring money (remember, Pentacles are Earth and healthy-wealthy-happy stuff), so the decision is naturally going to be whether or not to get a new job.

So our star of the show-- no pun intended-- is The Moon, which indicates that there is something the querent  hasn’t seen yet that’s growing. Perhaps it's a creative idea, or perhaps it's a change at work. Or, perhaps the querent loves the people and the place, but not the job itself. Perhaps there is a more creative position at the same company where they could make a career shift.

The Hermit is the card of taking time away from distractions and demands to really focus on the self. As this is the last card, it feels like advice. After all, it’s rather hard to make money from isolating yourself, so this can’t be a choice card. It must be an advice card. Therefore, the advice is to take some time to go deep into the self and really get that inner knowledge-- do the shadow work and figure out your headspace and heartspace. The decision will be easier to make once your eyes and mind have been cleared.

So the next time The Moon card rises over your reading, don’t panic. Use the methods, tips and tricks we’ve given you to confidently interpret the reading.

The rich text element allows you to create and format headings, paragraphs, blockquotes, images, and video all in one place instead of having to add and format them individually. Just double-click and easily create content.

How to customize formatting for each rich text

Headings, paragraphs, blockquotes, figures, images, and figure captions can all be styled after a class is added to the rich text element using the "When inside of" nested selector system.