A Guide to the Root Chakra 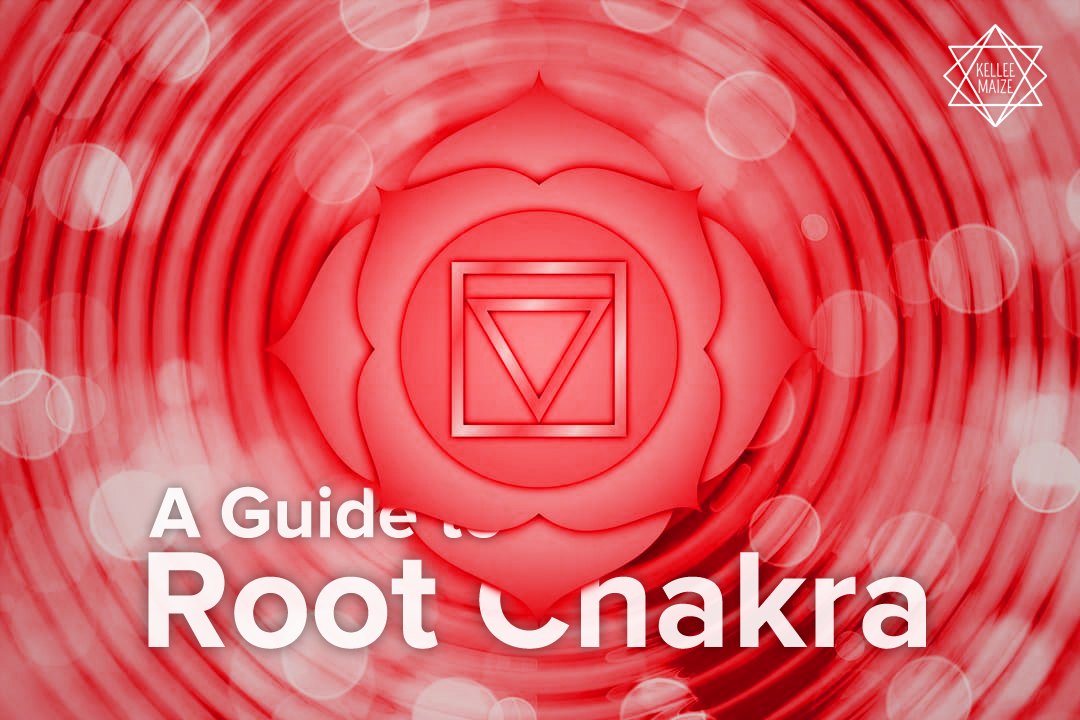 The Root Chakra is the first of the seven chakras and is associated to the feelings of safety and grounding inspired by the Earth. The root chakra, when balanced, is the foundation for the other chakras and allows for expansion in life.

Here are the characteristics of your root chakra:

These characteristics of the root chakra are vital pieces in keeping your other chakras in balance and show why it is so important to learn to control and stabilize your root chakra.

Symbolism and Origin of the Root Chakra

The Root Chakra as the foundation for a strong, healthy life

The Root Chakra is sometimes referred to as “Muladhara,” a term signifying a base, foundation, and support. Because of this, the root chakra is strongly associated with the Earth and the strength and support it provides us in everyday life.

The root chakra is typically represented by a lotus flower with four petals with a downward pointing triangle. The triangle is a symbol of the connection between the Earth and an Earthly existence that centers our life forces. Kundalini stays coiled and dormant here until woken up to distribute its energy through the body and other chakras.

The color red is central to the root charka, and is also related to yellow and gold. The red symbolizes the strength, vitality, and instincts that allow us to live happy, healthy lives. Red is the base to the lotus symbol with yellow and gold representing the root chakras Earth element.

Where is the Root Chakra?

The root chakra is located in what many consider the areas of support and strength within the base of the body. It is typically depicted as a cone of energy starting at the base of the spine that faces downward and turns slightly upwards. In the body, it is located at the base of your spine, the perineum, along the first three vertebrae, and at the pelvic plexus.

Why is the Root Chakra So Important?

A happy life begins with a strong platform to stand on

Would you want to build a home without a good foundation? Of course not. Similarly, the root chakra is the foundation from which we build our lives, making it vital in supporting you in other endeavors. With a strong foundation from our root chakra, we can grow and feel safe in exploration of life. This not only is important in physical and bodily needs for stability, but goes along with financial safety and stability.

What Happens if the Root Chakra is imbalanced?

A balanced chakra will influence a healthy and productive lifestyle

Some signs to look for that may tell you that your root chakra is out of balance include being a workaholic, being dissatisfied in your accomplishments and possessions, and not feeling yourself around others, by yourself, or within interpersonal relationships. Unbalanced root chakras inspire people to be extremely self-conscious and critical. A certain level or self-awareness is great, but it’s important to understand when being critical of yourself has gone too far and is bad for your health.

Opening up and Healing the Root Chakra

Getting in touch with your natural side

There are a variety of ways to open up the root chakra, many of which are grounding and Earth-related. Opening your root chakra involves getting it touch with nature through gardening, taking a walk or hike, and cooking healthy food to satisfy your body’s need for nourishment. Another way to open your too chakra is to create a space where your roots can grow safety and with stability. This can be done by decorating with natural plants and objects from nature, earth-tones, and anything that feels natural and brings you in touch with the Earth.

Some great ways to continue to heal and maintain a healthy root chakra:

How to Make all Seven Chakras Happier and Healthier

Building from the ground up

Focusing on the root chakra is a great way to begin balancing all your other chakras. Your seven chakras continuously work together to provide you with a happy and healthy life. This satisfactory life is always built from the ground up, so start by creating stability in your foundation and allow nature to inspire you to grow.

For questions, partnerships, or to get featured on this blog, click here.
See All Posts >>

Do Your Part to Lower Your Carbon Footprint in 2021 by Taking These Easy Steps
We all have to step in to prevent climate change. Here are a few easy but impactful things you can do this year to help the effort.
Read More >>
How to Throw the Best Zero Waste Kids Birthday Party
Give your kids the best birthday party experience, while keeping it environmentally friendly!
Read More >>
Important Mental and Physical Health Benefits of Walking in Nature
All the reasons you should be incorporating outdoor time into your schedule!
Read More >>
What to Bring To Kripalu Yoga Class
everything you need to have the best yogic experience
Read More >>
Fools Go Rushing In: The Knight of Swords Tarot Card
How to work with the Knight of Swords and interpret it in any reading
Read More >>
How to Effectively Dominate and Achieve Success while Busking
The top tips you need to be successful at busking!
Read More >>
Eco-friendly Gifts Your Valentine (and Mother Earth) Will Love
Show your loved one some appreciation this Valentine’s Day with these eco-friendly gift ideas.
Read More >>
Important Signs to Look for When Opening Your Solar Plexus Chakra
Home to your internal power, your solar plexus chakra could be opening without you even realizing it.
Read More >>
Chakra-Inspired Yoga Flow (And Why It Matters)
align your chakras with seven easy poses in this relaxing yoga flow
Read More >>
The Must-Have Eco Friendly Makeup Brands You Need in 2021
The seven best and ethical makeup brands on the market right now
Read More >>
Knight of Cups: Understanding the Tarot Card
From guidebook meaning to interpreting a card spread, here’s everything you need to know about working with the Knight of Cups
Read More >>
Pretty Tarot Decks You Didn’t Know You Needed
Time to spice up your tarot card collection? These gorgeous decks will make it breathtaking.
Read More >>
Must-Have Sustainable Baby Products for the Environmentally Conscious Family
The best environmentally conscious baby products you need to be using to help save our planet.
Read More >>
Knight of Wands Tarot Card Explained
Your personal guide to understanding the Knight of Wands and how to interpret it in any reading
Read More >>
Practical Nurturing: the Queen of Pentacles
How to read and interpret the Queen of Pentacles in any reading
Read More >>
With Sword and Head Held High: Queen of Swords
How to interpret the Queen of Swords Tarot Card in any reading
Read More >>
Technology Products That Are Sustainable. What?
Technology products that will lower your bills and your energy consumption.
Read More >>
How To Make Your Period Sustainable
Life-Changing Sustainable Period Products
Read More >>
Eco-Friendly School Supplies That You Must Have
Everyone is talking about these super cool supplies!
Read More >>
Safe Crafts Ideas For Kids
Better and Safer Alternatives for Your Crafting Moments
Read More >>