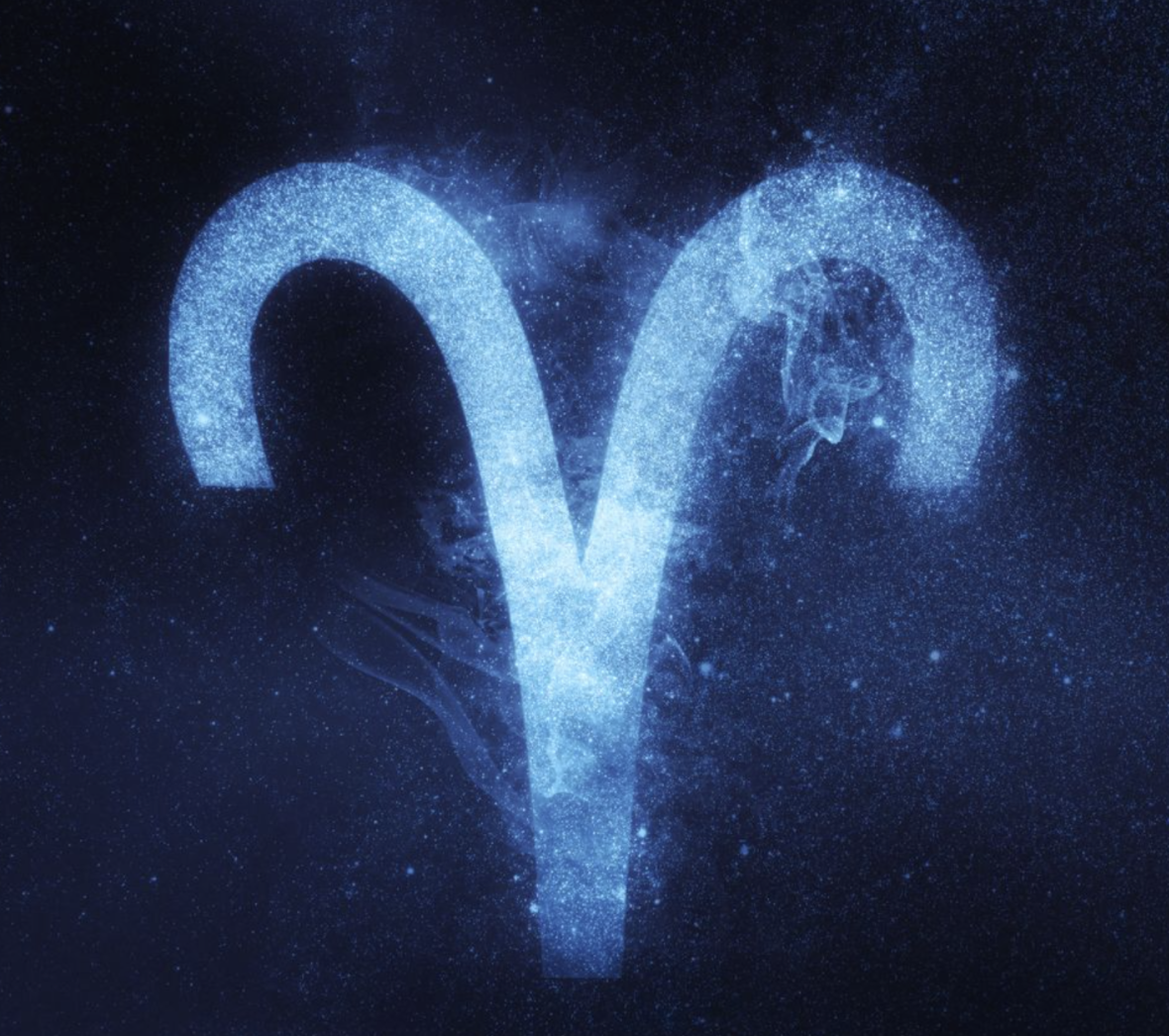 Astrology has been around us for many centuries now: from the Ancient World, the Mayan, and Chinese culture, to the Second World War and Adolf Hitler asking for help from an astrologer. Some historians believe that Karl Krafft, Hitler's astrologer, influenced the timing of his first invasion to the Soviet Union heavily. To this date, many people think of astrology as a reliable force to believe in.

Yes, Astrology is controversial. Many researchers disqualify astrology for not being a science with persistent and accurate forecasts. On the other hand, more than 90% of Americans know what their zodiac sign is, and 50% of them believe the description of their sign is accurate to their personality. So regardless of the controversy, Zodiac remains relevant in our society.

In Western Astrology, the Zodiac is an area of the sky with a division of twelve different signs. Each of these signs occupies 30° of the longitude that corresponds to the constellations: Aries, Taurus, Gemini, Cancer, Leo, Virgo, Libra, Scorpio, Sagittarius, Capricorn, Aquarius, and Pisces.

There are three categories in which zodiac signs fall into: Personal, Interpersonal, and Transpersonal.

The first four signs of the Zodiac (Aries, Taurus, Gemini, and Cancer ) fall into this category. Personal characters think of their own identity and who they want to be: "I am," "I have," "I want to," "I need to." They tend to be instinctual or naive. Since these are the first four signs of the Zodiac, their knowledge of personal skills is inherited from interpersonal ones.

The next four zodiac signs are interpersonal. These are Leo, Virgo, Libra, and Scorpio. Even though interpersonal characters care about themselves, they focus on how the perception that other people have about them, their public image, and their relationships with others. They want to be liked and feel that they belong to a social group.

Interpersonal signs need to know that they can trust other people.

Lastly, we have the transpersonal. The signs that fall into this category are Sagittarius, Capricorn, Aquarius, and Pisces. These signs think about the full potential of us, how can we be stronger together, how can we put our weaknesses and strengths together and make something bigger than us. Transpersonal signs relate to their spiritual consciousness and evolution, and they are always looking to go beyond themselves.

Aries is the first personal sign and the first one in the Zodiac chart. Aries spans the first 30 degrees of celestial longitude.

We will go in-depth about Aries in different sections:

There are four elements that are believed to be essential for life: Water, Fire, Earth, and Air. These elements explain nature's behavior, evolution and reactions, natural disasters, and how components interact with each other in the bigger picture. The idea of essential elements has different versions among Buddhism, Japanese traditions, and Ancient Chinese cultures. In Astrology, each element has a different meaning that influences the behavior of each zodiac sign. If you want to read more about the elements, and how they influence your personality, take a look at this article about the four elements.

Fire is the only element that shines; fire represents true energy by itself. And even though all four elements are needed for human existence, the sun's energy is immense compared to the ocean, the wind, and the soil.

If the fire element had a literary movement, it would have to be Romanticism. Full of passion, overloaded love, drama, a celebration of themselves, and a strong sense of emotions and feelings. These are some of the characteristics of Aries, Leo, and Sagittarius, who belong to the element of fire.

As if it was a Lord Byron play, it is all or nothing when it comes to love for Aries. There is an extreme passion for love, they are willing to make sacrifices with rage for the people they care about, and they will be entirely committed to a relationship.

Fire is energy, heat, action, and passion, and Aries has powerful energy like this element's nature.

Inheritors of the God of War

According to Roman mythology, Mars was the God of War, an important defender of the Roman borders and potential invaders. The mythology mentions that Mars was the father of Romulus and Remus, the twin founders of Rome. As you may recall, Romulus and Remus were abandoned by their parents in a river, but a wolf suckled them and saved them from drowning. When the twins grew up, they got involved in a dispute with the king of Alba Longa, an ancient Latin city near to what later became Rome.

After many feuds, Romulus and Remus went to the area of seven hills, planning to build a city of their own. But another disagreement occurred. Romulus wanted to build the city on Palatine hill, and Remus preferred the Aventine Hill. There are many versions of what happened next. Some versions say that the twin brothers asked the Gods who should be the founder of Rome, and the Gods were in favor of Romulus. Others believed that the brothers fought to death until Romulus won. Ultimately, Remus's death is attributed to his brother, whether he killed him with a spade, or Romulus's supporters executed him.

The God of War was involved in wars, aggressions, conflicts, and all of these trickle-down to Mars's influence on Aries. As Mars protected the Roman army, Aries can be defensive or even aggressive when it feels threatened or attacked. Aries people are very loyal and have a compassionate heart, so they will defend their people whenever possible.

The belief of Mars's influence on Aries became widespread during human history that the month of March (or Martius) comes after Mars's name.

It’s important to mention, that even though the Coronavirus pandemic has affected us all in different ways, Mars has been in Aries since June 27, 2020, and it will stay there until January 6, 2021.This gives tremendous power to this zodiac sign.

So who is Aries?. Aries belongs to the element of fire, just like Leo and Sagittarius. Aries is a pioneer, someone that seeks adventure and new challenges. Aries is self-driven, Aries people like to work by themselves. As the energy of the fire relies on itself, Aries is very independent and doesn't like to be micromanaged and told what to do. Aries is dependent, courageous, enthusiastic, and has great organizational skills.

Due to the fact that Aries is self-sufficient, they want to feel in control of what they are doing. If they have a specific way of cooking a turkey, most likely they will keep cooking the turkey that way, despite any comments or suggestions from people around them.

They prefer to give instructions rather than following them. So if their autonomy feels threatened or if they feel attacked, they will try to protect themselves and might respond in unpredictable ways.

Aries is very committed. If they find a good cause or a real passion, they will do everything they can to make it work, with dedication and optimism. Similarly, this sign is very loyal, so they will commit to make relationships work and protect their beloved ones.

Aries has a lot of energy, they don't like routine, and they will find ways to make their everyday life as far from the routine as possible. They might take an afternoon class, practice a new sport, have an unplanned cheat day during the week, or go shopping every once in a while. Sometimes, it is hard for them to canalize all the energy they have, leading them to start arguments, be stubborn, or have a short temper. Aries may get offended very quickly, so avoid starting a fight with them.Check out this article about the Most Compatible Astrological Signs, to see what signs are more aligned with your energy and personality.

If you are a believer in Zodiac signs and Astrology, remember that these Astros may influence your behavior or personality. Still, in the end, you have your own identity that makes you different from the rest of the people that have your same Zodiac sign. So use Astrology as guidance to relate with yourself and with the people around you. Acknowledge your true self, and live as fully and happily as you can.