Time to spice up your tarot card collection? These gorgeous decks will make it breathtaking. 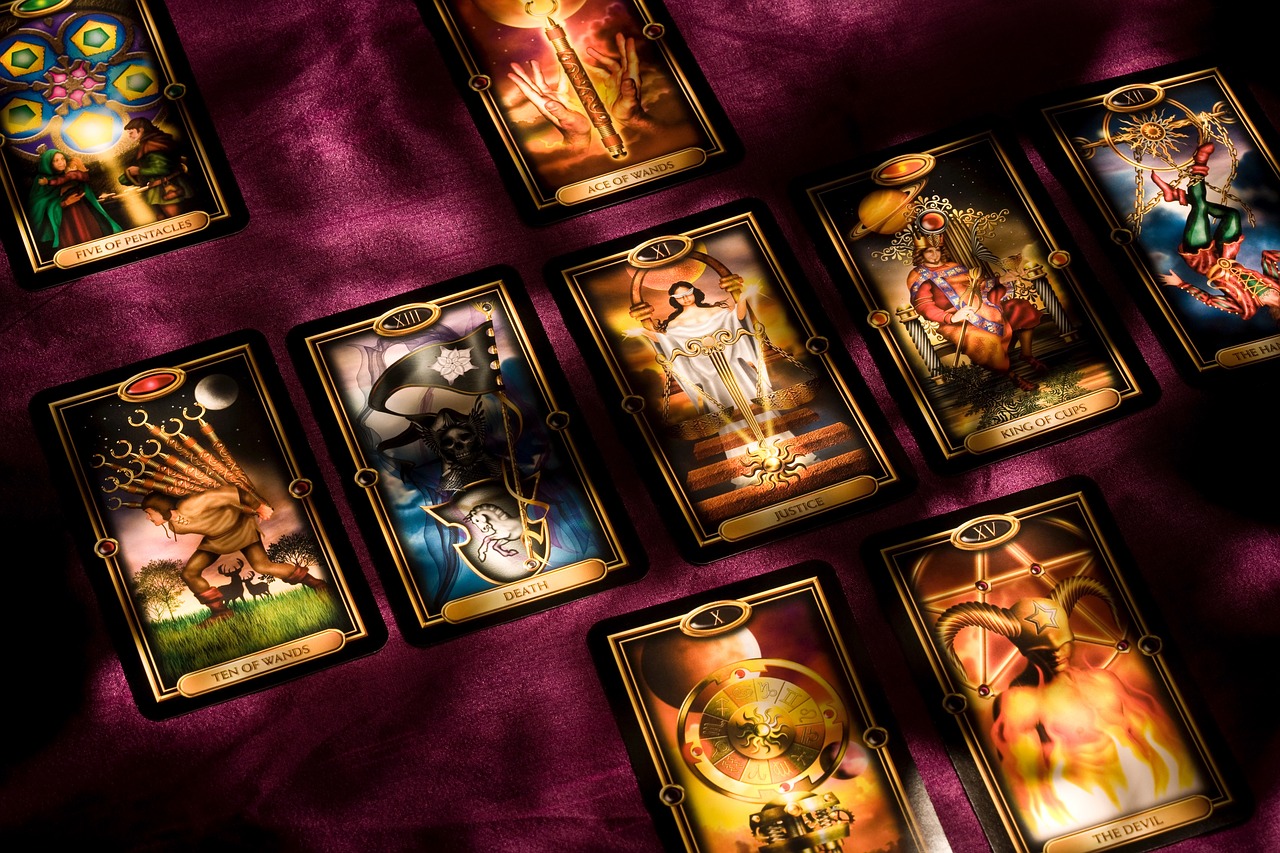 Tarot decks don’t just offer a glimpse into the future, they also provide insight on a tarot reader’s personality. While readers may take several approaches when it comes to choosing the “right” deck, often they are guided by the primary question: “Does this deck speak to me?”

Perhaps you haven’t yet found that one compelling deck that pulls you in upon first glance. Or, maybe you have, but have outgrown it after several years of readings. Whether you have only a few tarot decks or several dozen, if you’re looking for something pretty to add to your collection we have you covered. Here are the vivid and intricately designed decks you didn’t know you needed until now. These decks are so pretty they are guaranteed to make your friends, clients, and everyone in between leave a reading in awe, along with a little taste of what’s to come.

The Mystic Mondays Tarot Deck may not strike many as traditionally pretty--it doesn’t have any frills, flowers, or faint colors--but it sure knows how to catch someone’s eye. The deck has a modern vibe, portraying images with abstract shapes, limited details, and most notably, vibrant colors that pop right off the cards. Mystic Mondays seamlessly balances the pretty with the contemporary all while exuding bold energy that can be felt across the room. It is the perfect deck for an out-of-the-box reader who likes to make a statement and defy convention, but to do so with an eye for beauty.

The Light Seer’s Tarot Deck has realistic and vibrant images of people as they do their daily tasks in everyday settings. Needless to say, this contemporary deck with a magical edge is very pretty. But the beauty of this deck extends well beyond the pictures seen on the cards. Created by Chris-Anne, the Light Seer’s Tarot Deck is meant to expose people to the lessons that can be learned by paying attention to both the light and dark sides of their nature. The Light Seer’s Tarot emphasizes reflection and helps those who interact with it understand the facets of their lives that are in most need of illumination. Not everything about life is pretty, but the Light Seer’s deck will make what lurks in the shadows seem a little less bleak.

Color in the Weaver Ascendent Tarot Deck is limited, but when it is used, it shines. The black cards in this deck give it sleek and minimalist aesthetic but the detailed two-dimensional illustrations are emphasized through a dynamic range of colors. This deck keeps a low profile that is perfect for the unassuming reader who likes to approach beauty a little cynically. A little pricier than most, the Weaver Ascendent deck may not be for everyone--although it is gender neutral--but it does show that there is a pretty deck out there for everyone to appreciate, even those who don’t typically indulge in decks with flashy displays.

For those who like the images on the Weaver Ascendent Tarot Deck but don’t vibe with the deck’s dark tone, the Weaver Journeyer Tarot Deck might be a more fitting option. Similar to the Ascendent deck, the Journeyer deck has simple two-dimensional images, but in this deck they are drawn in gold. The images, set on cloudy blue and purple holographic backgrounds, have a magical energy and look different from every angle, making readers feel like they are living in a dream. Like the Weaver Ascendent, this deck is skewed toward the pricier side, but it’s captivating images show that there’s no doubt it could benefit any tarot deck collection.

Whether the constellations speak to you or not, you can’t deny the prettiness of the Constellation Tarot Deck. Just like the stars in the sky, the gorgeous design of  this deck radiates, which makes it a great addition to any reader’s collection. The deck has hand painted images of planets and constellations and each card is surrounded by borders of stars to match the others in the deck. The Constellation Tarot Deck is suitable for a range of tarot readers of all levels, as the cards are straightforward for beginners but also provoke more advanced readers to draw upon other tarot symbolism and experience through the spiritual images.

The Hush Tarot Deck merges human and animal-like forms into realistic and detailed creatures. The cards, which provide a stark contrast between the dark creatures portrayed on pale and calming backgrounds, make the set appear less like a tarot deck and more like pages out of a fairy tale book. But even on cards with a darker color palette, the artwork remains just as intricate and stunning, making it an aesthetically pleasing asset to any tarot reader’s collection.  This deck explores beauty through the lens of the fantastical and is a surefire way to complement other traditional decks with some imagination.

The AE Waite Holographic Tarot Deck offers a modern take on the classic Rider-Waite deck, the first deck used for divination. Just like the original Rider-Waite deck, the cards are easy to follow and understand, making them an ideal deck for beginners. But don’t be mistaken--the AE Waite Holographic deck doesn’t look common. The cards have a holographic shine that places traditional images on a mesmerizingly colorful background. This deck is the perfect way to combine simplicity with beauty--although it certainly won’t look simple to anyone who’s getting a reading.

Loosely by Victorian Era posters, the 5-Cent Tarot Deck showcases intricate images of animals and insects all while using certain human accessories to capture a lighthearted tone. The deck’s fine details and soothing color palette, composed primarily of earth tones, exudes a natural energy bound to keep anyone who uses them calm and grounded. But for those looking for iterations on energy, the deck comes in several different background colors, including twilight, graphite, robin’s egg and lavender. Not only does the 5-Cent Tarot Deck provide gorgeous images suitable for any display case, it’s vintage typeface will make you feel like you’ve traveled back in time.

The images used in the Prisma Visions Tarot Deck are so stunning they may as well belong in an art museum. Created by James R. Eads, the Prisma Visions Tarot Deck has a more traditional feel as it uses images of human forms and objects found in nature. Small and vibrant strokes of color are accentuated on cards with a navy blue background creating a nighttime ambience. In doing so, the deck’s images emit a calming energy while framing everyday objects and scenes in a new way. Even when added to  a large tarot collection, Eads’ Prisma Visions deck is certain to capture every day images in a beautiful and refreshing light.

Whether you lean toward something more traditional and simple, or you’re a fan of the fantastical, it’s important to choose the tarot deck that fits your energy. With that being said, there’s always room for something pretty in every tarot deck collection regardless of its size. So, which pretty deck do you need to add to your collection?

Kaitlyn Nuebel is a junior at the University of Pittsburgh with double majors in nonfiction writing & communication and rhetoric.
See All Posts >>