Meditate and Unblock Your Chakras: Avatar the Last Airbender Style 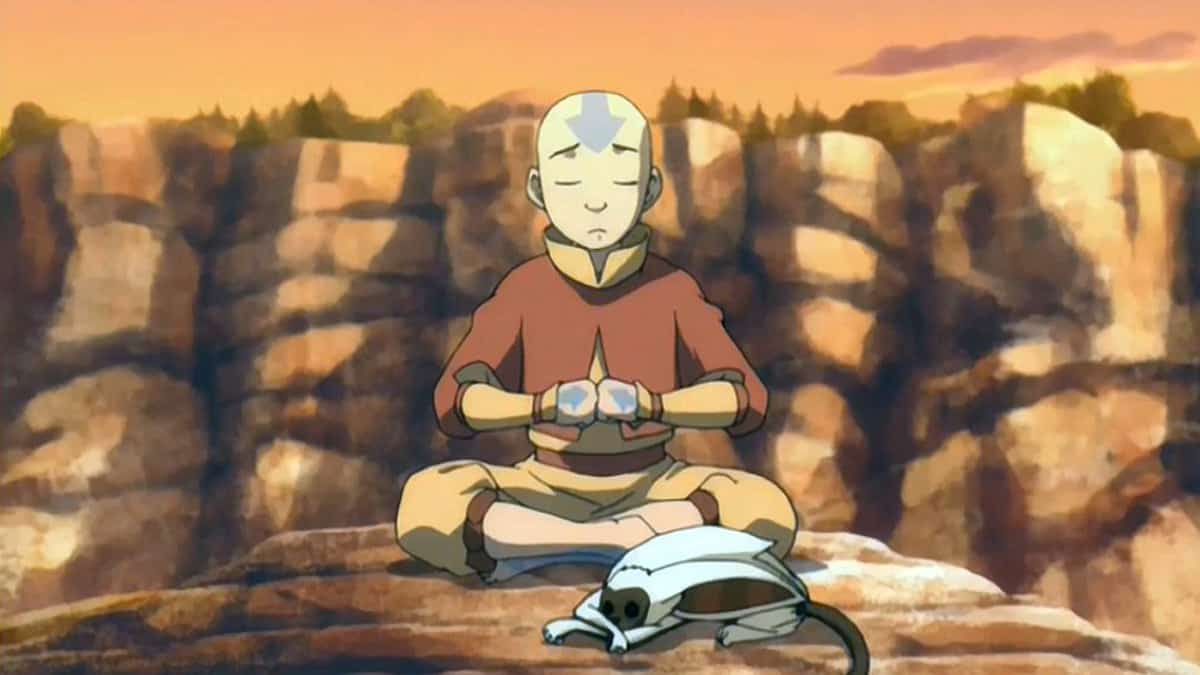 While it’s important to realize that Avatar the Last Airbender was a Nickelodeon show made for children, the teachings of Guru Pathik are not identical to those of the chakras found in the world’s religious systems. They have been simplified so we can better understand them. The names of the chakras, their associations and some of their locations have been altered to fit the parameters of the show.

With that out of the way, let’s begin the way Guru Pathik taught Aang. Imagine a creek with seven pools of water -- each connected and flowing with the water in every pool swirling around in a circle. These pools are our seven chakras, with energy flowing around them in their locations within our bodies. However, Guru Pathik tells Aang that life is messy and like the creek -- debris falls into it and creates blockages so the water can’t flow. We must remove these to allow the water, and our energy to flow again. When the blockages are removed, the chakras are open -- and when all of the chakras are open, Aang can enter the Avatar State. While us as humans may not be able to enter the Avatar State -- with all seven of our chakras open we will, “Have complete control and awareness of all our actions.” -- Guru Pathik.

So, now let’s discuss how to meditate like an Avatar so we can open our seven chakras:

The Seven Chakras According to Guru Pathik

Starting at the Bottom and Working to the Top

This is the order in which Aang will unlock his chakras and also the order we will discuss them in the next section.

How Did the Avatar Unblock His Chakras?

If you watched the show, Guru Pathik and Aang meditate in the lotus position when Aang opens each of his chakras. This is a cross-legged position and each foot should be placed on the opposite thigh. There are a few variations for your hand placement -- rest hands on the knees and leave the palms open, face up with fingertips pointing straight out or with palms facing up and bring your index finger to meet your thumb, forming a small circle. Or another variation with your arms bent at the elbows and both fists pressed together at your body’s center.  Now you are in lotus pose.

For the fire chakra, Guru Pathik asks Aang what his biggest fears are -- and in his mind Aang visualizes each of his fears. He must let them go -- let them flow down the creek so that this chakra can become unblocked.

Meditating behind a waterfall, Guru Pathik asks Aang to identify all of the guilt that weighs him down -- what experiences, problems or occurrences do you blame yourself for? He must learn to accept these feelings, or they will poison his energy and cloud his judgement. If you want to open your water chakra -- forgive yourself and let go.

Guru Pathik tells Aang that the fire chakra is the center of willpower, but is blocked by shame. He then asks Aang to visualize what he is ashamed of and recognize his biggest disappointments within himself. To open this chakra -- he must learn to love and accept all parts of himself, even mistakes made in the past.

Located in the heart, the air chakra is blocked by grief. So, Aang must recognize where his sadness is coming from and release it. Even though he has felt immense loss -- the love of the people he has lost is not gone. Guru Pathik says that, “Love has not left this world, it is still inside of the heart, and is reborn in the form of new love.”

The sound chakra is blocked by the lies we tell ourselves. Aang recounts not telling Katara, his love, that he was the Avatar -- because he didn’t want to be, but it remains a part of himself that he can’t reject. To open this chakra -- release internal denial and the lies you tell yourself and learn to accept whatever that may be, because we cannot lie about our own nature.

The sixth chakra, the light chakra, is blocked by illusion. Guru Pathik explains that the greatest illusion in the world is believing things are separate -- everything is one in the same and interconnected. He uses the example of the four elements -- fire, water, earth, and air -- and explains that even though they are different, they make up individual parts of the same whole. To open this chakra -- understand the interconnectedness of the world and all things within it.

The final chakra -- the thought chakra -- is the most difficult to open, but it will give Aang the ability to go in and out of the Avatar State as he pleases. In this state, he will possess complete control and awareness of his thoughts and actions. This chakra is directly connected to the cosmos, but is blocked by earthly attachment. Guru Pathik tells Aang to meditate on what attaches him to the world. So, to open this chakra -- let go of earthly attachment and desires -- the things that hold you back from being free. Letting go of attachments does not mean they have to disappear, but once we release them we can connect to a higher power.

Aang originally fails to open this chakra -- but later is able to open it. When you are attempting to open each of these during meditation be sure to visualize each of the things that block that specific chakra of yours. Meditating on your emotions, thoughts, and experiences is the best way to understand how they hold you back and learn to accept and release them.

Be Your Own Avatar

Even though we aren’t training to enter the Avatar State, Avatar the Last Airbender can teach us how to open our chakras just like Aang. The TV show gives you a simplified version of the chakras, but mostly the same idea as if you would be trying to open your chakras, so you can do this too!

As Guru Pathik brings up each chakra, Aang goes into meditation and visualizes the emotions, thoughts, and experiences that hold him back. This kind of meditation can be done on your own time, wherever you may be. As he thinks about the different blockages, he visualizes them in the color which the real chakras are represented by. Color visualization can be incorporated into your meditation.

Each time Aang ceases meditation, he has opened the chakra Guru Pathik has asked him to focus on. This is where it’s important to remember Avatar the Last Airbender is a children’s TV show. Even though Aang makes opening the chakras look easy, this might not and probably won’t be the same experience you have. Mastering open chakras may take years -- well into old or middle age, but Aang does it, in say -- ten minutes. So, do not let this discourage you from your practice. Helpful hint -- the crown chakra aka thought chakra is said not to be developed until you are 42-49 years old! This is because life experience and wisdom needs to be cultivated before the crown chakra can be opened.

So, even though we aren’t in pursuit of becoming the next avatar, opening your chakras through meditation can be very beneficial for your health and mental well-being. When all of the chakras are open we will have complete control over our thoughts and actions and be able to understand the interconnectedness of all beings -- everything in the world is all one part to the same whole. We will also be able to connect with the divine and the higher power within ourselves. The energy within our bodies will be evenly free flowing because there will no longer be blockages or the symptoms associated with them. When this happens you will be your own Avatar with control over your whole body!