It All Falls Down: The Tower Moment 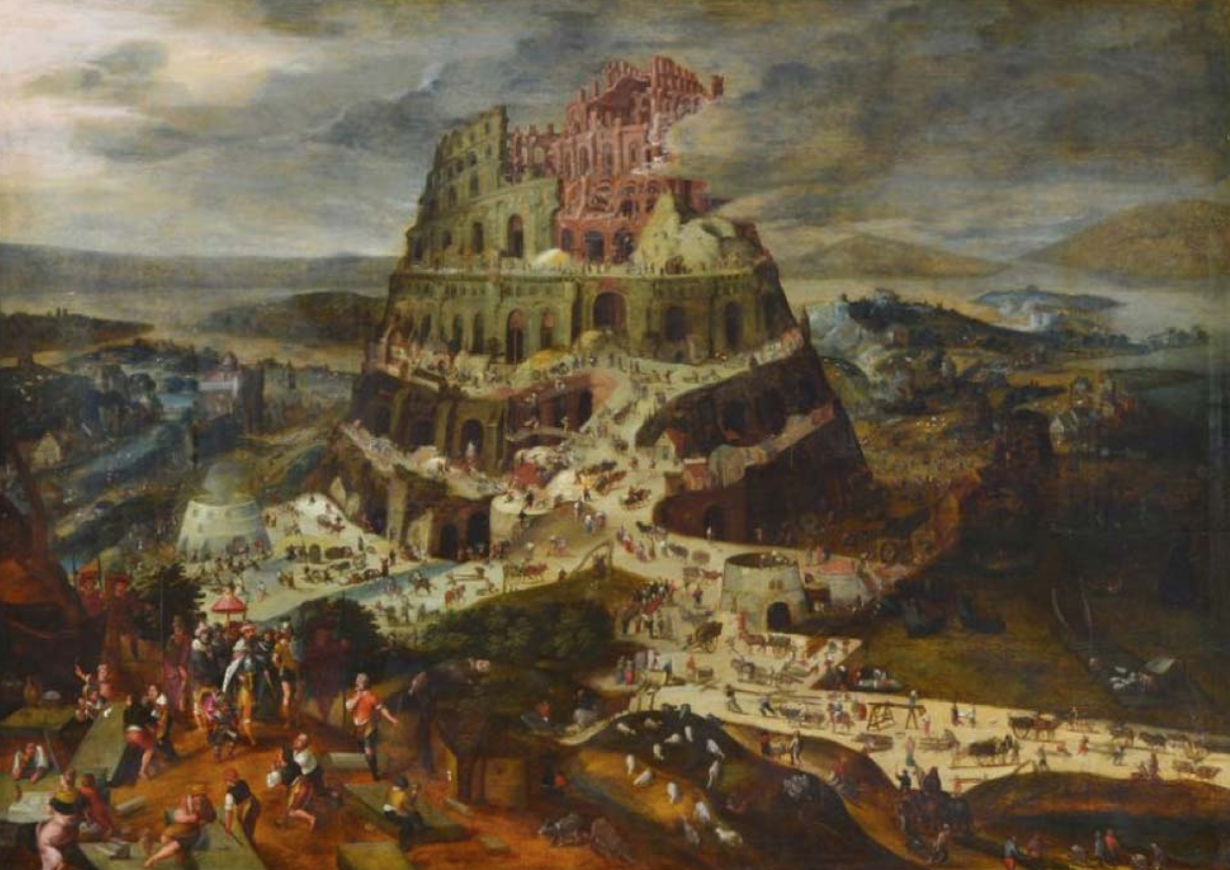 “The Tower of Babel” image courtesy of Ancient Origins.

The media spends much time overblowing and misinterpreting the Death major arcana card, but it is The Tower that causes most tarot practitioners to think “Well… shit.”

Card slingers know that when The Tower looms, it’s all about to crash to the ground, but for very good reason:

You can brace yourself and the foundations all you like, but The Tower just got hit with an earthquake. So let’s take a closer look.

Take a good look at the traditional Tower card imagery, and it’ll give you all the clues you need to determine that Chaos is about to kidnap you, throw in the trunk of your own car, and speed over the worst potholes in town and then dump you in unfamiliar territory to survive however you can.

Just look at it-- the stone tower that everyone thought indestructible is struck by lighting, is clearly falling over, and frightened people are thrown into the air without parachutes, tumbling towards the earth and what feels like certain death.

That’s the ultimate message of The Tower card: it’s big and bad and shaking things up, but it’s not the apocalypse quite yet. What you thought was on solid foundation was actually built on falsehoods and illusions. Whatever is falling apart or changing isn’t happening to your detriment-- it’s happening for your own good.

Everything has to fall apart, so that you can sort through the rubble and rebuild stronger and better. What existed before the upheaval couldn’t last and shouldn’t survive, but it had been going on for so long that only a lightning strike could shock you into moving on.

Let’s look at the art again for a moment. Did the figures really get thrown from the fiery tower, or did they jump to try and save themselves? They could be the very figures we once saw chained to The Devil-- perhaps the explosion freed them from their slavery to petty addictions? The lightning that strikes destroys, but it also is a massive flash of inspiration-- what it destroys was blocking you from creating a new future. And the tower hasn’t fallen… yet. It still could-- it looks about to do so. But there is enough left to help you learn what to do differently next time. Notice how the top of the tower that’s been blown off looks like a crown-- this reminds you that there are forces at work here that are beyond your control, and they serve your highest good. This is meant to happen. Let it.

When looking for keywords for The Tower card’s meaning, think chaos, massive change, necessary destruction, and upheaval. But most importantly, remember that it’s NOT “The End” of you.

Tower Moments are tough, but they forge into stronger beings and force us to create new paths and futures. Without our Tower Moments, we’d be mired in toxic ruts. So don’t run from The Tower… live through it. After all, the next card is The Star for a reason.

Growing with The Tower

The point of The Tower is massive, necessary change and it can be very hard to navigate that. But that’s where the growth happens, and that makes you more authentically you and stronger.

If you are experiencing a Tower Moment, take the time to build up your self-care. Make an appointment with your therapist, or if you don’t have one, get one. Alert your support network that you need them, and make sure that you have the structures in place at work that will help you be professional through this upheaval.

Or, if work is the upheaval, seek out other resources such as resume workshops, LinkedIn Learning, and career counselors. Maybe you want to enlist a life coach.

If you take medicine, make doubly sure that you’re taking it correctly and on time. Feed your body and soul the healthy things it needs.

The Tower comes to you in a time of lessons. Check in with yourself and take the time to do your shadow work. Tarot is a great tool for shadow work, and The Tower is usually a clue-by-four that something is unhealed and festering. If your therapist is open to it, you could even try to incorporate tarot and shadow work into your sessions.

You can also try a Tower Card Meditation to help you build a safe place inside you to re-center and give yourself breathing room. Journal about your thoughts before and after. Note where tension is before and where it isn’t after.

What if your Tower Moment isn’t here yet? The Tower card is a message to be honest, get your ducks in a row as best you can, and be open to change. It might not be all bad.

That’s the other key to interpreting The Tower. We’re so used to BIG CHANGE = BAD that it can be hard to imagine that the upheaval of Tower Moments can be anything but a trial to endure. But that’s not always the case. The key is in looking at the cards around The Tower, and where The Tower is placed (it’s function/role). Aren’t promotions at work Tower Moments? What about sudden overseas job opportunities or sudden chances to take a dream vacation, but only if you act RIGHT NOW? Even these big but wonderful changes cause chaos-- the promotion might mean learning a whole new role in a company you thought you knew, and now don’t recognize. Moving internationally requires slews of paperwork and errands and planning and sacrifice. Traveling on short notice means rushing about on errands, packing, finding someone to watch the house, and making sure tickets and passports are in order.

There’s an old expression: “Bloom where you’re planted.” But The Tower rips you out of the ground and there’s no knowing if you’ll get transplanted or thrown on in the compost pile or rubbish heap.

That’s okay. Grow anyway. Trust the tarot process-- The Star will help guide the way once The Tower has fallen.

Putting it all together in a reading

Let’s give you two sample readings with The Tower card-- one we’ll work out for you, and one you can try yourself with our guide and leave your interpretation in the comments below. This time, we’re not going to give you context. We want you to focus on the cards’ message, which doesn’t always require context to be valid. We’ll stick to a 3-card, past-present-future layout.

First up, you shuffle and The Tower flies out of the deck. You sigh, set it down properly, and in due course The Tower is joined by The Chariot in reverse and The Fool. A very powerful combination, indeed!

Do you agree? How would you interpret those cards without context?

Now we’ll give you an example to try on your own. This time we’ll give you a situation for context. Leave your interpretation in the comments below-- remember to be kind, and ask questions without making people wrong. You want to grow your skills and so do they, so be supportive.

Let’s say that you’ve got a family event coming up, such as a milestone birthday party or a holiday spent together. You decide to do a card reading about it-- you might not even be sure why. You clear your mind, shuffle the cards, and ask about the event. You lay down in this order (3 cards, past-present-future):

You also decide to draw a clarification card, and get the Page of Wands (inspiration, a message of creativity, the spark, discovery).

Think about how the meanings of the cards work in their role, and relate in their role to the situation. Meaning + role/function + context (or not) = interpretation.

We hope that the next time you draw The Tower that you won’t shy away from reading it. Don’t pop it back into the deck and re-shuffle, hoping to get a “better” card. Put it down and work with it.

Trust us-- it won’t be easy, but it’ll be totally worth it.