8 Yoga Poses For Your Crown Chakra 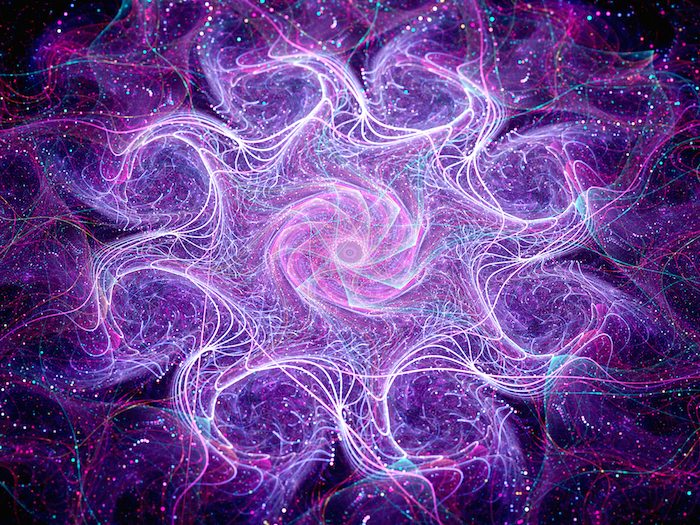 Says the vendor: What can I get you?

Says the Buddha: Make me one with everything.

Facetiousness aside, this drive to become “one with everything” is common when exploring meditation, energies, and chakras. What not everyone knows is that this drive for overarching balance and understanding is closely related to one chakra in particular. This is the Crown chakra, the Sahasrara, the Thousand-petaled Lotus. As with all chakras, there are a variety of ways to unblock the Crown chakra, but what we will focus on here is balancing through yoga.

In this article, we will explain...

What is the Crown Chakra?

Perhaps the most vital aspect of the Crown chakra is its focus on balance. The Sahasrara encourages clarity and awakening through balance of the Shiva and Shakti (masculine and feminine sides), the spiritual and physical, the internal and external worlds. For this reason, all chakras tend to come together in relation to the Crown chakra. This is why an imbalance in the Crown chakra can affect us even more than another blockage might.

The Sahasrara is associated with thought, the brain and the nervous system, and is connected to the pituitary gland as well as the hypothalamus and pineal. It is often considered to be located at the crown of the head, but this is not entirely accurate. Rather, it is located just above the crown of the head, and not wholly a part of the physical person. Its color associations are white, gold, and deep purple, although some depictions of the thousand-petaled lotus show the petals in a rainbow of colors. Another interesting association is with silence, “the language of the divine,” which makes the Crown chakra uniquely suited to connection with yoga.

On the flip side, and unbalanced Sahasrara can have a variety of negative side effects, including (but not limited to)...

It is important to note that the point of focusing your Crown chakra is not to “unblock” it or “align” it with your other chakras, but rather to align our awareness with the state of our chakras and allow ourselves to heal as we become one with the universe.

Lotus Pose is one of the poses that often comes to mind first when people imagine yoga. Place a foot on each thigh and keep the posture erect but not taut. Make sure not to strain your muscles; if you are not yet flexible enough for Full Lotus, variations such as Half Lotus exist.

Although the rest of this list is presented in no particular order, it may be a good idea to begin with Lotus pose. Lotus is traditionally a good preparation for deep meditation and is ideal for awakening. Close your eyes, relax your face, and concentrace calmly on the Crown chakra and on the Third Eye.

One of the best yoga positions for the Crown chakra, the Headstand is also one of the hardest. It is important not to try to go into it too quickly, but rather to build up to the pose, as rushing it could lead to serious injury. A proper supported headstand involves balancing the body’s weight and developing strong core muscles, which in turn leads to feelings of steadiness and buoyancy.

Hold the pose for five full breaths, or more if you are comfortable doing so. Focus on smooth and regular breathing, and appreciate the balance that allows you to hold this pose while easing into your breath.

Much simpler than the Headstand, the Rabbit is still just as beneficial to the Crown chakra. Kneel down, then lower the crown of your head to touch the floor. Reach your arms back to cup the heels of your feet with your hands. This position grounds your Crown chakra, allowing a deeper connection. For this reason, your head should not be pressed to the floor, but rather lightly touching it.

This position contracts the abdomen, lifts the back, rolls the hips and shoulders; every part of the body is moving in a calculated flow. Just as with the chakras and with the universe as a whole, the body works as a unit to produce something so apparently simple. And also just as with chakras and the universe, the position is not entirely static. Be aware of how your chest expands with each breath, and how that affects the rest of the body.

Corpse Pose appears at first to be the simplest of all positions, and almost seems as though it should not count as yoga. But remember the intricacies of the universe, the chakras, and the body, and realize that the simplest things can be the most complex. In the words of yoga master Bellur Krishnamachar Sundararaja Iyengar, “It is much harder to keep the mind still than the body. Therefore, this apparently easy posture is one of the most difficult to master.”

Practicing Corpse Pose hones detachment from expectation, judgments, and trivial attachments, allowing a more natural connection with the universe. Try visualizing a bright white light entering the crown of your head through your Crown chakra and traveling the length of the chakras and the spine with every inhale. As you exhale, the light retraces its journey, once again traveling along your energy field.

Crocodile is another apparently simple yet vitally beneficial position. Ideally, while in Crocodile, you will relax your entire body, reducing stress and tension and clearing the mind. With each breath, relax your body more and more, again focusing on the simple interconnectedness of your entire body, as with the universe.

The white light exercise suggested for Corpse Pose is also a handy visualization to use for Crocodile. Instead of focusing on the simple interconnectedness of the body as a whole, focus specifically on the body’s asymmetry as you breathe. The Crown chakra oversees the connection between apparently opposite things, so try to embrace this by making the transition from inhale to exhale as smooth as possible.

Depending on your preferred method, either begin in Child or Hero pose or begin sitting on or between your heels. With the fingertips behind the feet pointed in line with the feet, assume the arched position depicted in the image. Avoid any unnecessary gripping or tension, and be sure to look forward rather than up or back to avoid tension on the neck.

Half Camel Pose inverts the usual positioning of various body parts while still proving the body’s ability to seamlessly fall into place. Focus on your breaths, making sure they are even and steady, and visualize the energy that your free hand reaches toward. This is the energy of the universe.

Cow Face Pose is one of the most fascinating yoga poses for its visual appearance and for the way it seems to tie the body in loose, relaxed knots. Yoga International details how to properly assume this pose. Some details to pay attention to include making sure the edge of your foot is pressed to the mat, the hands are clasped or are otherwise each holding opposite ends of a strap to retain tension, and that all aspects of the body maintain a gentle pulling action.

The main focus of Cow Face is the abundance of push and pull and balance along the entire body. Focus on the ways the body appears at first to be at odds with itself, but ultimately reveals itself to be balanced. Picture the bigger picture of the universe characteristic of the Crown chakra, and realize the inherent alignment of the chakras and of the universe.

Another well-known pose, Tree Pose is a simple but highly effective position for channeling the energy of the Crown chakra. Balance on one foot with the other braced against the thigh, and gently press your hands together in front of you.

Tree Pose allows your energy to travel from your roots to the crown of your head, aligning all of the chakras and encouraging balance and rejuvenation. Visualize this energy as it travels, and appreciate the balance of the body and the universe.

Yoga and meditation are an ideal way to channel the energy of the Crown chakra. The Sahasrara allows us insight beyond our personal visions and preoccupations, and lets us reach a better alignment with our chakras, and thus, with ourselves.