What Happens When You Pull the Nine of Pentacles Tarot Card? 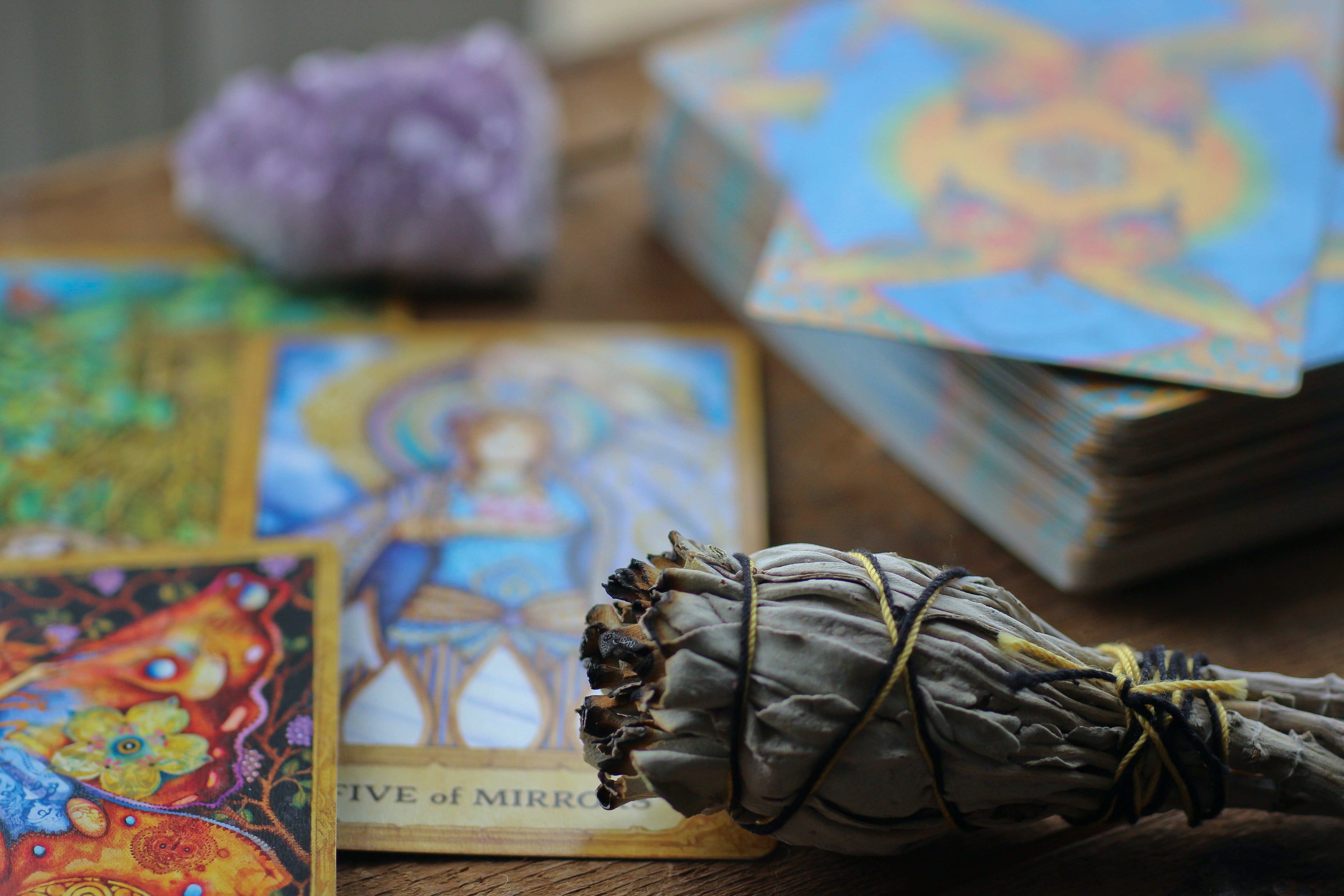 The Nine of Pentacles represents success, wealth, and abundance. Here’s what it means in life, in love, and in reverse.

The Nine of Pentacles tarot card is the ninth card in the pentacles suit, which begins with the Ace of Pentacles, and ends with the King of Pentacles. This suit is all about the material aspects of one’s life; finances, property, work, and belongings. The suit also corresponds with the Earth signs in astrology; Capricorn, Taurus and Virgo, which makes sense because Earth signs are known for their practicality, strong work ethic, and being financially motivated.

In this article, we will look at:

The Symbols of the Nine of Pentacles

Each one of the symbols on the card itself carry a meaning with them, from the trees in the background to the bird in the woman’s hand.

The castle symbolizes wealth and security, a sign that the woman has everything she needs, as her castle stands tall behind her, near the tree of life. In the tarot, a castle can symbolize several things, but most importantly, it symbolizes a reward, far in the distance, which is often the result of an important investment.

The Trees and Grapevines

The two trees on either side of the card represent life and knowledge, and can also symbolize balance in one’s life, as they are perfectly situated on each side of the card. The grapevines symbolize blessings and abundance in the tarot. This makes perfect sense when discussing the Nine of Pentacles, because the card itself symbolizes materialism and finances. The grapes are the fruit of labor when it comes to working toward a goal, and mean that “the best is yet to come.”

According to Building Beautiful Souls, the falcon represents the god Osiris reborn, meaning victory and the materialization of hard work. In tarot, the falcon symbolizes control and focus, particularly on a goal. As a falcon preys on their food with extreme accuracy and skill, one may use the same behavior when working to reach a goal.

The yellow both in the sky and in the woman’s dress represent optimism, success, and happiness. In tarot, yellow can also mean wisdom and success. Each yellow card in the tarot represents some form of optimism about the future, which translates well with our Nine of Pentacles. As for the hints of red in the woman’s dress and beret, it represents power. In tarot, red symbolizes leadership, ability, and strength as well.

The woman stands tall in a beautiful vineyard, seemingly basking in the glory of all she’s accomplished. As a symbol of success, she has accomplished her goals, and is surrounded by the fruits of her labor; her castle, the trees, the grapevines, and the falcon in one hand while the other is resting on a stack of coins.

Upright vs Reverse Nine of Pentacles

Receiving this card in the upright position means an abundance of success, and enjoying the fruits of your labor. It does not mean you are being materialistic, just that the hard work that’s been done has proven to be prolific. The abundance that this card represents isn’t necessarily physical, it can be spiritual and representative as well. It symbolizes what’s to come, meaning wealth and success. Whatever you’ve been working towards, whatever you desire, will soon be yours, if it isn’t yours already. The woman in yellow surrounded by her successes represents the recipient of the card.

The Nine of Pentacles represents your ability to sit and observe after a long period of hard work, a chance to reflect and enjoy what you have after working hard to get it. Not to say that your work is done, but rather to give yourself the opportunity to enjoy how far you’ve come.

It is also a sign of financial independence. According to Biddy Tarot, the woman on the card has created an abundant life for herself, and “encourages you to do the same.” The woman is where she is because of herself and her dedication to creating a life for herself.

This card embodies girlboss energy. The woman is an example of the power of femininity and success. The card also gives the suggestion to treat yourself – after all, you’ve gotten this far, and worked hard for what you have.

The Nine of Pentacles may also represent your relationship with nature, as the woman is surrounded by the trees and the grapevines. It can be a sign that you use the energy of nature to benefit you, to use it as a tool to bring good vibrations into your life.

The Nine of Pentacles reversed isn’t necessarily a bad sign. It can represent a period of growth in one’s life, a time of change. It can be a sign that you feel unworthy or unsure of yourself, primarily in work. You know where you want to go, but you lack the confidence to get there just yet. You may not feel ready to do everything the woman in the card does, i.e., bask in the glory of your accomplishments, treat yourself, and enjoy the fruits of your labor.

The reverse Nine of Pentacles could mean that you are too busy working all day, every day, that you forget to stop and enjoy what you’ve accomplished, and recognize your own hard work.

It’s a sign that you’ve been too hard on yourself, and it’s time to stop and indulge in some self love. It can also mean that you have not been spending enough time with those around you, and it may be time to take a day off work to spend time with family and friends. The reverse is sort of a gentle reminder to reflect on your daily life and see if perhaps you are spending a little too much time working for the life you have, and not enough time simply enjoying it.

The Nine of Pentacles in Love

The Nine of Pentacles can be interpreted with love and relationships as well. The woman on the card has everything; wealth, happiness, abundance. The one thing not depicted on the card is her partner. Upright in love, the Nine of Pentacles can be for those who are single and ready to be in a relationship, meaning they’re content in all other aspects of their life. It can be a sign of some sort of change and growth, but only on your terms, and only if you truly want a partner. It also symbolizes that you have high standards for love. Even if you are in a relationship, the card can be a suggestion that you both have independent lives and that it’s okay.

If the card is in reverse, it can be a sign that you are not allowing someone into your love life, that you are too independent or proud. You are missing the person to share your abundance with. This could be a sign of needing some self-reflection. Perhaps you’ve been so driven by work and success that you’ve put love on the back burner. If you are with someone, it can mean that you are still very guarded and that it’s time to show them your true self. It could also be a sign to reevaluate the relationship, and work out any issues that may be present.

The Nine of Pentacles is a unique card that can mean a few different things, but ultimately symbolizes success, abundance, and financial wellbeing. Upright, it’s a sign to stand back and look at all you’ve accomplished, and enjoy where you are in life. In reverse, it could be a sign to step back and make some changes in how you spend your time.