Understanding the moon’s impact on our lives 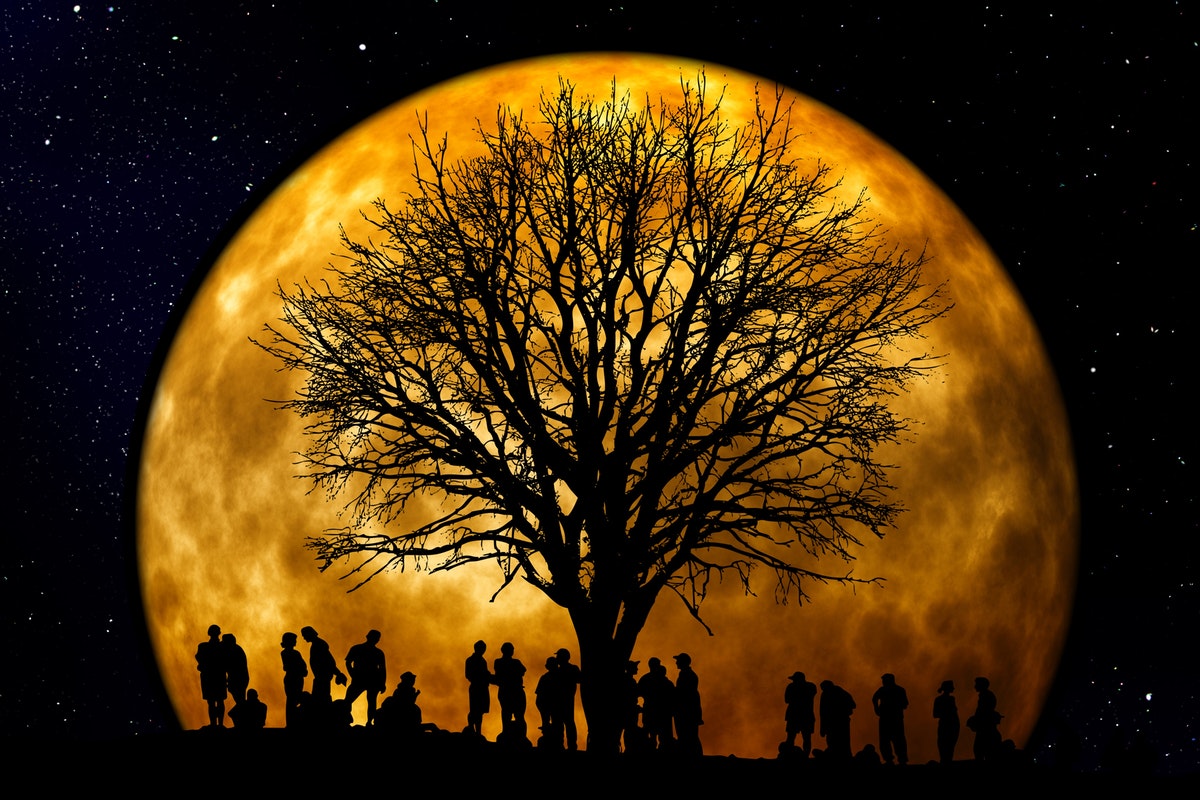 “They fuck you up, your mum and dad,

They may not mean to, but they do.

They fill you with the faults they had

And add some extra, just for you.”

Philip Larkin, This Be The Worse

Moon is a sign of mysterious, it has a veiled beauty and it is the night goddess of the sky. The moon itself does not glow but takes it from the sun. If the sun represents the conscious of a person, then the moon represents the unconscious from the deep side down your inner soul. The moon is hiding behind the sun.

When people are curious about someone’s zodiac, they usually would ask: “hey! what’s your sign?” Normally, they are asking the sun sign. The sun sign is indeed important in your birth chart, it shows your life purpose, your style, even your destiny. However, if you want to explore more about the inner soul of one person, before you two become closer or live together, when the time is not too late to regret, knowing her or his moon sign is vital, because the moon sign represents emotions, desires, and subconscious feelings. You will never know what’s behind one’s masks until they really show you.

Let’s find more secrets of the moon from different angles:

If you want to know more about the influencing factors of human emotions and behaviors, please visit chakra anatomy in our blog.

The Mythology of Moon Signs

Dating back to the ancient mysteries while chasing the moon

In Greek, people called her goddess Artemis; in Roman, people called the luna goddess Diana. Diana has a twin brother, Apollo. They are the offsprings of Leto and Zeus. She protects young women and wild animals. People described her as courageous and determined with purity and virtue.  The hunter Actaeon becomes a stag after he peeped Diana bathing naked, which shows the absolute purity of the luna goddess.

In Greek Mystery, there is another goddess who also related to the luna power, Demeter. Unlike Diana, this goddess is a mature mother with the power of fertility and harvest.  She was in deep grief while Hades（the king of the underworld) abducted her daughter, Persephone. After that, the earth became barren and lifeless. This story proves the huge power of luna's mother's fertility.

If you want to know more about the luna gods and goddesses' information, please check Moon Gods and Moon Goddesses.

How the oon influences Human needs and moods

One aspect your moon sign will influence is the type of mother you have and the impact she has on your personality. Since a person’s behaviors and habits start to be established when they  were a baby, your mother and her role has a great influence on your future. In this way,  the moon sign symbolizes that part of an adult is still a baby, which is needy and vulnerable.

The moon also describes the actions we would take when we feel unsafe. It also shows the things we tend to become closer to make us feel better and safe. Here are some examples. If you have a Capricorn moon, then you may value social status and career satisfaction is vital to you. If you have a Cancer moon, then you may prefer to go back to your home or build a home by yourself to feel safe. If you are an Aquarius moon baby, then you prefer to keep a safe distance from others and likely march to the beat of your own drummer.

The moon is like a mirror, and reflects our different types of moods, whether it’s anger or joy. A full moon can make you easily promote some impulsive behaviors. "Police and others who track violent crime, serial killers, etc. believe that full moons may trigger more violence than at any other time of the month," spiritual counselor Davida Rappaport said. And there’s a great possibility that people would get insomnia during a full moon and easily get more anxious.

On the other hand, astrologer Kristen Fletcher said during the new moon, the energy available to people is low, which would make people more likely to be more introspective. What’s more, if you want to do your work efficiently and satisfyingly, one of the best options is doing it in the first half of the lunar cycle. As the moon is building and growing, so can your ideas and projects.

Through the metals, we could know the power of the moon better

Silver is one of the most representative metals of the moon's power. The color of the silver is just in the middle of the black and the white, this color belongs to the luna goddess Diana. It has several symbolic meanings :

With its purity and clarity features, witches use it as a tool to a way of higher spirituality. And people believe with the purest silver sword, they could kill the evilest creature, vampire or the werewolf. Also, just like the moon reflects the light of the sun, silver is the most reflective metal too. People use it to make mirrors. Because of its purity, this is why silverware is often silver for hygienic reasons. Moreover, Aluminium can also be made to the tableware and other metal which would be used to make cutlery, all of which is linked to the moon and its purity. For more information about the moon and the silver, see Sliver and the Moon.

Ava Sun is a professional writer, digital media art designer, and an astrology and tarot fan living in Pittsburgh, PA.
See All Posts >>