Understanding the Water Signs of the Zodiac

Breaking Down the Traits and Characteristics of Pisces, Cancer, and Scorpio 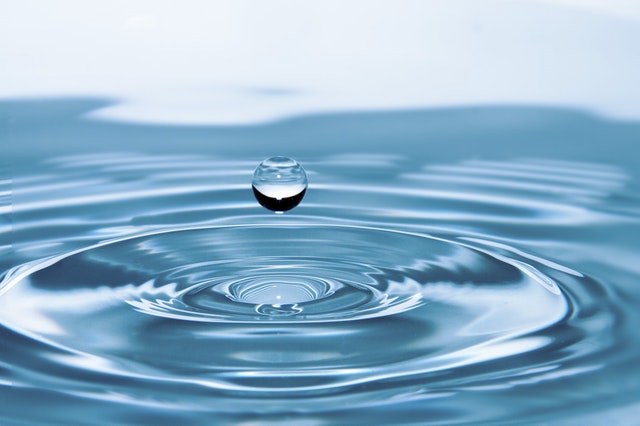 Water signs are grouped under a negative polarity, meaning they express more feminine and self-containing traits. Like a waterfall, water signs are known for their emotional, sensitive and empathetic traits -- they will cry whenever their emotions run high. Because they are extremely emotional, they are often very guarded and known for putting up walls -- which gives them a private and mysterious side. Similarly when it comes to making important decisions, they can be indecisive, since having various options leaves them feeling overwhelmed. They are known for being observant, but can become easily distracted and end up in their own world.

We will be diving further in depth by discussing how the element, ruling planet(s) and modality determine the individual traits and characteristics of each sign. We will look at the signs in the following order:

Pisces is often cited as the most emotional zodiac sign, and usually the most empathetic, compassionate, generous and attentive as well. They will do anything and everything to make those around them happy. However, their emotions can overcome them like a tidal wave, and they are known for their turbulent mood swings. If they have been repeatedly hurt, they can become emotionally closed-off.

They are very creative with a strong imagination and passion for artistic expression. They enjoy music, art, and writing, and are known for getting lost in a daydream. They are known for being a more spiritual sign and are constantly on a journey to find themselves.

Ruled by Jupiter, this planet is associated with spiritual growth, tolerance, expansion, good fortune, and miracles. Jupiter is also associated with long distance and foreign travel, so travelling is no doubt a hobby of most Pisces. Jupiter also symbolizes freedom and exploration -- which correlates to the large imagination and constant observations Pisces are making about their surroundings.

Pisces is also ruled by Neptune -- which is associated with artistry, empathy, dreams and fantasies, idealism, and illusion or confusion when it comes to discovering truths about the universe. Neptune influences the artistic and dreamlike nature of Pisces. It guides their creative consciousness. But also speaks to how a Pisces can sometimes be aloof or indecisive when making a decision.

As a mutable sign, Pisces are flexible and adaptive to change and new situations, and find it easy to change time and time again. They are resourceful and intelligent. They typically like to go with the flow, or ride the wave, and adapt to the norms of society, as long as changing is for the collective good of everyone.

Cancers have emotions that run high -- they are nurturing, intelligent, and have all sorts of thoughts and feelings going on upstairs. They wear their heart on their sleeve, and as a result are often very sensitive. They can be moody and closed-off to others when they feel uncomfortable. It can be heard to break through the shell of the crab, because they are often introverted and will come off as unapproachable to new people. But once the walls come down, they are loyal and protective of friends and family.

Because they are naturally instinctive, they find decision making to be a breeze. Their judgements are based on their emotions rather than logic or rationalizing a problem or situation. Because they are always thinking and feeling, the decisions occur quickly and they often don’t second guess themselves.

But, be warned, there’s a reason why Cancers are known for being, well -- crabby. As we’ve said, they wear their heart on their sleeve, so don’t cross the crab. They are known for retaliating and even being manipulative at times.

The moon is associated with emotions and motherly instincts as well as shyness and tenderness. The moon reflects a person’s intuition, unconscious habits, memories, mood, and ability to adapt to a situation. The moon resonates deeply with the Cancer sign and directly influences many of its personality traits. Since Cancers experience many changes in their emotions, this can be attributed to how the moon affects them. As with their mothering nature, they strive for security and are very concerned with family matters -- they often feel most comfortable around family.

Cardinal signs are dynamic, and are known for showing initiative and taking actions. This correlates to the swift and easy decision making of cancers. Cardinal signs are natural leaders and are known to come up with new ideas to set plans in motion. Cancers lead with their hearts. They are known for applying great force when it comes to action taking -- this is why Cancers can be manipulative, as they are quite forceful with their emotions.

Scorpios are often the most misunderstood of the zodiac. They are not always known for being a water sign because of their harsh exterior and fiercely independent nature. They are an extremely intense sign that is known for being equally serious and demanding -- they bring intensity to everything they do. They are also deeply emotional, but fear vulnerability. Because of this they typically present themselves as closed-off, mysterious, and secretive -- they don’t want to give anything away.

They keep their thoughts, feelings, ideas, and future plans to themselves to ensure they will be ahead of the curve. The scorpion is known to be resentful and a dignified champion at holding grudges. They can be incredibly stubborn -- it can be difficult to bargain with or change the opinion of a Scorpio. They are unapologetically set in their ways and tend not to compromise. Similarly, they value being in control and dislike when others have power over them.

While they are a tough nut to crack, they are honest and sincere. They are loyal to friends and family and will back them relentlessly. Gain the trust of the scorpion and they will stand by you until the end of time. They are brave and determined to chase after their dreams and ambitions. When they see something they want, they put all of their focus into it and don’t hold back until they achieve exactly what they set out to do.

Scorpios are ruled by the planet Mars. In Roman mythology, Mars was the god of war and bloodshed. Seemingly, Scorpios have inherited the ferocity of their ruling planet. The planet governs physical activity, sports, and competition. Mars is associated with strength, ambition, confrontation, aggression, energy, self-assertion and confidence. Like Mars, Scorpios are full on in everything they do. While they can sometimes be aggressive towards others, they are aggressive in achieving their goals. Scorpios could benefit from finding a foil for themselves -- an easy-going match that levels out their intensity.

It may come as no shock that the scorpion is a fixed sign -- meaning they are inflexible, have great personal strength and willpower, and find it difficult to adapt to change. Fixed signs are stubborn, and once they have a plan or an idea, they will stick to it and refuse to budge. They are known for perseverance and working alone -- they value independence and thrive in solidarity. When something needs to be done, a fixed sign will ensure that they follow through until the end. Interestingly, these signs are often the most creative of the zodiac and are easily lost deep in thought, emotion, imagination, and dreams.

The water signs are a deeply emotional and interesting group of the zodiac. They are passionate, intelligent and creative. Even though they may have hard exteriors through a lifetime spent building strong walls -- once you break through their barriers, you will have a fierce and loyal friend. You will not be disappointed in the hard work spent trying to make one of these signs your friend. You will be amazed by how emotions guide these signs and see how much they find reward in seeing others happy.

If you are a water sign, note that some, but not all of these traits may apply to you. Typically, some will be spot on, but remember that everyone is different and cannot be completely categorized. So, embrace the individuality of your sign and the qualities and traits that fit you!