The Tenth Zodiac: what it represents, what is embodies, and how it affects your choices 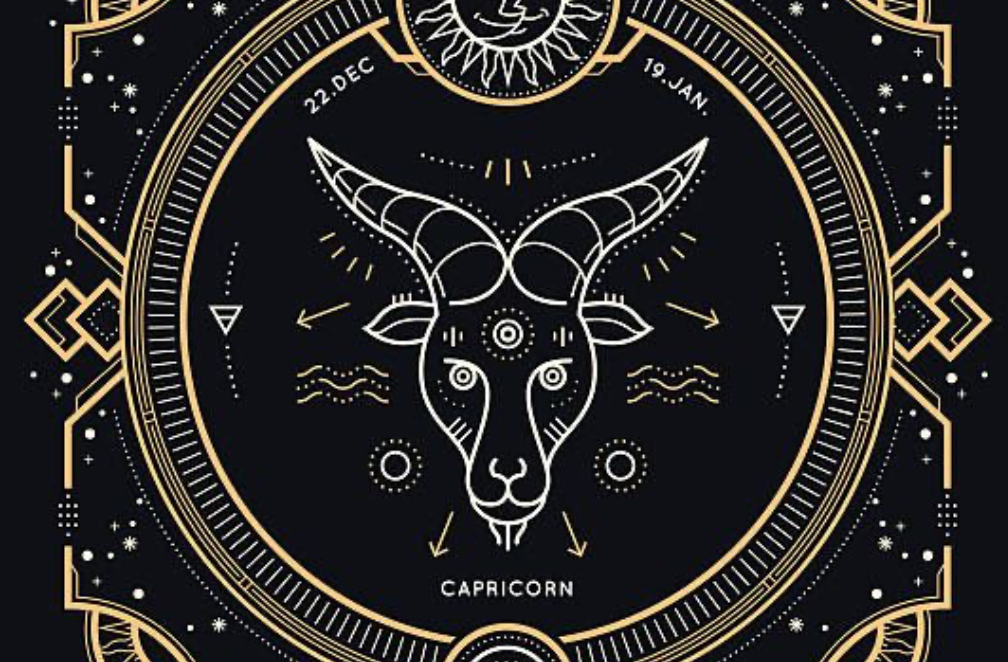 From the times before astrology and astronomy split into two different areas of study, the movements of the zodiacs as they relate to the cycle of life have been studied from every angle. The 12 classical zodiacs (not including Ophiuchus) - Aries, Taurus, Gemini, Cancer, Leo, Virgo, Libra, Scorpio, Sagittarius, Capricorn, Aquarius, and Pisces - roughly correspond with constellations at every 30° of celestial longitude. A myriad of mythologies have classified the zodiac most prominent during a person’s birth as a signifier of personality and fate, and the tradition continues today.

In this article, we will be focusing specifically on the 10th zodiac, Capricorn. This cardinal earth zodiac occurs between December 21 and January 20, and is ruled by Saturn. It occupies the 270°-300° of celestial longitude, and is represented by the sea-goat, sometimes called The Goat of Fear. This goat’s connections to mythology span the protective Sumerian Enki, god of knowledge, water, and crafts, to the Greek Pricus, immortal sea goat and ruler of time after whom the constellation Capricorn was fashioned in the myths. Capricorn’s mantra is “I Use.”

Read on for more in-depth information on

Each of the twelve zodiacs is ruled by either water, earth, air, or fire - the four classic elements. Each of these elements results in a different type of personality and approach to life. Some of these characteristics are relatively self-explanatory. Air, for example, runs the gamut of “flight” and being “winds of change.” The water signs are generally more sensitive and intuitive. Fire signs have the sort of “fiery personality” one might expect.

These elements balance each other, and in fact are split between positive (yang) and negative (yin). Fire and air signs are positive: expressive, outwardly active, and dynamic. On the other hand, earth and water are negative: their energy is focused more inward and receptive, favoring deep thought to spontaneous action. Despite the connotations of words like “positive” and “negative,” neither way is better than the other; the two must exist in tandem, as is the nature of balance.

Capricorn belongs to the triumvirate of earth elements along with Virgo and Taurus. Earth is the heaviest and most solid of the four elements, and the signs associated with it mirror its structure and tangibility. As a connection with earth would imply, earth signs are “grounded” and down to - for lack of a better phrase - earth; at best, they are practical, and at worst, they are overly materialistic. As a negative sign, Capricorns rely on their internal sense of structure and are thorough in their decision making. To a Capricorn, life is one big project, and they are dedicated to producing the best outcome from that project.

Capricorn is also a cardinal sign. Cardinal signs are positioned at the beginning of their respective seasons, and for this reason are characterized with a certain level of initiative. Capricorns herald the beginning of winter, and are thus born leaders, keen on being resourceful and prepared as the cold closes in. Capricorn is “The Achiever.” The harder the task, the more Capricorns will thrive, as they are never satisfied with complacency and, born at just the time that nature begins to become hostile toward life, are naturally built for adversity.

Capricorns are marked by their close relationship with time and responsibility. They are often rigid and serious, their earthy nature displaying itself in their strong internal sense of structure. This makes them particularly adept at self-control, and often leads to a proclivity toward leadership, where their goal oriented attitude, practicality, and dependability can shine. Unfortunately, these same traits can also morph into an insistence on pushing their code of conduct onto others or becoming too stubborn to shift a plan of action even when it would be well-advised to do so. As long as they are conscious of these issues, they can usually circumnavigate accordingly.

Originally, Saturn ruled over both Capricorn and Aquarius, and only stopped doing so upon the discovery of Uranus. The holdover from this is that Capricorn is thought to be ruled over specifically by the “nocturnal side” of Saturn. In order to understand the connection between Saturn and Capricorn, we must first understand the myth behind the zodiac.

The constellation Capricorn is based after the Greek mythological figure Pricus. Pricus was the father of an intelligent and honored race of sea goats who live in the ocean, close to the shore. His children are inexorably drawn to the shore, clambering onto dry land with their front hooves, and upon doing so are transformed into normal goats and lose their majesty and intelligence. Pricus is heartbroken, but not yet helpless. He possesses the ability to turn back time, and he uses this ability to rewind the whole world - save for himself - to the point before he lost his children. But no matter how many times he does this, and no matter how much he warns his children, he can never save them. He is forced to concede to fate and lose his children to the call of the shore, and in his misery, he begs Chronos to grant him death. Rather than allowing for the loss of Pricus, Chronos instead allows him to live out his immortality among the stars as the constellation Capricorn. In Roman mythology, Chronos becomes Saturn.

The myth gets a little muddled with conflicting sources, and somewhere along the way the lines between the deities Chronos and Cronus blurred. Regardless of the original myths that went into this confusion, what eventually came out was Saturn, god of time. From the god Saturn comes Saturnalia, a joyous festival that would eventually morph into Christmas, but remember that Capricorns take after Saturn’s darker and more authoritarian side. This darker side is melancholic, even going so far as to earn the planet the name “Planet of Greater Misfortune,” and the result is that Capricorns may view the passage of time as a trudging path in their journey. The upside of this is that Capricorns are geared toward thinking things through and planning for worst-case scenarios.

Saturn, the god of generation and periodic renewal, was eventually conflated with the idea of Father Time, thus solidifying the association of Capricorn with time. For this reason, Capricorn’s are often cautious to the point of being slow moving and practical and responsible with the risk of becoming cold, distant, or unforgiving. They feel the urge to build and progress in the best of times, but are specifically known to blossom when the going gets toughest; Capricorns are made to weather hard times.

The good, the bad, and the goat

A lot goes into making Capricorns the way they are. There’s the stability of being an earth element, that internal energy that comes with being a negative sign, the unique relationship with time and responsibility, and the drive to achieve. But when you really get down to it, what are the personality traits associated with Capricorns? Some keywords, good and bad, include:

Capricorns are disciplined and focused on the material world; they see the world as the tools on their journey, and they know how to use those tools in a highly practical way. This hardworking nature naturally leads to a resourcefulness already inherent in Capricorns, as they view it as their responsibility to be prepared for whatever job may be at hand. At heart, they are determined and resilient.

An extension of their hardworking nature, Capricorns are also highly ambitious. They have an inner independence that leads to incredible progress in both their personal and their professional lives. They are the achievers, the builders, and the climbers; if they have set a task before themselves, then they will conquer that goal, no matter how lofty, with consistency and perseverance. Like the goat so intrinsically associated with them, Capricorns are ever climbing upward.

The unfortunate side effect of this is that Capricorns have a tendency to be workaholics. Partly, this is because they have a difficult time discerning between life and work. To a Capricorn, life is one big project, and they tend to adopt a businesslike approach to everything they do, regardless of whether or not it technically counts as “business.” They have a strong work ethic, but have a difficult time dropping that demeanor and letting loose.

Capricorns also have a tendency to automatically apply this internal code of conduct to everyone, not understanding that not everyone works like that. Their association with Saturn gives them a natural inclination toward neutrally discerning judgment, but left unchecked, this trait can turn into plain judgmentalness. Perhaps this, along with the depressing aspects of their mythology, is why Capricorns have a proclivity toward pessimism. They have an easier time viewing things in black and white, but the world does not tend to comply, and when the world fails to live up to their expectations, they may learn to expect the worst.

Despite these potential shortcomings, Capricorns are nevertheless highly responsible. In fact, many Capricorns are categorized as being wise beyond their years, which can lead to them being saddled with more responsibility than they can realistically handle at a young age. But if given the proper time to grow, Capricorns blossom into self-controlled, cool-headed, effective managers, who make solid and reliable plans and lead the way toward those plans’ fruition. This surety of self is prone to lead to stubbornness and unwillingness to veer from the path they have already set, but this is generally balanced by Capricorn’s overall realisticness.

As with any sign, the Sea Goat is neither wholly good nor wholly bad, but is without question fascinating to learn about. From myth to management, every aspect of Capricorn - and of any sign - is worth reading more about.