Sorting out the complexities of the wintry pioneers: what does it mean to be an Aquarius? 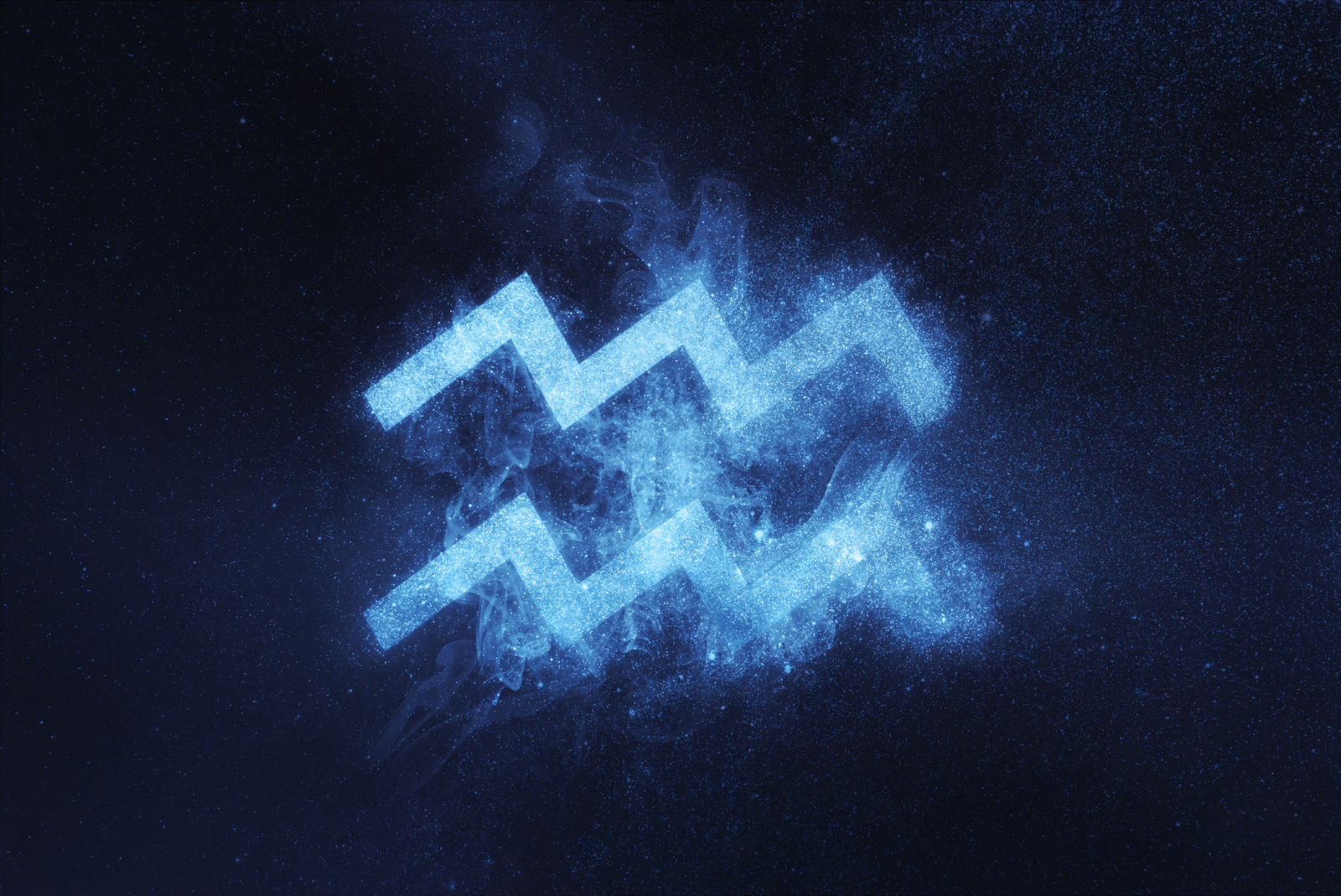 Is there a more human quality than an insatiable drive to understand, to figure out what the world around us means and wants with us, and to assert our presence in that ever changing world? For thousands of years, humanity has been looking up at the stars for answers. We watch the endless night sky for signs of life; we peer into the far corners of the vastness of space with whatever technology we can pull together; and, most importantly for our article today, we find hidden meaning among the stars. The 12 classical zodiacs (not including Ophiuchus) - Aries, Taurus, Gemini, Cancer, Leo, Virgo, Libra, Scorpio, Sagittarius, Capricorn, Aquarius, and Pisces - have long since been a means of interpreting the stars and figuring out where we fit into the universe. The zodiacs span the entirety of the sky’s celestial longitude, 30° at a time, as well as countless mythologies, traditions, and historical discoveries.

Today, we will discuss the sign that may well be the perfect match for this human need to not only understand the universe, but to shape it to our lives as well: Aquarius. Aquarius is a fixed air sign that occurs between January 21st and February 20th, from 300° to 330° of celestial longitude, and is ruled by Uranus in modern astrology and Saturn in classical astrology. The Water Bearer depicted in Aquarius’s constellation has stories in a vast array of cultures as far back as Babylon. Aquarians are keen intellectuals and social reformers, and their mantra is “I Know.”

This article will examine the details of…

The Road to Revolution

You’ve likely heard of the four elements: water, earth, fire, and air. For centuries, cultures across the globe have individually split the natural world into a handful of categories, most of which closely mirror the four categories with which most people are familiar today, a categorization we probably get from the ancient Greeks. Since the Greeks are also our source for many myths surrounding the zodiacs, it isn’t surprising that the zodiacs are classified within the elemental subsets set by the Greeks. The personality associated with a sign is partially dependent on the sign’s corresponding element, with personalities and elements lining up in relatively predictable fashion. Earth signs are grounded and stable. Fire signs tend to have, for lack of a better phrase, a “fiery personality.” Water signs may be the “go with the flow” type, or may be shifting forces to be reckoned with. Air signs have a natural proclivity toward being forces toward change, and adaptable and energetic members of society.

The way these different elemental personalities tend to interact with the world around them generally falls into two categories: negative (yin) elemental signs, and positive (yang) elemental signs. Do not let the connotations of the words “positive” and “negative” fool you; neither personality type is better than the other, and both just exist in cooperation with the other, just as yin and yang exist in balance. Water and earth signs are the negative yin signs, and tend to focus their energy inward, leading them to be more introspective and receptive. On the other hand, fire and air, the positive yang signs, focus their energy outward and are dynamic and active. Although not a perfect comparison, it may help to visual this difference as the difference between introverts and extroverts. Neither is better than the other; it is merely a different approach to life and toward choosing where to exert effort.

Finally, the zodiacs are also split into the modes based on where they occur in their respective seasons. At the beginning of the seasons are the cardinal signs, who are the forceful initiators, ready to take charge and become adaptable leaders as the situation calls for it. In the middle of the seasons are the fixed signs, who are willful to the point of stubbornness and serve as bedrocks to their communities. Finally, at the end of the seasons, are the mutable signs, who are flexible adaptors well equipped to face oncoming changes. These modes will present differently depending on sign and element, but the basic tendencies are relatively consistent.

Aquarius is a fixed air sign. As air signs, they are among the signs that bring about the winds of change. They are naturally drawn toward innovation, inventiveness, and inquisitiveness and are visionaries intent on changing the world. An Aquarian’s air qualities often present as intellectualism, to the point where many people born under Aquarius must be constantly mentally stimulated or they become bored and unmotivated. That said, a motivated Aquarius is a thing to behold. They have a tendency to view the world as a series of puzzles, and the solution to these puzzles could be anything from a mild wardrobe change to a global revolution. Air is the lightest and freest moving of the four elements; it’s no surprise, then, that Aquarians embrace change and uniqueness in everything they do. The positive nature of air also means that Aquarians are not afraid to voice their visions for a better world. They are inventive visionaries with clear objectives, and are not naturally inclined to accept the normal state of the world.

On the other hand, Aquarius is also a fixed sign, a characterization which brings with it a certain amount of stability. The stubbornness so common among fixed signs is usually an intellectual stubbornness when it comes to Aquarius. They are firm in their faith in their mind - their motto, after all, is “I know.” Aquarius will not only serve as the spark for revolution; they will ensure that their plans are sustainable and enduring with the tenacity and stability characteristic of the fixed mode. Aquarius may have a fixed mode, but Aquarians still embrace change and personal evolution. At their absolute best, Aquarians have both the brains and the boldness to shape the world to their desires.

Ruled by Saturn and Uranus

The Dichotomy of the Celestial Bodies

Aquarius is one of numerous signs whose ruling body has shifted over time as astronomy progressed and new planets were discovered. The fascinating difference here is that the two planets that eventually came to be associated with Aquarius had two differing implications, and yet both are accurate and fitting for Aquarians. Aquarius, after all, has such a strong tendency toward uniqueness that it is difficult to describe them as a consistent group.

In classical astrology, Aquarius and Capricorn shared Saturn as a ruling body. When two signs shared the same planet, one would be assigned the “nocturnal” nature of the planet, while the other would be assigned its “diurnal” nature. These groups of traits would represent two sides of a coin that each presented differently in their respective signs. When it came to Saturn, Aquarius got the diurnal side. This meant that they had a tendency toward the scrutinizing and intellectual aspects of Saturn, as well as its objectivity and perseverance. While similar inclinations lead Capricorn, on the nocturnal side, to become excellent judges, the specific way these traits present in Aquarius means that those born under Saturn’s diurnal side have the makings of reformers.

And then, in 1781, a man by the name of William Herschel changed the game. Herschel, while not an Aquarian himself, still reflected the Aquarian qualities of inventiveness and eagerness to further the world with his homemade telescope, which he used that year to discover the planet Uranus. The symbolism of invention and inquisitiveness is nice, but it is not the only symbolism present. It is also vital to remember that in the 1780s, the world was experiencing multiple major revolutions, a spirit of change and reform that embodies Aquarius perfectly. While Saturn represented objectivity and intellectualism, Uranus came to represent eccentricity and erraticism. Uranus personality traits run the gamut of timid to abrupt and aggressive, making it seem at face value diametrically opposed to Saturn. And yet, both celestial rulings grant Aquarius a place as thinkers, progressive reformers, and humanists. In true Aquarius fashion, a conglomeration of elements come together to form something greater than the sum of its parts.

Planets are not all Aquarius has in the way of a rich history. Among the zodiacs, the constellation for Aquarius - the Water Bearer - has some of the oldest stories. In Babylonian mythology, the constellation represented Ea, a protective god who carried an overflowing vase of water. In Egyptian mythology, it was the Water Bearer dipping his pitcher into the great river and causing the Nile to flood, which heralded the beginning of Spring, and, with it, a time of growth and renewal. To the Greeks, the constellations harkened back to the mythological prince Ganymede, son of the Trojan king Tros, who was summoned to Olympus by Zeus himself to be the cupbearer to the gods. In all of these instances, the water bearer is a helpful and nurturing figure, who fills a vital need and brings new life in its wake.

What Makes a Water Bearer

The main aspects of an Aquarius personality fall into two main categories:

Aquarians are naturally deep thinkers and intellectuals. This makes them excellent puzzle solvers, and since Aquarius views the whole world as a puzzle, this is a very useful trait indeed. They have a tendency toward conceptual thinking which makes them chafe against feelings of being limited or constrained. If they aren’t careful, Aquarians may fall into over-intellectualism and come across as cold. While viewing the world in puzzles is certainly useful, it can also make their ideas so theoretical as to be impossible to relate to. They may also come across as cold due to a fear of emotional expression, or as a defence mechanism against emotional vulnerability. Aquarius must remember that being intellectual and being emotionally available are not mutually exclusive.

Of course, as is evident by their other defining feature, Aquarius is not always prone to emotional distance. Aquarians are humanitarians with a love of helping people. They have a highly developed sense of social justice, so much so that many find it impossible not to end up in a position of helping people and adopt the motto “There is no me, there is only we.” The eleventh house, where Aquarius resides, is the house of friends, allies, and gifts, and Aquarius embodies these traits with their drive to change the world for the better. They are naturally radical and eschew the “mainstream.” Really, is it any wonder that Aquarians count among their ranks the likes of Abe Lincoln, Galileo Galilei, Frederick Douglass, Rosa Parks, Thomas Paine, and Susan B. Anthony?