Need a New Tarot Deck? Here are 25 Indie Decks Sure to Please

If a new deck is in the cards for you, indie tarot decks are the way to go! 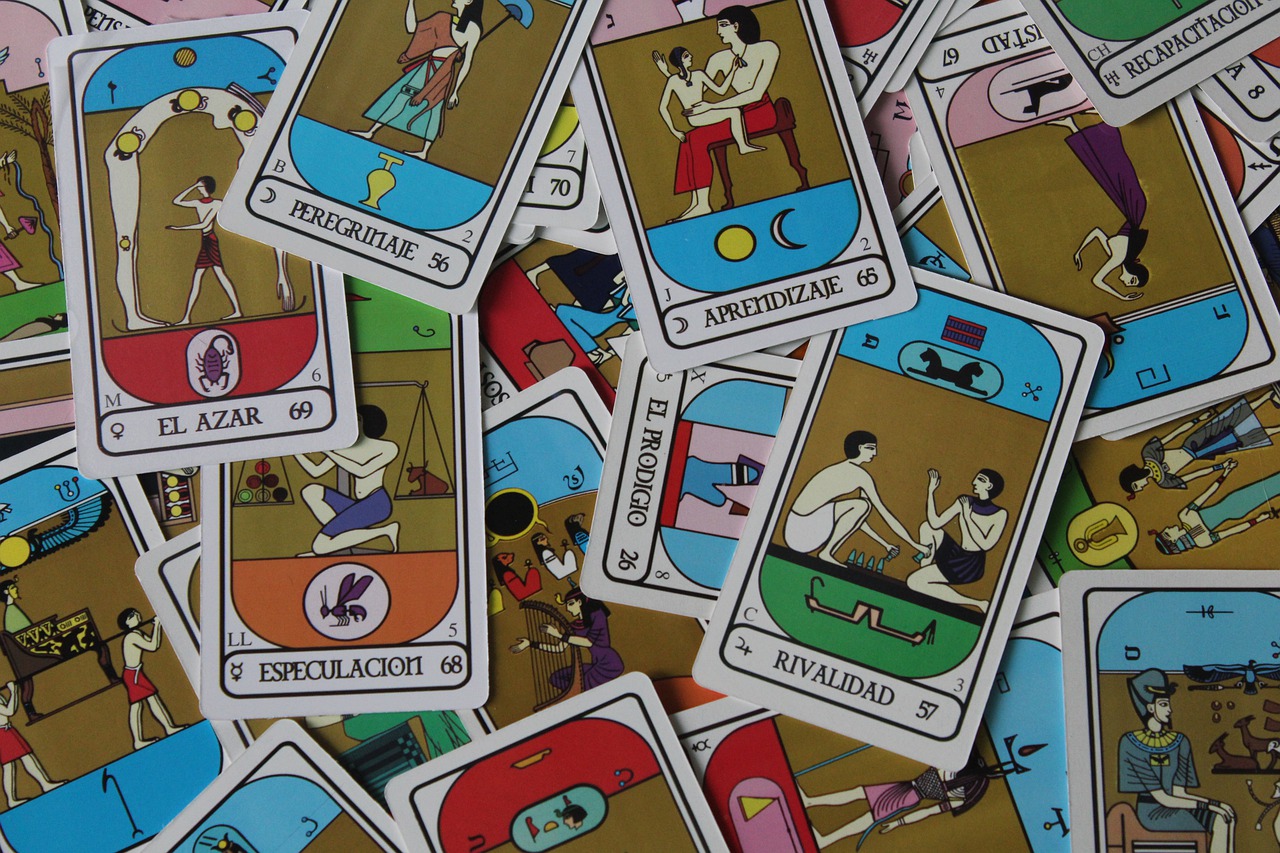 It happens to all tarot readers at one point or another--you just get that urge to try out a new deck. And why not, there’s nothing like the new energy that an unfamiliar deck can bring to your practice. We’re lucky to be living in a time when there’s no limit on the kind of decks that are out there--into trees, herbs, or cats? Yep, there’s an indie tarot deck for that. Or perhaps you like a more minimalist approach, or one that favors a diverse cast of characters--don’t worry, you can find those decks too! It seems that no matter what you’re into, you can find a deck that speaks to you. Here are our top 25 decks sure to upgrade your practice.

If you prefer to have beautiful abstract images of cosmic bodies, nature, and people all pulled together in an interesting way, 8th House Tarot might be just what you’re looking for. It’s a standard deck size and full color prints are printed on foil stock to increase the beauty of this deck.

This is a fantastic deck for beginners, or anyone who has ever struggled to remember the meanings behind some of the more abstract decks, like the Rider Waite Smith (RWS). The Cosmic Cycles Tarot has beautiful and relatable artwork that conveys each expression clearly, so the reader knows exactly what the card is trying to say. Bonus: the characters are extremely diverse!

The Tarot of Trees

If you can’t get enough of the inspirational power of trees, then try out the Tarot of Trees. The artwork is done by the creator Dana Driscoll, and is a whimsical mix of colors and shapes--you’ll never look at the trees in your backyard the same. Drawing on a lot of RWS influence, this deck allows trees to take the place of traditional people figures, allowing you to forget your preconceived notions we tend to have about figures.

If in addition to tarot reading you happen to be a green witch, kitchen witch, or just someone who enjoys the helpfulness of herbs and plants, then pick up the Herbcrafter’s Tarot. This deck delves into the relationship humans have with plants, whether for folk medicine and wellness, or in devotional ritual. It’s a wonderful way to understand how deep our connection is to plants and herbs.

This Might Hurt Tarot deck is a modern telling of the classic RWS images, and is infinitely more diverse and representative of figures along the racial and gender spectrum. The images are the same, but the figures wear modern clothing and are in  modern situations, but the classic RWS motifs are still there.

If you’re a sucker for both cats and period costumes--and seriously who isn’t--the Baroque Bohemian Cats deck is a wonderful option. Cats of all sizes and colors appear on these cards, bedecked in their Baroque finery. The paintings are beautiful, and look as if they could be hung in a museum-- a cat museum perhaps?

If you’re just not into the traditional structure of a tarot deck, the Modern Seer should be your deck of choice. The images are very minimalistic and abstract on purpose--so that you can tap into your intuitive power. If cluttered images seem to distract you, then the simple lines and figures in this deck will feel like much needed relief.

A modern interpretation of the traditional tarot deck that asks the reader to focus on self inspection and self healing. The unique illustrations are similar to the RWS, but seem to focus on no particular time period or country. Taking away distractions, you’re left to go deeper into yourself with this deck.

There’s just something that feels so right when it comes to cats and tarot. The Weird Cat Tarot does just what it says on the label, delivers some delightful interpretations of the tarot with the quirky oddness of cats. The illustrations are humorous at times, but the information you can gather with these cards is spot on.

We all know that sometimes less is more, and the images in the Earth Child Tarot offer the reader a chance to come to their own conclusions. You’ll be drawn to the simple yet powerful images of this deck and learn to trust your own interpretations more.

Like cats, there’s just something about dragons that also feels right as a tarot deck. Why not indulge in your love of these wise, mystical creatures and get the Dragon Tarot? The drawings look like something out of your wildest dreams, and once you try it, we’re pretty sure you won’t want to put this deck down either.

The Black Power Tarot is based on the Tarot de Marseille style, whose figures are all African-American musicians, artists, comedians, and activists who have overcome obstacles on their own personal journey. It’s an interesting deck that speaks to the struggles and victories of African-Americans.

The Next World Tarot is the work of popular zine artist Christy C. Road. The characters in this wonderfully illustrated deck focus of social justice issues, especially related to the LGBTQIA community. The deck highlights the struggles of trailblazers such as Kitty Stryker, Leah Lakshmi Piepzna-Samarasinha, Marsha Johnson and Mimi Thi Nguyen.

Another beautifully drawn deck is the Wild Unknown, with simple drawings and specific use of colors has gained fans all over. It loosely follows the RWS archetype, but it also veers off into its own direction, causing you to focus on the images and their meanings behind them.

Artist Oliver Hilbert’s The Tarot is a deck that has a little fun with the classic RWS. He uses the same images, but adds a touch of the absurd and a dash of the psychedelic to make the images in these cards at times humorous, but also poignant and instructive. Imitation is the sincerest form of flattery, isn’t it?

If you’re a fan of New Wave, Industrial, punk, or post-punk music, this indie tarot deck is a must! Where else will you see Siouxsie Sioux as the high priestess or Gary Neuman as the magician? And who knows what kind of readings you might have when using this deck and listening to the artists’ songs? Can’t wait to find out.

Sometimes you just want a simple response to your query. Sometimes you need a cosmic kick in the butt to get yourself on track, and the Rebel Deck is there to give it! The short and sweet responses are ideal for daily use, and may just make you laugh a little.

Technically this is a medicine deck, and not a traditional tarot deck, but it was designed to give you a higher perspective on everyday choices that affect your life, much like tarot. Use this deck alone or in conjunction with your tarot to get on the path to your authentic self.

The wisdom of Native American ancestors abounds in this spiritual deck by native medicine teacher Jamie Sams. If you’re looking for ancient answers to ways you can change your life for the better, you can’t go wrong discovering your path then with the Sacred Path Cards.

The moon is one of the most intriguing cards in the tarot, and if it has always been your favorite, why not get a deck completely devoted to the phases and energies of la Lune? These stunning cards are all round, and come in their own keepsake box for safekeeping. They are oracle cards that follow the moon’s phases, and will offer advice on how to tap into your moon energy.

Tap into the energies of the divine feminine with this whimsical deck created by artist Alice B. Grist and her five year old daughter. They say that children speak with innocence and thus tell the truth, who knows what new truths you’ll discover with this deck!

Everyone should devote more time to self-care, but sometimes it’s the last thing on our lists. The Quality Time Self-Care cards are meant to be pulled each day to remind you to do something that helps your physical or mental health, such as meditation or engaging in ritual. What a simple way to take time to take care of YOU!

The Lioness Oracle Tarot is unique as the cards are images that were collaged together, creating at times straightforward, and sometimes interpretive, pictures. Designed to open your third eye, these cards will release an intuitive side you might not have known that you had!

The mixed media images on the Dust II Onyx Tarot are some of the most interesting you’ve probably ever seen. These collage paintings focus on cultural myths, symbolism, and history as they relate to the Black Diaspora.

If you’re a fan of those antique medical drawings and prints of flora and fauna, then the Oracle of Oddities should be on your list! There are 30 intricately designed cards that seamlessly mix black and white drawings, colorful pictures of nature, and ability to quietly speak to your intuitive side.

There are so many different kinds of indie tarot decks to try, it’s hard to not get overwhelmed! Just take your time, and respond to the deck that calls to you--always follow your intuition and enjoy your new deck!