How to Read the Hanged Man Tarot Card 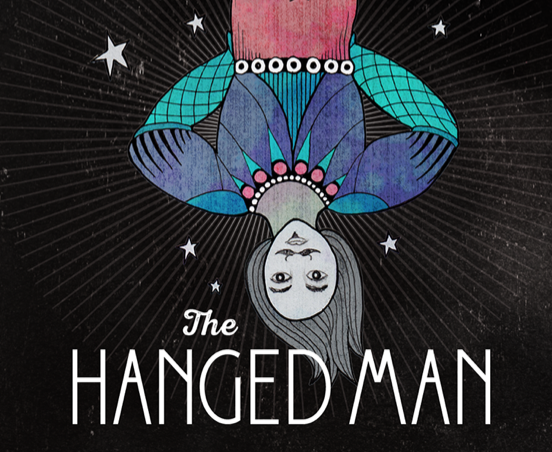 The Hanged Man belongs to the “class” of tarot cards known as the Major Arcana. The Major Arcana in general reflect archetypal experiences in our lives-- universal experiences that are at once common to the core and yet infinitely personal, and found in faerie tales, folklore, myths and legends around the world. If you’re not familiar with archetype, we highly recommend reading some Joseph Campbell-- or if you want the quickie version, watch his series The Power of Myth that Netflix recently began offering. In fact, that series in general provides a great key to helping you develop your understanding of myth and symbolism, particularly if you’re from a family that wasn’t religious or you’re not typically a book-reader.

In this article, we’ll take you through how to read the Hanged Man by looking at:

So grab your tarot deck, and dive on in...

Meaning of the Hanged Man

Traditionally, the Hanged Man indicates self-sacrifice or a change of perspective. At first, these two aspects may seem at odd or unrelated-- but a deep inspection reveals how they are intimately entwined.

First, consider the aspect of self-sacrifice. There is a grand tradition of this in myths-- great examples include Odin sacrificing himself to himself and Prometheus who sacrificed his life so that humans could have the gifts of fire. Typically, there is a kind of reward for the self sacrifice-- Odin achieved wisdom and Sight, and Prometheus ensured that mankind would have warmth and light. There is also the Christian figure of Jesus who sacrificed himself for the benefit of mankind, though that image is-- at least in mythic terms-- a more modern take on the concept. It is, however, one that many can access.

So the primary meaning of the Hanged Man is that in order to achieve something, there must be a giving up of something within you or on your part. If this does not happen, stagnancy ensues. Blockages go up. There is a lesson you must learn about giving up what no longer serves you.

How does this tie in with a change of perspective?

Think about it. In order to see what you must give up-- and in order to see what will happen or where you can go after you sacrifice-- you must change how you see the situation. You must look at the situation-- even if it is your own life up to this point-- with new eyes, at a new angle. Giving up a part of yourself can help you do this, but it’s also important to note that sometimes you need to change your sight in order to see what must be given up. The two are forever intertwined-- each causes the other in a cycle you must complete.

Once the sacrifice has been made and your sight has been altered to fit the new view, you can move on. Be forewarned, the cycle will repeat. We must always be ready to become the Hanged Man and embrace his energy. Think of the Hanged Man as a warning to Tower Card moments-- the change must happen, or everything will fall apart to force your hand. (That’s not to say Tower Card moments won’t happen-- sometimes they need to-- sometimes the Hanged Man heralds the changes needed to survive these moments.)

‍
Symbolism in the Art of the Hanged Man Card

The classic Hanged Man card depicts a man hung upside-down by his foot, with a look of rapture or wonder on his face. Sometimes his face appears frightened-- because the kind of sacrifice and change that his energy calls for is scary.

It is important to note that his foot is how he is tied-- he is tethered in place, barely, so his movements are restricted. But he is not hung by the neck-- he is not dying! He still has the agency needed to correct the course of things, he just needs to change his perspective to see what that is.

Being bound by one foot symbolizes that while there is still agency, it is himself who keeps him there and himself who can free him.

The image of him upside-down enforces the aspect of changing point of view. In many folktales involving faeries, this is echoed by the faeries literally tripping people-- something or someone has come along to get you to see that the world looks a lot different from flat on your back (or your face…). Perhaps you have been looking at things the wrong way.

In some tarot decks, the Hanged Man is naked. This typically happens in more modern tarot artwork, such as in The Druidcraft Tarot by Philip and Stephanie Carr-Gomm and illustrated by Will Worthington. Nakedness in this tarot card does not denote sexuality-- far from it. Instead, it denotes the absolute vulnerability you must embrace in order to see and make and live through the self-sacrifice, change in perspective, and the hardships that will ensue.

In decks like The Tarot of the Old Path, the Hanged Man (here called the Lone Man) is the Fool, the Wise Fool from the first Major Arcana card in the deck. This deliberately reinforces the concept that the same person changes and changes with each step through the archetypes and lessons of the Universal life journey. The Wise Fool recognizes the need for sacrifice and change, and so takes it upon himself to do so-- money and riches fall out of his pockets, signifying that the material world has nothing to do with these choices and necessities of the spirit.

In the Wild Unknown tarot deck by Kim Krans, the Hanged Man is a bat. Bats sleep upside-down, hanging very naturally by their feet with their wings wrapped protectively around them. But the bat must let go in order to fly. So, too, must you embrace the symbolism of the bat-- let go, because you are meant to move on to another place.

Study the artwork in your tarot decks. Take out the Hanged Man from each deck and put them side-by-side. What is the same? What is different? Is anyone naked? Is the foot tied to the tree, or are they balanced, hanging like a trapeze artist? How does the trapeze artist relate to the image of the Hanged Man in terms of actions/trust/skill/knowledge?

If you read reversals, ask yourself what about these things changes. Reversal doesn’t necessarily mean “negative” aspects, just opposite-- if the Hanged Man upright calls for a need to sacrifice and change POV, then doesn’t the reverse tell you that you’re refusing to do that?

Practice in Combination with other Cards

So now let’s throw some tarot combinations with the Hanged Man out there and see what you make of them. Take what you know and what you’ve thought about in terms of the Hanged Man and apply it.

The Hanged Man + The Devil

The Devil card traditionally indicates petty addictions and indulgences that rot the spirit. What might the Hanged Man have to say about this in the upright position? Reverse? What does this have to say about the power and agency you or the querent has in this situation?

The Hanged Man + the Ace of Cups

The Ace of Cups refers to emotional new start or creative flow; the source of joy and life bubbling up. If both cards are upright, what is the Hanged Man saying needs to happen in order for this joy to occur in your life? If the Ace is reversed, how does the message change? What’s different if the Ace is upright and the Hanged Man is reversed?

The 10 of Rods means that while the hardest of the work is done and you’ve done really well, it’s time to delegate some of the responsibilities or you’ll have a breakdown. It calls for both rest, and actions that allow you to concentrate on other things that will push your projects further. How does the Hanged Man in the upright position affect this message? What might the message be if the Hanged Man is reversed? What if BOTH cards are reversed?

We hope this article has helped you to understand the Hanged Man, and given you the tools to deepen your connection and comprehension. And remember, tarot is called a practice for a reason-- we must continue to work with the cards to reveal further lessons. Stay curious, and keep a journal. And as always, pop questions in the comments below. We’d love to keep the conversation going!