The most enthusiastic and courageous signs of the Zodiac: Fire Signs 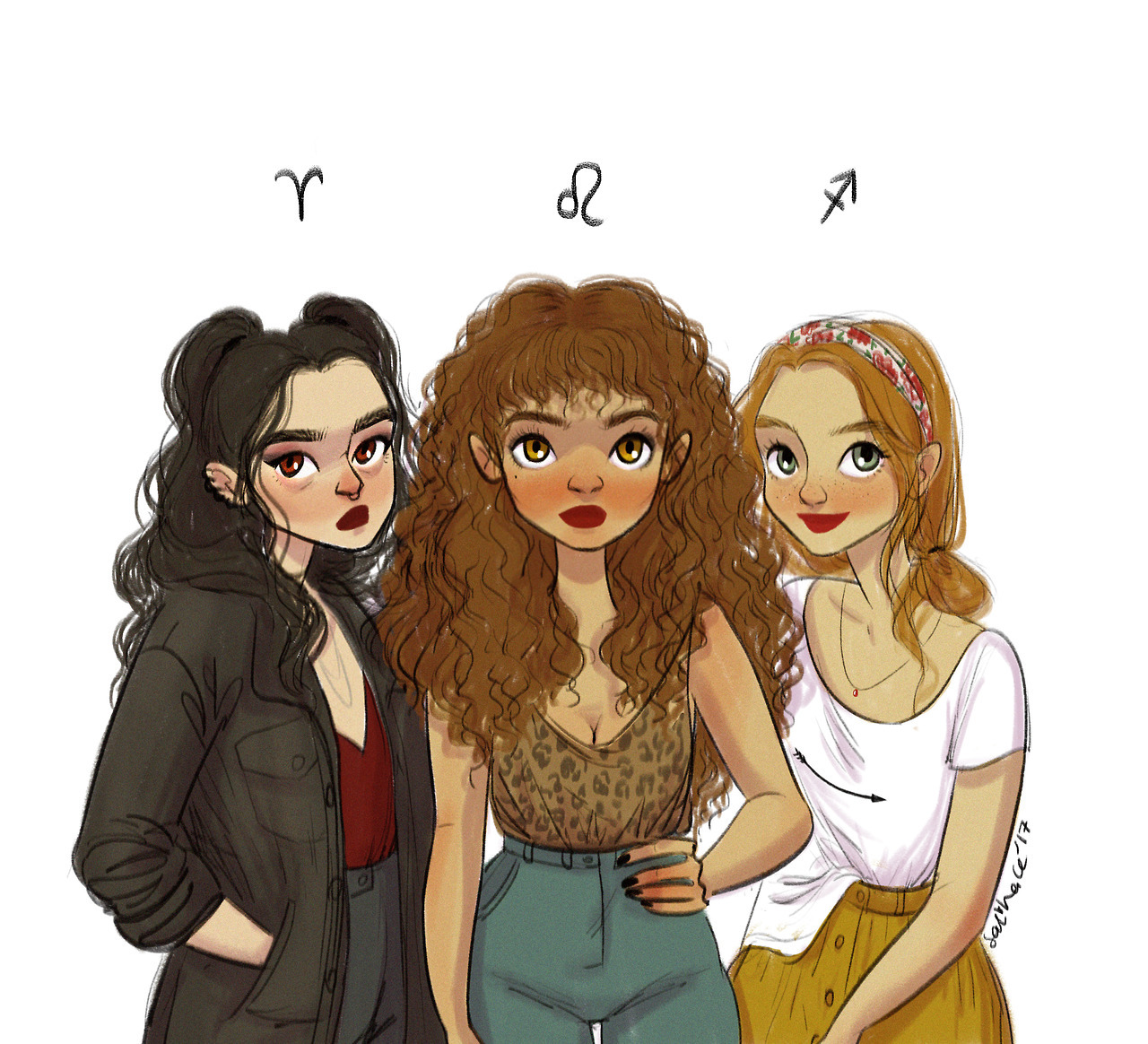 The fire signs include Aries, in the first house; Leo, in the fifth house; Sagittarius, in the ninth house. They are the most enthusiastic and self-motivated group. However, they may fall out of control easily. Below are their advantages and disadvantages:

While the three fire signs share the essential characters of the fire elements, they express those traits in different ways. Let’s take a close look at them.

People who were born between March 21st to April 20th

Aries is the first zodiac sign in an astrological chart. Aries is a fire sign, therefore they are very ambitious and full of energy, they will try many things with passion, but may not be able to finish them in the end. They are like pioneers, they love freedom and are open to new things. If they want to achieve one goal, no one would stop them unless they lose their patience because they didn’t get a quick result. They are self-reliant, and they have strong leadership, they can be a good leader who has a genuine concern for their subordinates. In the meantime, they are also very self-centered. They won’t hesitate to satisfy their own desires to use their subordinates who they command. Be aware, they are a group of people who would easily become offended because of their headstrong, quick-tempered and argumentative quality.

Aries is ruled by Mars.  Mars controls your drive, energy, determination, and passion. It runs the masculine strength of your natural power. The position of Mars can reveal the way you get things done and the way you show your competitive nature. Also, it can show the type of men you are attracted to.

Aries governs the human head and brain. People who have an Aries sun sign need to pay attention to their head health, aka crown chakra.  They tend to have migraines, neuralgia, sunstroke, and headaches. And they easily get physical injuries because of their impetuosity and rashness. On the flip side, they are smart and quick learners.

People who were born between July 21st to August 21st

Leo is the fifth zodiac sign in an astrological chart. It is ruled by

Sun and can be considered the most dominant and extrovert sign. They are ambitious, positive, strong-willed and self-confident, they seem themselves as the monarch among humans, and of course, they have a big ego.  Normally, they know what they want, and they would use all of their strength and energy to get it. Leos think and act bigger than normal people, and would thrive if they met with setbacks. They have a very powerful intelligence and a philosophical and broad mindset.  Their disadvantages can be as large in scale as their virtues. They can be one of the most arrogant, haughty human beings. They would use trickery and lies without hesitation if they are jealous of their rivals. They have a lust for power, fame, and luxury. If they are in the artistic field, they would be attracted by the things grand in scale and conception, such as standing on a big stage or conducting an orchestra.

Leo is ruled by Sun. It is a symbol of our will to exist and our life force. It represents our ego, vitality, stamina and basic personality. The sun shows the reasons for your actions. To match with your sun means to align with your highest potential and your best self.

People who were born between November 22nd to December 21st

Sagittarius is the ninth zodiac sign. It is ruled by Jupiter. It’s often associated with philosophy, travel, higher education, and expansion. Sagittarius people are very optimistic and they love freedom and travel. They can protect their idealistic inner mental world from being affected very well even though they suffered a lot of judgments and disappointments. They are the fighters, they will fight for themselves, what they believe in,  and are prepared to rebel at anytime. Armed with their wits and good judgments, they can be great conversationalists with foresight. They are a group of people more easily adapted to a new or foreign environment and things. Sagittariuses have restless souls. They often face the choice of choosing a career or their spouse. They are natural public speakers, and they have a talent for expounding the philosophy and the laws.

Jupiter leads the larger-than-life Sagittarius. In Roman mythology, Jupiter is the king of the gods, so Jupiter is also known as the luckiest star in one’s astrological chart. It also represents expansion, abundance, and higher education.  It has strong power and influence on where people could get their success and abundance.

Sagittarius rules the thighs, hip, liver, and gland. Most of them have beautiful legs. They need to pay more attention to the ailments that come from the thighs and hips, such as rheumatism or sciatica, and their root chakra.

If you want to know more about the fire zodiac, please don’t hesitate to check Aries, Leo, and Sagittarius.

Ava Sun is a professional writer, digital media art designer, and an astrology and tarot fan living in Pittsburgh, PA.
See All Posts >>