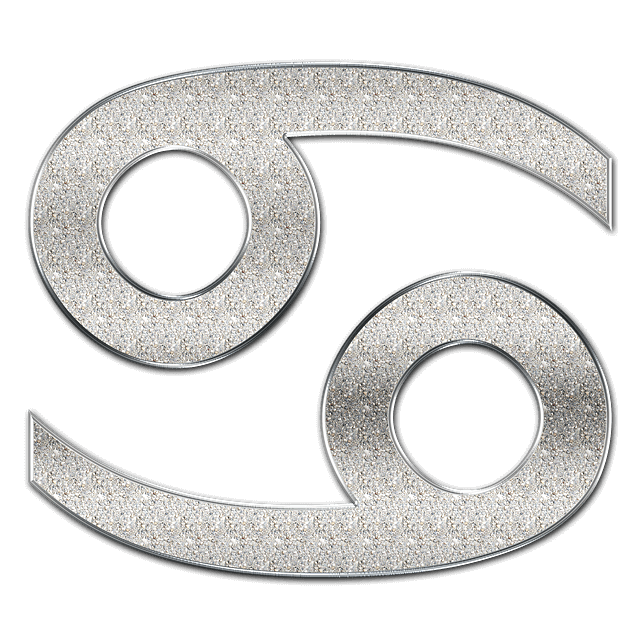 Astrological signs make up the twelve 30° sectors of the ecliptic -- or the plane of Earth’s orbit around the sun. They each have their own section in the astrological chart -- a 360° circle divided into twelve equal parts, one for each sign. Each sign was named after the constellation present during its passage through its sector. The zodiac begins with Aries, starting at the vernal equinox or March equinox and ends with Pisces. The concept of the zodiac dates back to the Babylonian era in the second millennium BC and was later influenced by Greek Hellenistic society. Today, Western astrology builds upon the concepts set by Babylonian and Hellenistic cultures.

In this section, we will be discussing the zodiac sign Cancer. Derived from the constellation of Cancer, the fourth zodiac sign spans from the 90° to 120° of celestial longitude. Cancer appears when the sun enters the summer solstice in the northern hemisphere. It’s opposite sign on the astrological chart is Capricorn, an earth sign. Cancerians are born between June 21st and July 22nd, and are a water sign that forms part of the water trigon containing Pisces, Scorpio, and Cancer. The rest of the 11 zodiac signs each have a part in creating the other three trigons, represented by the three remaining elements -- fire, earth, and air.

The symbol for this sign is often a crab, but sometimes has been depicted as a crayfish or a lobster. Cancer has a cardinal modality and is ruled by the moon. We will further break down these ruling characteristics that give Cancerians their unique personality traits:

Water signs are known for being highly in touch with their emotions and Cancers are no different. They are an emotional, sensitive, sometimes insecure sign that is also very nurturing with strong intuition. Much like their crab signifier, they are known for their “crabbiness,” because they have so many emotions going on inside at one time, which stems from wearing their hearts on their sleeves. This makes for quick and easy mood changes. They are also private people, which gives them a mysterious edge.

Water signs are not just in turn with their own emotions, but the emotions of others as well. They can easily read the emotions of those around them -- most likely due to their intuitive nature. Similarly, they are a very empathetic group and enjoy making those around them happy, sometimes at their own expense. They let their emotions guide them through making important decisions, rather than making decisions with their heads. However, this is sometimes the biggest downfall of the water signs and can lead them to trouble. They are lovers of art and creativity and often have complex and interesting imaginations.

Don’t alarm or frighten the crab -- they will retreat into their shell. Cancerians are introverts who dislike small talk and uncomfortable situations where they must meet a lot of new people. Because they don’t thrive in highly social situations, they can sometimes come off as unapproachable and cold. They prefer to have deep and close relationships with few people. They often take awhile to completely open up and feel most at ease surrounded by family and close friends. Despite their uneasiness when it comes to new situations or people, water signs want to be included in the world. They will seek out a deep and intimate connection with someone or a small group of people who understand them -- just like a Cancer.

Much like how the signs are grouped based on their element, they can also be grouped by modality. The biggest difference here is, while there are three signs per element, there are four signs per mode. The three modes are -- cardinal, fixed, and mutable. The modality of a sign is determined by its placement during the seasons. Cardinal signs begin or initiate the start of a season, fixed signs represent the continuation of the season, and mutable signs end the season and begin preparing for the next.

The qualities of these modalities correlate with their presence during the season. Cardinal signs are active and dynamic leaders who initiate the actions. Fixed signs are stable and persistent, they hold steady on their goals until they achieve them. However, they are known for being stubborn because they are stuck in their ways and find it difficult to change. Lastly, mutable signs are flexible, adaptive, communicate, resourceful, and find it easy to change.

A cardinal Cancer finds themselves responsible for exploring new emotions and experiences. Cardinal signs are known for their leadership abilities and Cancers are no different. Even though they may come off as shy and more subdued then the other signs, their power is still unmatched and unwavering. Cardinal Cancerians are ambitious and independent. They often initiate change, or accept and embrace change when it is necessary to do so.

A cardinal Cancer prefers to take issues head on as they arise. They thrive in managing difficult or chaotic situations. As a leader, a Cancer leads with compassion and empathy for others, which stems from their nature as a water sign. They naturally want to see others thrive and be happy.

Ruled by the Moon

The moon is also associated with emotions, phases of emotions or cycles that humans naturally go through -- this makes Cancers natural feelers which can sometimes be too much for even them to handle. The moon rules their intuition, emotional makeup, rhythms, unconscious habits, moods, and memories. The moon also makes it easy for Cancers to adapt to and mirror those around them.

What Makes Them Unique

While element, modality, and ruling planet largely impact the characteristics and personalities of the crab, there are other characteristics we have not yet uncovered. Like every zodiac, there are positive and negative qualities to each sign.

Beginning with the negative, as we’ve said, the crab has a moodiness or crabiness about them. Their overwhelming complexity of emotions easily dictates how they feel at any given moment -- this means lots of ups and downs. The phases of the moon and Cancer’s connection with the moon also play a role in their frequent mood swings. If you know a Cancer that is having a bad moment, let them retreat into their shell, and after some relaxation they will come out feeling good as new. They thrive best with rest and relaxation.

Similarly, the crab can be overly sensitive in emotionally difficult situations, especially if they are the ones receiving criticism. Since they are natural introverts, a rude or negative comment can easily bruise or harm their self-esteem -- prompting another retreat into their shell. A Cancer will never forget someone who has damaged their ego with a nasty comment, so tread these waters carefully.

Calm down Mr. Crabs -- an upset Cancer will sometimes “fix” the situation with retaliation. Even though deep down they are compassionate, empathetic, kind, and like to promote the happiness of others, they enjoy getting their way. So, sometimes the crab will become manipulative to regain control.

Transitioning to the positive, the nurturing side of Cancers that comes from the moon makes them naturally caring people. They are loyal to family, close friends, and partners. Once you’ve broken down the walls of a Cancer, gained their trust, and gotten to know them on a deeper level, they will have an unwavering commitment to you that lasts a lifetime.

Likewise, they will do everything in their power to protect someone they love. They enjoy security and a strong sense of home, so if you belong in a Cancer’s home they will take you under their wing and offer you their protection.

Cancerians rely on their emotions and intuition rather than rational thinking to make important decisions. Once they get a feel for the situation at hand they quickly and easily make a decision based on their initial intuition. Because they are so inclined to understand the emotions of others as well as their own, once they have done an emotional reading of a situation they make a judgement. This can be referred to as their emotional intelligence and ability to read people.

The crab is typically able to find a balance in their emotions and have a happy life, but when they spiral, they spiral hard. If you know a Cancer, they make great friends after you’ve worked hard to knock down their walls. Just be sure to lightly and subtly address the crab if there is an issue at hand, this will ensure you remain in their protective realm rather than their vindictive one.