The Science of Manifestation

How Your Thoughts Affect Reality 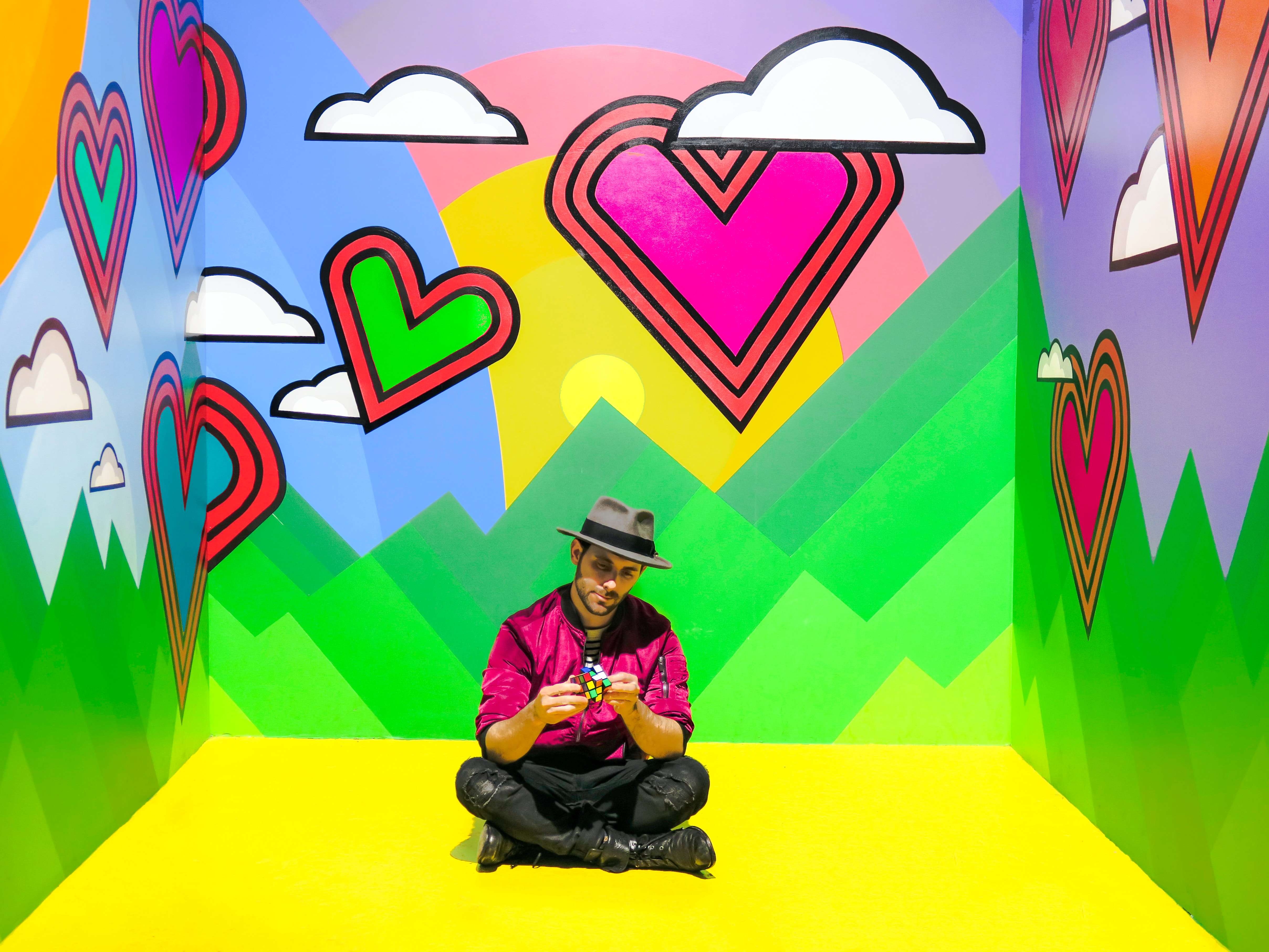 Manifestation is the act of manifesting something in your life through the power of thought. According to Nathalie Guerin, writing for Huffpost, methods can include things like writing clear and thought-out lists of what you desire, conversing with the universe, and trusting in and avoiding resistance to the process. While there is legitimate science to manifestation, it is almost exclusively related to neurology and quantum mechanics, both of which are well-nigh impossible for the average person to monitor. When you add in the spiritual elements, it becomes obvious that manifestation is not only an exercise in the power of the mind: it’s an exercise in faith as well.

Elements of New Thought and Spiritualism

Two main components go into the spiritual and quasi-scientific explanations for how manifestation works. The first is a theory known as the Law of Attraction. The second examines the relationship between mind, body, and spirit.

The Law of Attraction

The Law of Attraction is a theory popularized by the New Thought movement, a spiritual and religious movement that has promoted various metaphysical beliefs since the 17th or 18th century. Simply put, the Law of Attraction states that like attracts like, and specifically that positive thinking and energy will attract positive outcomes, and negative thinking and energy will attract negative outcomes.

While the idea was made famous by the New Thought movement, the basis for the Law of Attraction was first put forward hundreds of years ago by the Buddha. According to some tellings and translations, the Buddha can be quoted as having said “What you think, you become. What you feel, you attract. What you imagine, you create.”

This ideology directly translated into the theory of manifestation. If we become what we think and attract what we feel, and if we can exert some level of control over our thoughts and feelings, then we will ultimately be able to exert some amount of control over what we become and attract. How we exert that control comes down to the relationship between the factors at play.

When it comes to manifestation, there are three components of ourselves that we must acknowledge. This is because those components - our minds, our bodies, and our spirits - are constantly interacting with each other, and a change to one begets a change to another. Lasting change comes when we succeed in changing all three of the components, rather than just one.

The mind’s role in manifestation is relatively obvious; after all, the whole point of manifestation is thoughts, which inherently reside in our mind. That said, it is important to note that thought pathways are being rewritten pretty much every time we think, and that that can seriously affect our behaviors, memories, and many other aspects of our lives. Perhaps less obvious is the interaction with the body. The cells in your body are dying and being replaced constantly, and within seven to ten years, your cells have been almost completely replaced. Your body is renewing itself every second of every day, and each renewal is a chance to change for the better.

The final component is the one that is hardest to observe, and that is the spirit. Now, it is important to note that this is not the same thing as a soul. A soul is a personal and internalized force, whereas the spirit represents something of a connection to the universal consciousness. In theory, this intrinsic link with the rest of the universe is what makes manifestation so powerful: if we can affect ourselves, and that self is connected to the world, then we can affect the world.

A Wide Selection of Studies

It isn’t often that something based primarily in spiritual thinking is backed up by most commonly accepted sciences, but manifestation is unique in this way. Studies in psychology, neurology, biology, and even physics have found explanations for why manifestation works.

If there is one scientific phenomenon that proves the power of thought, it is the placebo effect. Classically, the placebo effect was used to prove that medications were not actually doing the job that people meant for them to do, but eventually it came to serve as proof that the mind has healing powers beyond what we had previously recognized. In trials for the placebo effect, patients would be given treatment for an ailment - usually something like a cream for eczema, or a pill for migraines, or something else of the like. A subset of the group would be given something with no real medication: for instance, a sugar pill. This group would be told that actual medication was present in the treatment, and in a startling number of cases, they would notice the benefits of the medication anyway. To reiterate, there was no actual healing property to the treatment. What actually healed these people was nothing more than the power of belief.

While there have not been any specific scientific experiments on manifestation, there have been scientific experiments conducted on the power of thought. Dr. Masaru Emoto examined how the crystalline structures within water change when people think positively or pray over the water. Dr. Emoto found a definite link between the thoughts that surrounded the water and the crystalline makeup of the water itself. In equally incredible findings, Dorothy Retallack’s 1973 book The Sound of Music and Plants examined how sound affected plant growth. This is the same science that suggests talking to plants and playing soothing music to promote better growth.

This explanation is less of a solid explanation for why manifestation works, and more of an explanation as to why it might as well work. Why? Because the study of quantum physics effectively works to deconstruct reality as we know it, and the entire point of manifestation is to rebuild that reality.

The theory essentially goes like this: quantum theory suggests that “reality” is nothing more than our perspective of things that are in no way fixed. In fact, experiments have discovered that the exact placement of atoms depends on their observation: if an atom is not being observed, it may not have a definitive location at all. It’s something like the thought experiment presented by Schrodinger - you know, the famous one with the cat - except that this can actually be examined in controlled lab tests.

How to Practice Manifestation

Channeling Your Mind Toward a Better Reality

There are a number of different ways to practice manifestation. Because of the focus on the personal links between body, mind, and spirit, and also because of the nature of faith and belief, manifestation will often look different for different people. In an article for the official Law of Attraction website, Katherine Hurst describes a number of different techniques that help to realize the full potential of manifestation. These methods largely focus on embracing change and uncertainty, shifting your mental perspective so as to better visualize, and working out ways to focus yourself on your goals. With that in mind, when you’re honing your manifestation, you’ll want to focus on:

When you picture the reality you are aiming for, are you imagining in first person or third person? Are you going for grandiose imaginings, or optimistic realities? You’ll need to play around with your imagination to find the mental space that works best for you. Remember that manifestation only works if you think it will. If the visualization exercises you’re using feel silly or useless, then they’re not going to work as well as a visualization that you can genuinely believe will manifest in reality.

Instead of imagining generally positive vibes, you may want to make the results more effective by focusing on more specific things. For instance, you can use manifestation to make yourself successful, but it will be more useful if you cultivate a belief that revolves around a specific success. Are you looking for love? Economic success? Adventure? Try keeping a journal or writing lists so that the specifics are forefront in your mind. Also keep in mind that you should continue to work toward these goals outside of your own head. While manifestation certainly works, it does not work alone.

For manifestation to work, you have to believe it will work. But more than that, if you are trying to manifest positive things in your life, you have to get rid of the negative. This means that if you feel you’re not doing right, you cannot berate yourself for that. In fact, stop saying negative things about yourself in general. Negative self-thinking can be incredibly toxic and detrimental to your overall health. Even if you don’t believe what you’re saying, verbalizing and internalizing positive things about yourself will improve your mental health and confidence immensely.

Remember that your thoughts have power. If there is one thing you take away from this article, let it be that.