The Myth About Modern-Day Feminism 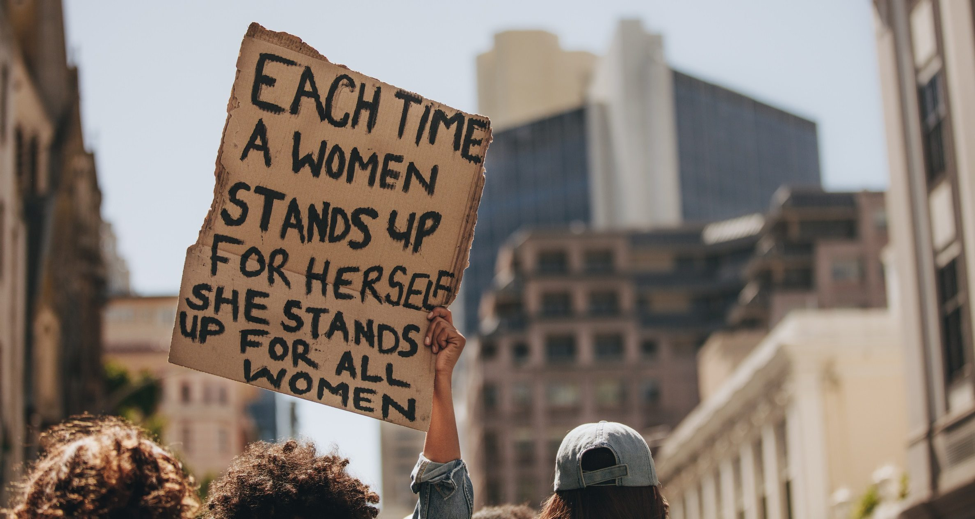 Ideologies and movements are so often misunderstood because of today’s social media platforms and the freedom of expression that these platforms create. In order to distract from the real issues, people constantly sensationalize movements to distract from the true issue that the movement addresses. One of the most misunderstood ideas right now is one that is important to the equality of all human beings -- feminism.

The most common myth about the current wave of feminism is the idea that in order to be a feminist, you must agree with man-shaming and aim to make women the dominant gender. This belief prevents misinformed individuals from supporting the cause. Because of this extremism and the increasing retaliation against women’s rights, the idea of feminism in the minds of some has simply turned into sexism against men. However, this misconception could not be more of a myth.

Being a feminist isn’t being a man-hater

The inaccurate portrayal of feminism negatively affects the movement, making it appear as something it’s not. Because of society's insistence that feminists are men-haters who use shame and manipulation to appeal to their own interests, people—men and women alike—are becoming hesitant to align themselves with feminism. This myth that the goal of feminism is to express that women are better than men and that all men are awful creates a stigma around aligning with feminist views.

What is feminism? ‍

Feminism is fighting for the equality between genders

It’s important not to confuse the true ideology of feminism with what is often shown in the media. People often argue against feminism, saying that it is just an excuse to hate men and man-shame. However, in its purest form, the definition of feminism is “the advocacy of women's rights on the basis of the equality of the sexes.” With this pure definition in mind, the myth of female liberation with the goal of taking down men can finally be put to rest.

The reality of feminism is that people in support of the movement want women to have the same opportunities to achieve success and happiness as men. Feminism runs on the idea that gender should not restrict a person from embracing their freedoms and achieving their goals. Instead of building women up by tearing men down, feminism supports the fair treatment of all genders in order to attain mutual success. Even more than this, feminism is a political, social, economic, and cultural movement.

Feminism and divine feminism are not about males or females being better than the other. It’s about embracing both sides, within ourselves and as a society. After embracing a patriarchal society for so long,  it’s time to incorporate feminine energies into how we live and function as a society to bring more harmony.

The inequality between men and women affects all aspects of life, and some of the main focuses of achieving this gender equality include conversation about unequal pay, the pink tax, underrepresentation in government, and unfair treatment in male-dominant industries such as engineering, sciences, and business.

What are everyday things I can do to promote feminist ideas?

The solution starts with recognizing the problem

People being treated equally begins with the mindset that people are equal. Like most worthwhile things, this radical societal change will not and cannot happen overnight. Even so, it’s important to make changes in our everyday lives to promote the idea of equality and embrace non-traditional ideas as opposed to stereotypes. A few simple things to be conscious of every day include:

Among many other simple things, these ideas are a few ways to get started on the journey to equality. It is time that society stops looking negatively at the idea of feminists based on the myths that people often believe. Misunderstanding feminism and confusing it with misandry (the dislike of or prejudice against men) is dangerous to society and spreads false ideas. The first step to absolute equality is embracing feminine qualities, rejecting stereotypes, and focusing on the person in general instead of their sex.

Lauren is a Penn State student majoring in English and Comparative Literature minoring in Media Studies.
See All Posts >>