The Most Powerful Music Videos You Should Watch Before the Election

10 music videos to help your political awareness before the election 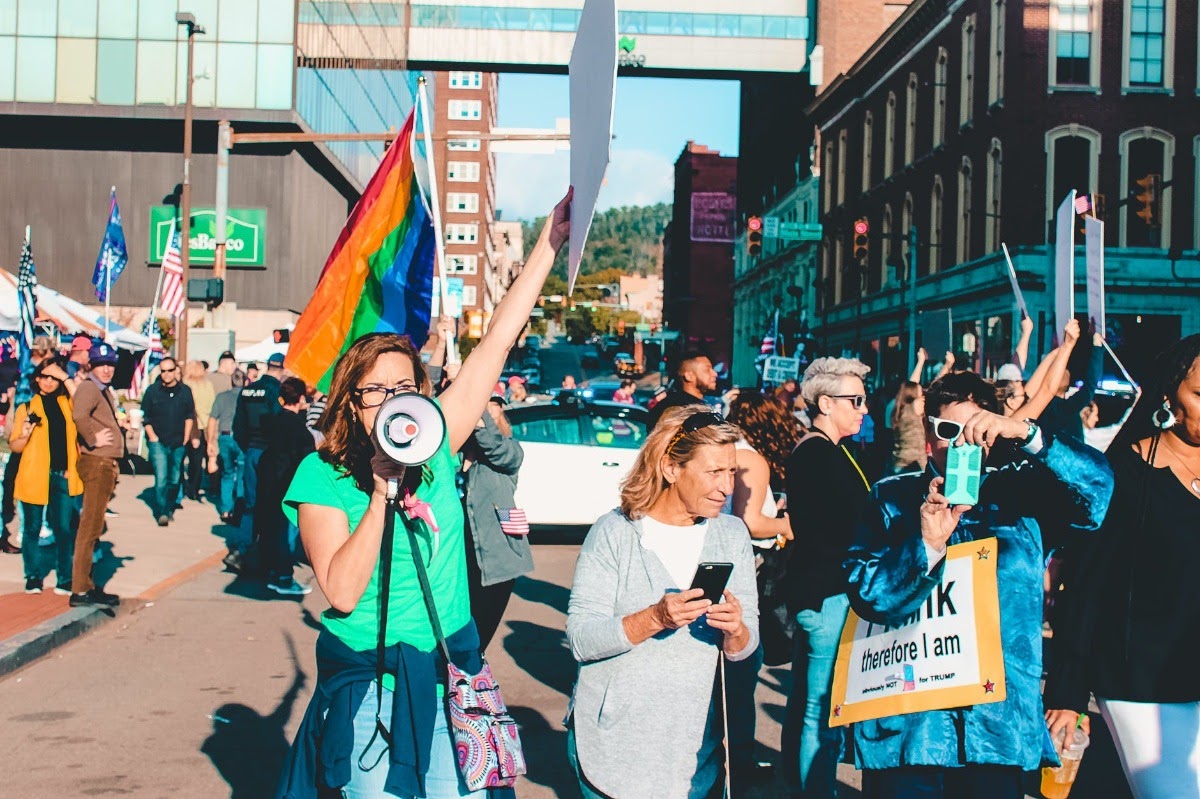 Nowadays, several artists are becoming more vocal about politics and less afraid to use their music videos as a medium to express their opinions and urge their fans to act upon changing the world for the better. There are no doubts that the 2020 presidential election is upon us and, as the time shortens, the importance of getting ourselves educated increases. Therefore, there are many ways with which someone can become politically conscious and educate themselves about voting and making the right decision to change the world for the better; watching a music video is one of them.

Even though music videos often have the functionality of promoting artists and their music, they also allow artists to be able to express themselves and deliver an important political message. This way, artists are able to talk about serious issues such as racism, feminism, global warming, immigration, and the LGBTQI+ community in a way which allows the viewers of their music videos to become politically conscious and more inclined to inform themselves about the said issues. Music is a very powerful tool when it comes to spreading awareness and powerful music videos are more likely to cause a lasting impression on the viewers and to get them thinking about ways in which they can change the world for the better.

Here are some powerful music videos to watch in order to become more educated about what is currently going on in the world and to prepare for the current political election.

“Formation” is the lead single of Beyoncé’s acclaimed sixth studio album Lemonade. Within this video, Beyoncé depicts the Louisiana Creole culture as well as allusions to slavery and the Hurricane Katrina. This video has been powerful ever since the day it was released as it brings awareness to the African-American community and deals with important issues such as racism and police brutality while also shining a light on black culture and black pride.

As we are living in a time when the people have become fed up with the brutality against the black community and the Black Lives Matter movement is still going strong, this video is a must watch in order to understand why people are protesting as well as why changes need to be made and there is no time to waste. Make sure you watch this video and listen to the whole Lemonade album for its powerful messages. Click here to open the video!

“Til it Happens to You” is a song featured in the documentary film The Haunting Ground which depicts the reality of rape culture and sexual assault happening within American campuses. The video contains graphic content and can be a trigger for those who have experienced traumas related to sexual abuse, so make sure that you are able to handle it before pressing play.

Even though the topics depicted within both the song and the video are extremely sensitive, they need to be talked about and people need to become aware of the reality of the victims of sexual abuse and how traumatic of an experience it is. No one should have to deal with sexual harassment of any sort and victims should be protected at all costs as well as have their voices heard. This song was nominated for an OSCAR and if you are not able to watch the video, you should at least give the song a try. Click here to open the video!

“Mother’s Daughter” is a part of Miley Cyrus’s extended play She is Coming. Miley Cyrus is famous for her shocking music videos as well as for not being afraid to express herself and staying true to her beliefs. Cyrus is openly queer and has given several interviews about the topic as well as about feminism. She is extremely vocal about politics and “Mother’s Daughter” only adds to her political views as it is a celebration of all genders, sexualities, and body shapes.

Within this music video, Miley Cyrus is not afraid to shock her viewers by presenting them with reality as a way to normalize what otherwise people consider to be sinful, weird, and/or wrong. This is an anthem to remind us to embrace ourselves and not to be afraid to be who we were born to be. Click here to open the video!

“PYNK” is a part of Janalle Monáe’s third studio album. Not only Monáe is a great actress but also she is one of the most influential musicians of our current generation. She is a voice to multiple minority groups as she defines herself as both bisexual and pansexual as well as nonbinary. There are no doubts that the vagina is often considered to be taboo and those who have one are usually advised not to talk about it or even celebrate it.

Therefore, both the “PYNK” song and music videos function as a celebration of sexuality, self love, and the vagina. The best part is that the video is inclusive of all genders and sexualities and it brings awareness to the importance of diversity; especially within the music industry. Click here to open the video.

5. “You Need to Calm Down” by Taylor Swift

“You Need to Calm Down” is a song included on Taylor Swift’s seventh studio album Lover. Throughout her career, Swift tried to shy away from politics as she feared that her opinions would not be well-received. However, over the last few years Swift has completely changed her attitude towards politics and has not become afraid to advocate for the rights of minorities as well as to urge her fans to vote or sign petitions.

The video for “You Need to Calm Down” came after people speculated about her instance on the LGBTQI+ community and she partnered up with Todrick Hall to produce the music video which counts with the participation of several famous artists such as: the Fabulous Five, Laverne Cox, RuPaul, and Ellen DeGeneres. At the end of the music video, she links a petition in support of the Equality Act. Click here to open the video.

“BROWN SKIN GIRL” is a song by Beyoncé, SAINt JHN, WizKid, and featuring Blue Ivy which was released within the soundtrack of The Lion King (2019) called The Lion King: The Gift. There are no doubts that people have grown tired of the lack of diversity and representation within Hollywood. However, Beyoncé is not shy when it comes to being vocal about feminism and racism through her music and both the song and the music video for “BROWN SKIN GIRL” does not disappoint.

This music video is a celebration of women of color and a powerful message to young brown skinned girls to be proud of themselves and to know that they are beautiful. Everything about this music video is perfect from the guest stars such as Lupita Nyong’o and Naomi Campbell to the depiction of young girls in debutante gowns. Click here to open the video.

“Borders” is a song by M.I.A which is featured in her fifth studio album AIM. Even though M.I.A is from London, she had to face the reality of refugees as an early age when her family immigrated to London from Sri Lanka when she was eleven years old. Therefore, the video for “Borders” is very powerful not only because it depicts the reality of millions of people around the world but also some of what M.I.A had to go through herself.

Immigration is an important issue which needs to be addressed in a proper and humane way rather than with violence. Many people are not aware of everything that people are risking when they decide to leave their country because they fear for their lives, but they have no guarantee that they will ever make anywhere else safely. This is a beautiful music video made to bring awareness to immigration issues. Click here to open the video.

8. “This is America” by Childish Gambino

“This is America” is a single by the rapper Childish Gambino. This is a powerful music video which has had a lingering impact ever since it was released two years ago. Within both the song and the music video, Gambino criticizes the racism present in America as well as the culture of gun violence which continues to take the lives of innocents every single day in this country.

In the light of the Black Lives Matter movement, this music video is making more sense than ever as protests all over the country demand for the end of violence against black people even though many of such protests are being treated with even more violence. “This is America” is one of the most important music videos which you can watch in order to understand what is currently happening in the world and to become politically conscious. Click here to watch the video.

“Body Count” is a single by Jessie Reyez. There are no doubts that slutshaming exists and that everyday women have to deal with the fact that they are not allowed by society to express their sexuality and to be as sexually active as men. However, the times are changing and more women are speaking up about their sex lives and about owning their sexuality rather than let men and society control them.

This is a very powerful music video because it showcases the way with which women who are confident and powerful are often oppressed and mistreated by society. Still, the time has come for women to speak up and stand up for themselves and not to give up. This is an important video to watch in order to understand the struggle of women as well as the importance of feminism. Click here to watch the video.

“Earth” is a charity single by Lil Dicky and it features around thirty famous artists in order to help raise money for the fight against global warming. The truth is that despite what people may say or think, global warming is real. The Earth is the only home that we have and the only home that we will ever have and we are destroying it. This music video brings awareness to several countries around the world, to different animals, different aspects of nature, and different human races as well which make this planet so unique and special. Even though there are aspects of humor within this music video, they are used in order to bring attention to the fact that the Earth is dying and it is up to us to prevent it to happen. Click here to watch the video.

Music videos are powerful because they tell stories and the music videos present in this article tell the stories of several marginalized voices that must be heard.