How to Be An Ally for Diversity

How you can push for diversity, equity, and inclusion in your community 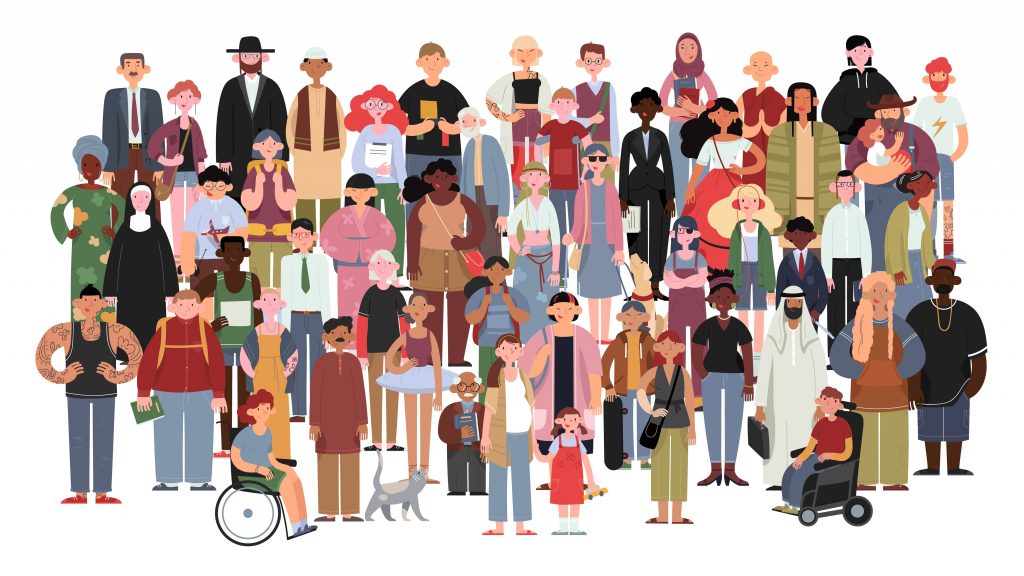 You’ve probably heard the United States being described as a “melting pot” more than once in your lifetime, and you’re probably well-aware of the fact that our country is uniquely diverse in its makeup.

However, simply acknowledging this diversity isn’t enough —  it’s important that we’re all allies for diversity in our lives, and that we work to empower and uplift underrepresented communities in a way that pushes for equity and inclusion. If you’re not sure how to get started, here’s how you can be an ally for diversity.

In conversations about diversity, it’s important to acknowledge that people’s identities come with their own sets of unique challenges and experiences. Diversity isn’t just about people looking different (for example, racial, ethnic, and gender diversity, to name a few), but it’s also about identities that aren’t always obvious or apparent to us.

Invisible identities cannot be easily determined just by looking at someone —  they’re a little more complex than that. These identities include sexual orientation, religion, socioeconomic class, and ability. Although they may not be easily discernible, they still play a major role in shaping people’s lives and their experiences in the world. The intersection of our different identities is what determines how we are perceived by others, and as a result, how we are treated.

Society doesn’t see and treat you as a person of color, and then a woman, and then someone who’s heterosexual, because our identities are all intertwined with one another and cannot be separated. Instead, you’re perceived as a straight woman of color, which means that you experience privilege in some forms (straight privilege) but also face oppression in other forms (misogyny and racism).

The best way to be an ally for diversity is to not be afraid to have conversations about difficult topics. The more we try to sweep these forms of discrimination under the rug, the worse they’ll get, which is why it’s crucial that we speak up about it.

Before, during, and after you have conversations about diversity, there are a few things you should keep in mind:

If you’re having a conversation about racial inequities and you aren’t a person of color, it’s important that you take note of that and understand that it isn’t your place to speak on behalf of others or their experiences. Conversations aren’t just about talking, they’re also about listening, and by acknowledging that you may be privileged in one form, you’re creating a safe space for others who may not be as privileged to share their thoughts, stories, and experiences.

Another thing to keep in mind is that you should never ask someone to speak on behalf of an entire community. Just because someone may be a person of color doesn’t mean that you should expect them to be able to generalize the experiences of an entire community and explain it to you. Make sure to be respectful, listen, and don’t try to speak over the voices of underrepresented people.

If you’re new to the concepts of diversity, equity, and inclusion, don’t depend on other people to show you the way. There’s so much content out there, from books and podcasts to articles and videos that cover these topics in a way that makes it easy to understand and apply in your life. You don’t want to be completely clueless and end up offending someone or look uneducated during a conversation, so be sure to at least have some background knowledge.

Of course, this doesn’t mean that you should be some sort of expert. Learning and growing is what life is all about, so don’t be afraid to respectfully and politely ask any questions that may be on your mind. However, if someone doesn’t feel comfortable talking about something, don’t push it.

If a conversation is getting especially heated, or if it’s making you feel uncomfortable or offended, don’t be afraid to walk away. Stepping outside your comfort zone and discussing topics that you normally wouldn’t is a wonderful step in the right direction, but your mental health and wellbeing always comes first. If someone is being especially rude or offensive towards you, such as calling you slurs or insulting your identity, it’s perfectly acceptable for you to simply walk away from the conversation.

You don’t owe anyone an explanation, and you deserve to feel valid and worthy at all times. Leaning into discomfort is different from having to deal with someone’s bigotry. After an especially tough conversation, give yourself some time to rest, recover, and process, and don’t hesitate to access any resources you may need.

Don’t get caught up in the big picture

Having conversations about diversity is just one way to be an ally. Allyship is all about empowering and uplifting people from underrepresented backgrounds and communities by taking the time to listen to and value their stories as well as their unique experiences. You can further educate yourself and prepare for conversations about difficult topics such as race, gender, class, and sexuality. Every little action you take, whether that’s calling someone out on something offensive they say, or taking the time to go to a local Black-owned restaurant to help small businesses, makes a huge difference!