Pisces and Their Tarot Card: The Moon

What tarot means for a Pisces 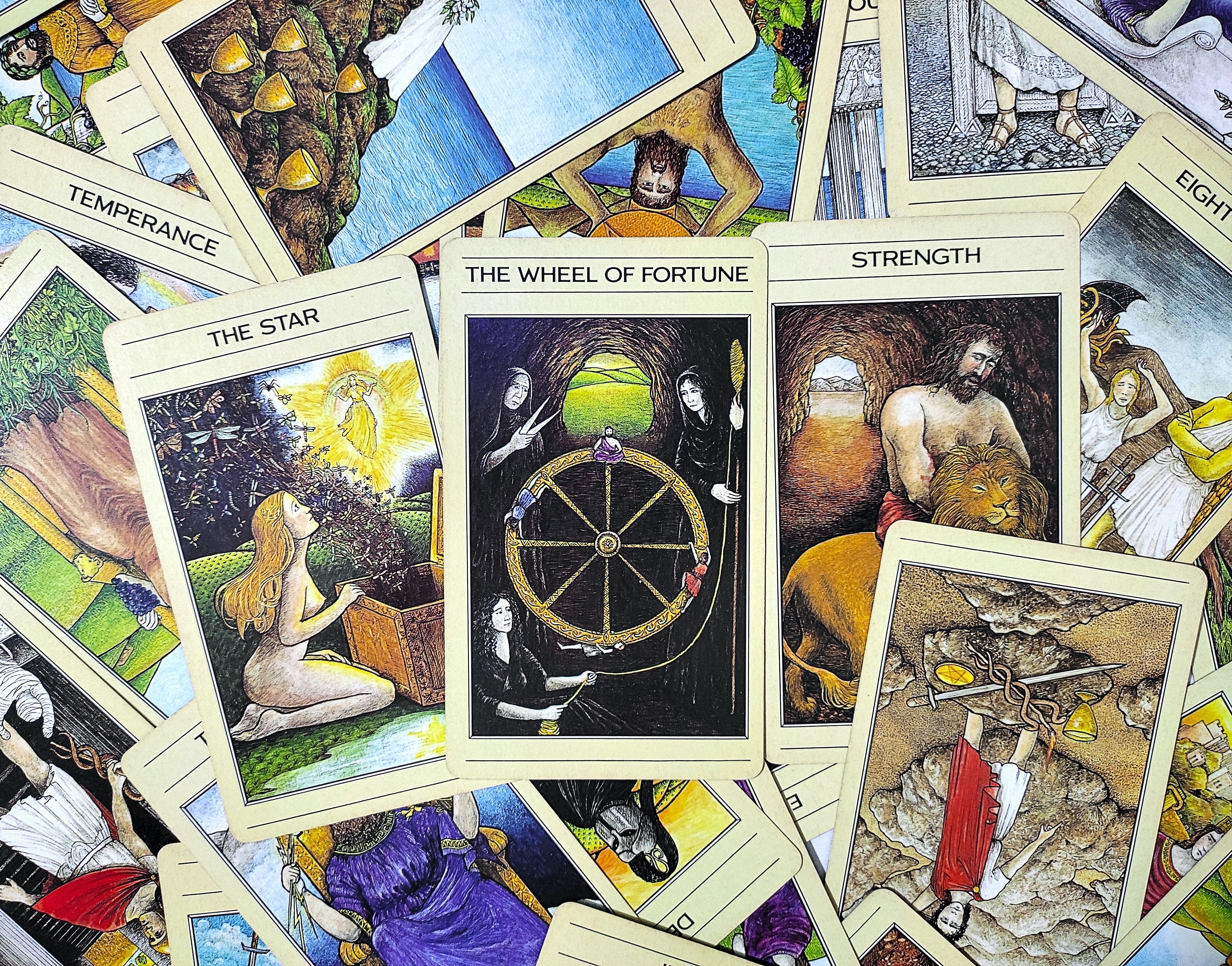 Pisces is the twelfth sign in the zodiac and is represented by two fish. Tarot and astrology often go hand in hand, and each zodiac sign has its own tarot card, just like it has its own planet, sign, and symbol. The Pisces tarot card is The Moon.

First, What is Astrology?

How to figure out your sign, and what it means.

Some Characteristics of a Pisces

What sets the fish apart from the other signs.

Pisces, those born February 19th-March 20th, are represented by two fish swimming in opposite directions, joined together forever. The Pisces is much different from any other zodiac sign, as they are extremely emotional in every aspect of life. They have a strong intuition, and live by their emotions. They also have a strong connection to the natural world. Pisces are a mutable sign, meaning because they are the last sign in the zodiac, they often look to the future, are easy going, and expect good things to come. Pisces tend to get along well with almost anyone, and often put others before themselves. They are very emotionally aware. One’s emotions are ruled by their moon sign, so it’s no wonder that the Pisces and moon are so connected.

How the Moon tarot relates to its zodiac counterpart.

Pisces is associated with the moon, which has to do with relying on instinct and intuition, which is something that the Pisces is known for. Both the Moon and Pisces are ruled by the planet Neptune, too. The Moon signifies a side that someone may hide away from others, or their metaphoric shadow. It can also represent fears or anxiety.

Understanding the symbols on the card

Each tarot card has a number of symbols on it, and each represents an element of the card itself, and is not simply for artistic design. They each have a meaning which corresponds with the elements of the card, and can be used as a visual representation of what the card signifies.

What Does the Moon Card Mean?

Every tarot card that goes with the zodiac is in the Major Arcana group. The Moon tarot card represents intuition. The upright interpretation of the Moon is there to express that something is off in your life, something is not as it appears, whether it be a person or situation. It is reminding you to trust your intuition, which is very Pisces. Pisces often have very reliable intuition, and can channel their psychic abilities. The Moon also represents our connection to our subconscious mind, and that our dreams are telling us important information. This also brings a connection to Pisces, as they often have vivid dreams which can sometimes have hidden meanings. The Moon is a card which brings several things to mind, including skepticism, connecting our subconscious and conscious minds, and trusting our intuition.

The Moon is, again, a card of skepticism. If you’re in a relationship, it can signify that not everything is as it seems. It can also be telling you to trust your gut and listen to your intuition, for it rarely fails you as a Pisces. The Moon can mean many things, but most of all, it is telling you that something fishy is happening, and you might want to watch out for it.

As this card can symbolize anxiety, seeing it in a reading could mean you are having career anxiety. You either are unsure about your future and your current career path, or you are experiencing a communication breakdown with the people you work with. It can also mean that someone is coming to deceive you in a money situation, so watch out and hold onto your finances. While the card can seem like it’s telling you everything is going wrong, it also wants to remind you that you must trust your instincts, and if you’re having anxiety about a situation, stop and wait it out without jumping to conclusions. Slowly, the truth will come out.

Like most reverse meanings, the Moon in reverse can symbolize some of your worries and woes starting to make sense, and be resolved. Anxiety will start to lessen, and the truth will reveal itself. All will work out in the end, and if you were suspicious about something, you will soon find out if you’re correct. Generally, this card in reverse is a good sign. It can also mean that if you’re experiencing depression or anxiety, it will subside.

If you have questions, they will be answered. If you are suspicious, you will soon find out the truth. The Moon in reverse can be thought of as a truth serum when it comes to relationships. If you had any doubts or you were unsure about your relationship, you’ll be able to find what you were looking for. On the contrary, if you’re not in a relationship, but you’re playing the field, it can also be a sign to trust your instincts, because you may be ignoring some red flags.

The fog has lifted, your questions are being answered. If you were unsure about your path, or you were struggling at work, everything will begin to make sense. Whatever confusion, doubt, or fear that the upright position signifies, the reverse is clearing that air.

Pisces and Tarot, and the Connection to the Moon

As the Pisces is ruled by Neptune, and is a water sign represented by two fish, water is a very prominent element of this sign. Water is also very important to the Moon. The Moon is what guides the water on Earth, the tides in the ocean and within us. Similar to that of the natural world, the Moon allows Pisces to go with the flow, and trust their intuition. The Pisces, like the moon, has a strong connection to the ocean. They are spiritual fish who have a strong connection to their emotions, and to water.

Ultimately, there is no denying the connection between astrology and tarot. The two are a package deal, and the more you discover about astrology, learning about tarot is that much more intriguing and vice versa.

Every zodiac sign is connected to a tarot card. If you’re not a Pisces but you want to know your tarot card, check out the information below to find out what your tarot card is!

The Signs and Their Tarot Pairing