There are many issues affecting the environment of Americans, but these five problems are in most urgent need of resolution 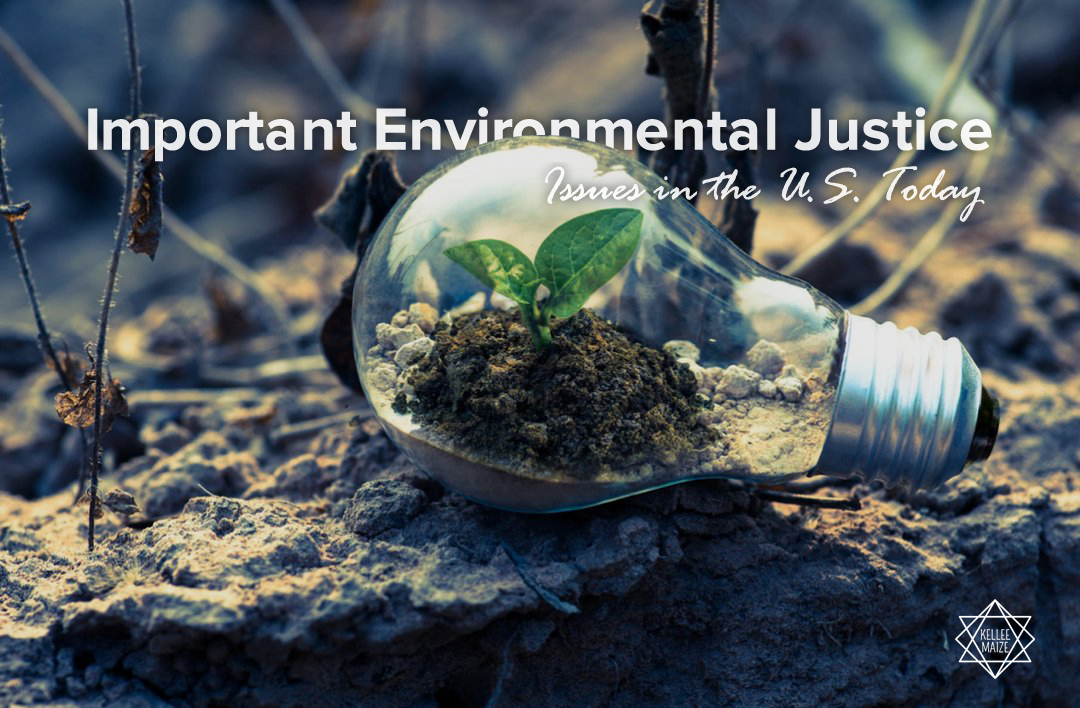 Environmental justice as defined by the principles of environmental justice refers to the need for all people regardless of race, age, gender, income, or national origin to be involved in environmental policy development and implementation. Historically, people of color and those in poorer communities have been left out of the discussion when it comes to decisions affecting where they live, work, and play.

Environmental justice is closely linked to civil rights, and today’s environmental justice workers owe much to Martin Luther King, Jr. who very early recognized the link between poverty, injustice, health, and inequality. His tactics associated with the civil rights movement such as non-violent protests and applying pressure to local lawmakers are still the primary tools used today to push for a more equitable distribution of resources for every community. Although there are many environmental justice issues in the U.S., these are the top five that need an immediate solution.

Having food available that nourishes the body and mind is essential

Many lower income communities are still affected by not having easy and affordable access to a grocery market that sells healthy and nourishing food. These are commonly referred to as food deserts, and community members in these areas are deprived of healthy and necessary foodstuffs such as fresh meat, fruit, and vegetables. Instead, these communities are served by stores that sell convenience food that is prepared and pre-packaged, and laden with chemicals and sodium for preservation. This is not a sustainable diet and can be attributed to a spike in diabetes and heart conditions in people of color in lower income communities.

Even if a grocery store is in a community, it must be affordable for all residents. When people need to make tough economic decisions about food and paying bills, many would choose to go for cheaper convenience food when groceries are out of their reach. Many lower income communities have responded to this issue by partnering with local farmers to create a farmer’s market or small produce stands to help get their community some much needed--and affordable-- essential vitamins and minerals that are a part of a healthy diet.

Everyone has a right to clean air and water

Although it may seem like a no-brainer, many communities of color are still dealing with the fight for access to clean air and water. Most of us are familiar with the issues that affected Flint’s water system, which primarily affected poorer communities of color. The city of Flint in this case decided to switch its drinking water from the system in Detroit to the Flint River, in order to cut costs. Because this method was not tested properly, many problems arose for residents. They complained about the water, but their complaints were ignored or discounted by local lawmakers.

Public transportation should be readily available

Many urban areas have public transportation plans, but that doesn’t mean all of them are run efficiently. Since this burden falls to local or city governments, it can be difficult to effectively balance the needs of a community with the sustainability of a cost efficient transportation policy. However community residents need access to reliable public transportation in order to keep jobs to maintain their standard of living. Not every household in the U.S. has the means to have a car, and even if one is available, there are costs associated with cars that can keep them from being used on a daily basis for a job.

Public transportation should work with the community to lay out the most efficient routes that can serve the most people, and still charge an affordable price to ride. Closures of routes and stops are a constant fear of those who rely daily on public transportation to take them to work, to the grocery store, and to visit friends and family.

Poorer communities are often forced to deal with older houses

Many lower income communities have more rental properties, and sometimes dwell in housing that is either unsafe, or requires significant upgrades. Living in an older place means you are more likely to encounter lead-based paint, which can have toxic effects when it is chipped and not repainted. Older houses and apartments need to be checked to make sure that they are still structurally sound and are not in dire need of repairs.

If children or older people are living in this type of situation, it can have serious effects on their health, and on the performance of children in school. Landlords should be held accountable for repairs to their rental properties and they should work with the members of the community to ensure that everyone has a safe house to live in.

Everyone needs a seat at the table

Perhaps the most important thing members of these underserved and overlooked communities can do is to get involved. Environmental decisions were made for years without minorities and people of color having any say in the matter, and now more than ever is the time to demand to be included in any policy that affects their communities. The only way to gain strides in any of these major issues is to stay aware and fight for the health of the community.

Environmental justice is a battle that is very much worth fighting, and won’t be won until government, corporations, and communities can all work together.  Before Rep. Alexandria Ocasio-Cortez took office in New York she stated she believes that fighting for environmental justice is the new civil rights movement, and her statement couldn’t be more accurate.