How to Recognize and Avoid Heavy Metal Toxicity 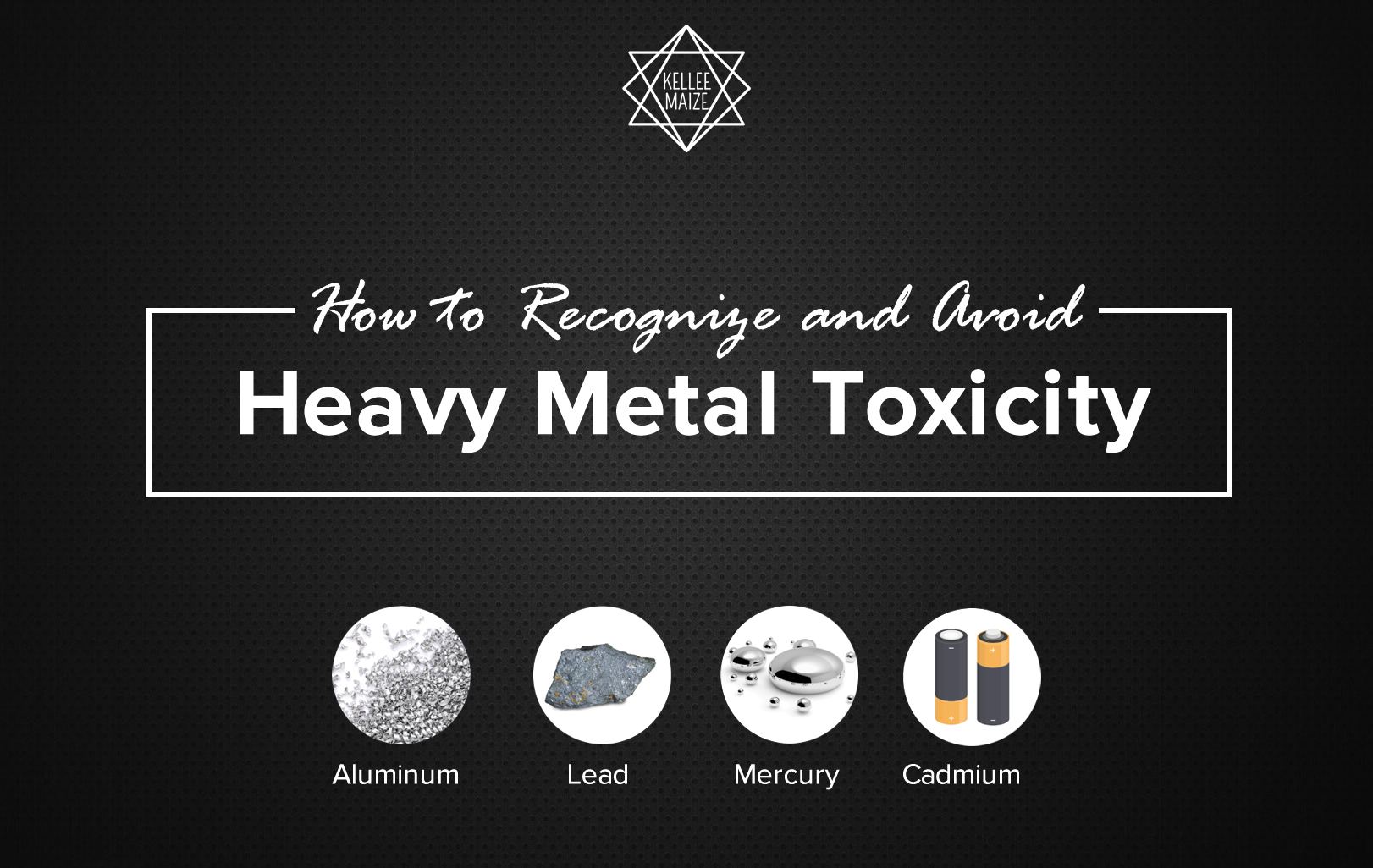 Heavy metal toxicity is the presence of high quantities of certain metals like mercury, aluminum, cadmium, and lead in the body. These metals generally build up slowly over time and are caused by either a diet high in them or environmental exposure. For most people this isn’t a problem, they naturally lose heavy metals about as fast as they gain them. For others whose diets lean toward heavy metal consumption or who have a genetic predisposition, this can be a huge problem with real quality of life consequences. So how do you know if you happen to have heavy metal poisoning?

There are only two factors to consider: Your symptoms and your diet.

Symptoms vary from metal to metal, but if you have a diet rich in the metal and suffer from the symptoms of its exposure, it’s time to follow up with your doctor.

Mercury poisoning is by far the most common type of metal poisoning and is most recognizable for its severe neurological effects. Symptoms for mild cases include:

Mercury affects the brain, heart, kidneys, liver, and immune system although only effects to the brain provide reliable symptoms. Interestingly, mercury is also the cause of what is known as “Mad Hatter Syndrome” or erethism. Felt hat makers in England were exposed to high levels of mercury due to its use in the process of stabilizing wool during felting. High levels of exposure caused delirium and a caustic personality, making hatters noticeably more “mad”.

For most people today, the cause of mercury poisoning is due to a diet high in fish. Doctors recommend no more than 12 ounces a week of fish or shellfish and to avoid shark, swordfish, tilefish, and king mackerel altogether. Fish that are lower in mercury are shrimp, salmon, and pollock. Balance is key though, because a diet with a decent amount of fish provides Omega-3 which helps your heart, skin, eyes, and promotes brain development during pregnancy and childhood. A small amount of fish each week is ideal because the amount excreted equalizes with the amount intaken. There is also a genetic condition which affects this process, causing mercury to slowly leak out of the system compared to those who do not have it, although this is rare.

Nowadays, lead poisoning is a rare occurrence but its presence remains in certain household products. Symptoms in children include:

In adults, the symptoms commonly experienced are:

Lead poisoning has often been cited as a contributing factor in the fall of Rome. Romans were frequent lead users, lead was used in vessels for holding and concentrating grape juice, make-up, and used to store wine. Because of its sweet taste, it was also often added to wines to enhance their flavor. Romans made "sapa", boiled down grape juice, in kettles made from lead. All these factors lead historians to believe that Romans had a diet of 35 to 250 milligrams of lead a day. Compared to the average American diet of 0.3 milligrams, it's easy to see why most citizens of the Roman empire had lead poisoning. Picasso has also often been cited as a victim of lead poisoning. He would suck on his brushes in order to bring them to a fine point, ingesting the lead within the paint. Historians believe this is a factor in his shifting style.

Lead is usually found in vegetables as it is present in the soil in which they are often grown, although this shouldn’t stop you because the benefits of eating vegetables outweigh the cost. Lead is only found in trace amounts in home-grown veggies. Fruit juice is also a common food to find lead in, with 67% of mixed fruit drinks containing lead.
Although cases of lead poisoning have gone down since it was removed from household products like paint, make-up, and toys, it still remains a prevalent problem with around half a million children in the United States having some degree of lead poisoning.

Aluminum is one of the harder toxicities to place, its symptoms are much more subtle than other heavy metals and only become readily apparent in long term health issues or in severe poisoning. Symptoms include:

‍
Although it’s still up for debate, certain studies have found a link between higher than average levels of aluminum and the development of Alzheimer’s later in life. That said, aluminum is relatively safe when compared to other heavy metals, there is a higher threshold before it becomes a problem. Though, there is an issue with how often it is found in everyday life. Aluminum can be absorbed through food packaging, food baked in aluminum foil, baking trays, sunscreen, toothpaste, antacid medication, and is the active ingredient in deodorant. Women are especially prone to aluminum exposure in deodorant due to the increased likelihood of shaving one’s armpits. Open wounds provide a pathway to reach the bloodstream.

Although the rarest heavy metal to come into contact with, it provides the greatest risk when exposed. This metal has an especially low permissible rate within the human body, meaning even small or infrequent exposure can lead to toxicity. The symptoms are also much harder to place because almost all are long-term effects on the vital organs. Symptoms include:

Although the symptoms are more severe and permanent than others on this list, cadmium exposure is typically only recorded in factory workers and heavy smokers. Cadmium is used in the production of batteries and technology and certain processes put workers at a higher risk of exposure. Artists who mix their own paint are also at risk as certain dyes use cadmium in their color compounds. Although a serious issue if exposed to cadmium, most people can rest easy knowing their exposure will never become a problem.