What’s the Difference Between Halloween and Samhain?

As one of the oldest recognized holidays celebrated around the world, Halloween has been around for centuries. But have you ever wondered when and why it all started? 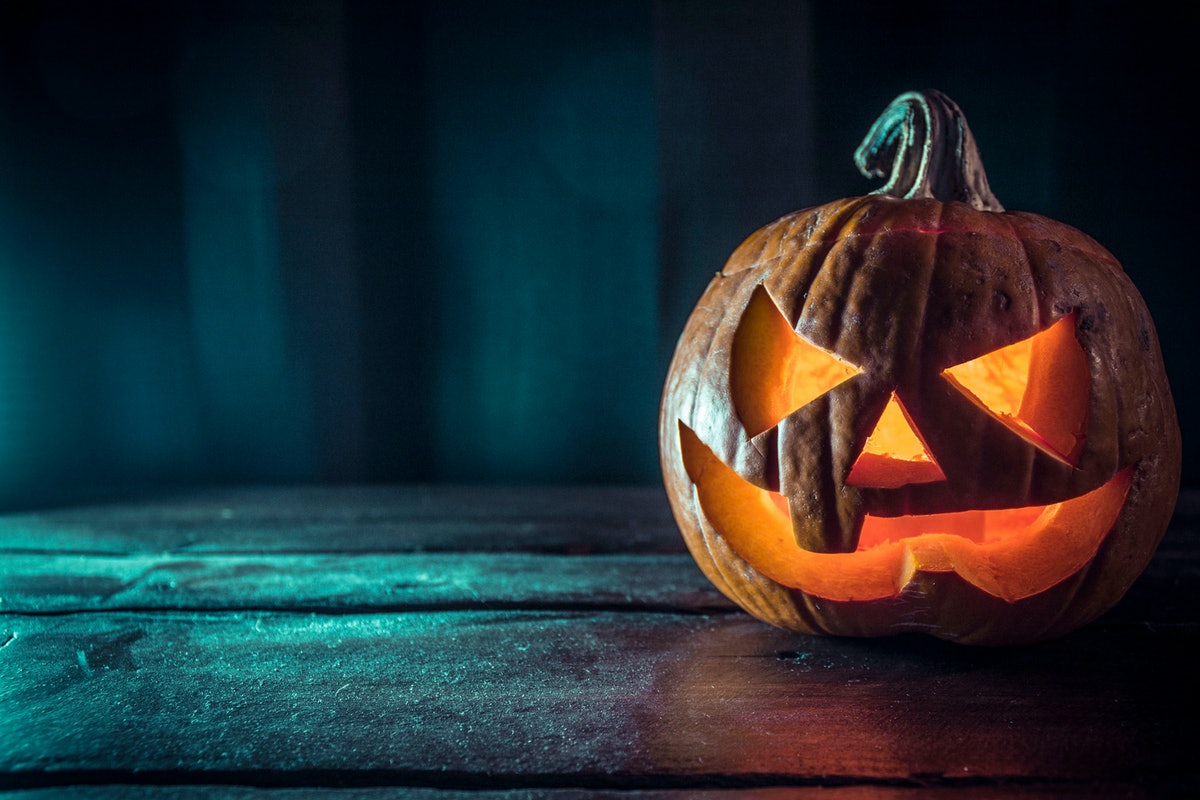 As we know it today, Halloween is when we eat lots of candy and indulge ourselves in all things spooky. Dressing up in costumes, going to haunted houses, carving pumpkins, and trick-or-treating wasn’t always how this holiday was celebrated. Historically, the holiday was religious and very important to the culture of the people who celebrated it.

In today's world, Halloween is a holiday where children dress up in costumes and go door-to-door trick-or-treating. But, the history of Halloween goes all the way back, thousands of years ago, originating from a pagan festival known as Samhain.

As the traditions of Halloween are widely believed to have derived from Samhain, there are many similarities between the two. Both celebrations are held at the same time of the year and are dedicated to the dead.

Over time, October 31 became known as All Hallows Eve, meaning “hallowed evening,” which contained much of the same traditional pagan practices. Today, we know it as Halloween, which was adopted in 19th century America through Irish immigrants bringing over their traditions of the holiday across the ocean.

The most popular activity to do to celebrate Halloween today is the custom of trick-or-treating. Trick-or-treating involves children dressing up in costumes and going door to door in their neighborhood, to solicit treats from neighbors, most often the treat being candy. Ever wonder why we celebrate this holiday by dressing our children up in costumes to go knock on strangers’ doors to ask for treats and candy?

Well, the practice of trick-or-treating can be traced back to the practices of ancient Celts thousands of years ago.

It is believed that trick-or-treating derives from ancient Scottish and Irish practices in the nights leading up to the celebration of Samhain. The origin of dressing up in Halloween costumes comes from traditions in Scotland hundreds of years ago, where people dressed up as saints in order to ward off bad spirits. While disguised as saints, they went door to door to perform a “trick”, such as reciting a poem or telling a joke, in hopes of an exchange for a treat. In Ireland, for example, people would dress up and go door-to-door as mummers and sing songs to the dead. As songs were sung to the dead, they would receive a treat, such as a cake.

As Irish and Scottish communities revived the Old World custom known as "guising" which is the practice of disguising oneself and visiting people’s houses to perform a trick, such as reciting a poem or telling a joke in hopes of an exchange for a treat. Starting in the early 20th century, the old world custom of “guising” developed into the practice of what we know of today as, trick-or-treating, which became extremely popular.

Samhain is a Gaelic festival marking the end of the harvest season and the beginning of the transition to the darker half of the year (winter). Historically, the festival is held on the first of November but the celebrations begin on the evening of the last day of October, the 31st as the Celtic day began and ended at sunset. This is about halfway between the autumn equinox and winter solstice.

The festival entails great gatherings and feasts while the ancient burial grounds were open, which were seen as portals to the Otherworld.

In Celtic mythology, the Otherworld is a supernatural realm of the deities and the dead. As the Otherworld is similar to the parallel universe, it is said to exist alongside our own world, located beyond the edge of earth, signalled by sudden changes in the weather, a mist, or the appearance of divine beings. People reach the Otherworld either by chance or after being invited by one of its residents. To enter the Otherworld, you must enter ancient burial mounds or caves or by going under water.

People who celebrate Samhain believe that the barriers between the physical and spiritual world break down during Samhain, which allows more interaction between humans and residents of the Otherworld. In other words, the Celts believed that the dead returned to earth on Samhain, the night of October 31st.

How was Samhain Celebrated?

Ancient Celts took the celebration of Samhain very seriously, as Samhain was the most significant of the four quarterly fire festivals. As this time of the year marks harvest season, fires were left to burn in family homes while the harvest was gathered. The harvested foods were to be left out on tables to appease the unwelcome spirits. After all the harvesting was complete, the people came together for a shared celebration alongside the community Druid priests who lit a large community fire. A druid was a member of a high-ranking class in Celtic cultures, concerned with the natural world and its powers. Druids were often religious leaders who focused on contact with the spiritual world and holistic medicines to treat illnesses.

Often during these celebrations, villagers would disguise themselves in costumes made of animal skins to scare away phantom visitors.

Sacrifice is the offering of the lives of animals or humans to the Otherworld and in this case, was an act of worship towards the spiritual world.

Following the ritual animal sacrifice, the people would each take a flame from the large fire and disperse back to their homes to relight their individual fires.

As Samhain lasted three days and three nights, the community was required to show themselves to local kings or leaders. Samhain was a mandatory celebration so failure to participate was believed to result in punishment from the gods, usually by illness or death.

As some traditions of Halloween are derived from the traditions of Samhain, there are some major differences of how celebrating the dead has changed over the years.

Halloween traditions have derived from the traditions of the ancient Celtic festival of Samhain. The Celts celebrated on the night of October 31st because they believed that the dead returned to earth on this night. On the sacred night of Samhain, the people would collect harvest, then celebrate by gathering to light fires, offer sacrifices and pay homage to the dead. Celebrating the dead has slowly changed over the years. As some traditions of Samhain including large fires, sacrificed animals and tables full of prepared food left as offerings to the dead have come to a halt, some traditions remain, like the Old World traditions of guising, or dressing up in a costume of disguise. By the 1920s, dressing up in costumes and trick-or-treating became the most common Halloween activity to celebrate the holiday.