Songs To Get Down To In Downward Dog 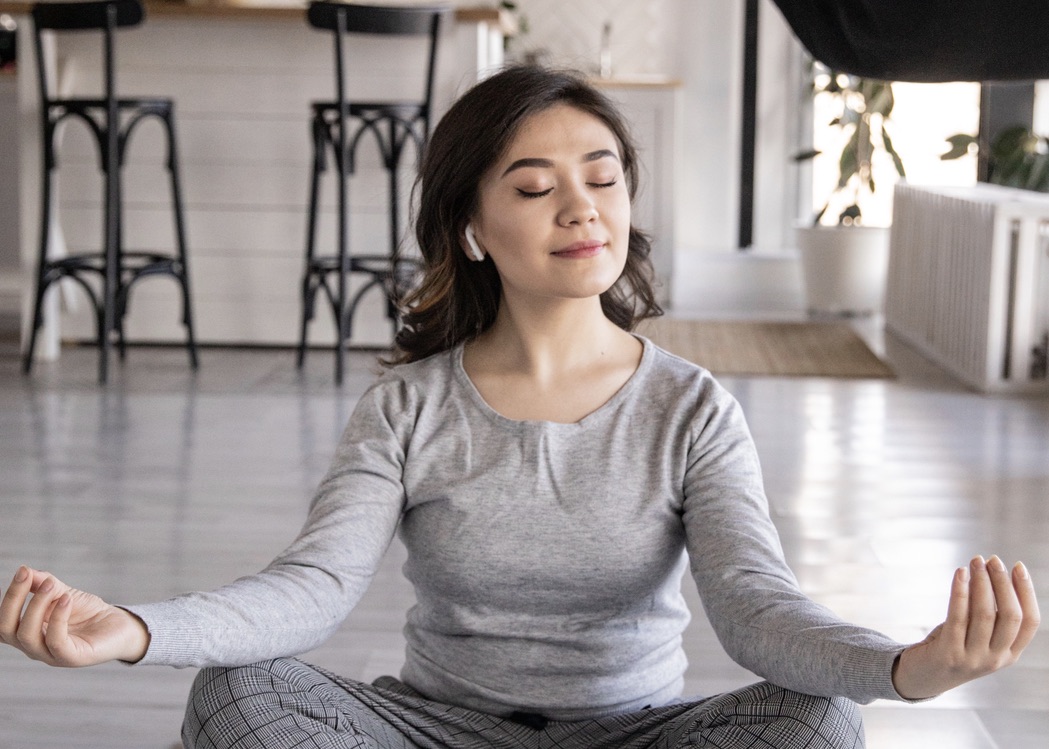 If you’re anything like me, starting a yoga session without picking out a top-notch playlist is like pouring the milk into the bowl before the cereal. Sometimes it can be difficult to find music that has the mood you’re looking for while not pulling your focus from the poses at hand. If you’re looking for a selection of upbeat songs to tack onto your yoga playlist, then you’ve come to the right place.

In this article we’re going to get into:

Yoga + Music = A Match Made In Heaven

Using music to center yourself

Choosing music for your yoga playlist is something that can be very personal. We all have different tastes in music, and whether it’s classical or EDM it’s important to try to find what music works for you when you’re doing yoga. To that end, we’ve researched to find a broad selection of upbeat sounds and sounds perfect for listening to as you do yoga.

Jams to do your yoga to

These songs are complete with good vibes, nice tempos, and great lyrics to power you through your yoga session.

The song provides a smooth and hypnotic beat that we’ve found to be great for yoga. Achieving flow is made simple by the tone of her voice, and the richness of the song’s sound overall. You definitely want to check this one out.

This one is a jam at any hour of the day

Hold on is one of eight songs on Drama’s album Dance Without Me. This song was released in February of 2020 and brings a lively energy to any playlist it touches.

The vocals on this track are great and the production provides a high energy feel for your yoga session. The strong bass line in Hold On is perfect for creating an upbeat atmosphere. This song is perfect for sparking the tenacity needed for various poses and stretches.

This La Vie En Rose Remix was released by Callan in 2019. The song features the lyrics from the translation of Edith Pilaf’s original that was released in 1947.

This rendition of La Vie En Rose is a great selection to play as you do yoga. Its piano chords and bubbly beat won’t hesitate to make you want to get moving. Although its groove is lively, La Vie En Rose is in no rush and takes its time to deliver a greatly enjoyable experience.

Beautiful guitar riffs, and other mind-blowing elements that never feel out of place

British artist, Beau Diako, released Flamingo along with five other songs in his EP titled “Flutter”. The album combines his producing and guitar talents to create a beautiful combo of Indie and R&B and was released in 2019.

Flamingo is a great song for yoga with its island beat and relaxed energy. Its melody is uplifting and fun and Diako’s choral harmonies make for a perfect listening experience. If you’re planning to do yoga outside, or later in the day when the sun is just starting to set, this song is a great pick to throw on in the background.

A yoga-ready remix on the original hit

In 2017, Alina Baraz released an album of remixes of her song Electric featuring Khalid. This version in particular was remixed by Electric Mantis.

The vocals from Baraz and Khalid in tandem with the smooth, upbeat twist on the song that Electric Mantis created in production, makes for a dreamy sound perfect for any yoga session. The remix balances its pluckiness with the calm of its lyrics and the easy-going qualities of the melody. This song would fit well in any yoga playlist but if you’re a fan of the original song, this remix might just make your yoga experience a home run.

For those wanting a more raw audio experience

These songs are complete with great melodies, production, and beats that will help you find your center as you make your way through your yoga session. If you’re one of the many people that have difficulty concentrating while listening to music with lyrics, these may be the ones for you.

Truth is a front-running song from Shallou’s debut EP, All Becomes Okay. The song was released among five others in May of 2017.

This song would be a perfect start to your yoga session. Its instrumental nature is sure to allow you to center yourself and the production brings empowering and inspiring energy with it.

One of our personal favorites

Sunset Lover was self-released by Petit Biscuit as a single in 2015. Petit Biscuit is a 20-year old French DJ who’s recently become increasingly popular in the United States.

This song keeps a pleasant and lively beat throughout. The manipulation of vocals makes for a good-natured vibe and it’s certainly a crowd-pleaser. Sunset Lover promotes focus, but it is also uplifting and gentle.

Brothers - City of the Sun

The motivation you didn’t know you needed

Brothers was released by City Of The Sun in 2016 as a part of their rock album titled: To The Sun And All The Cities In Between. Brothers was one of the 13 songs on the album and showcases a powerful instrumental display.

The use of Spanish guitar in this song adds to its encouraging essence. Doing yoga to this song will make you feel like you’ve just conquered climbing a mountain… twice. Brothers has a great spirit and is a lovely instrumental pick for your yoga session.

An Electronic Pick That’s Sure To Please

Closer was released as a part of Slow Magic’s album How To Run Away in 2014. The Electronica album features seven other songs that showcase the DJ’s talents. Slow Magic remains anonymous behind their colorful animal mask but their artistry and mysticism are clear to see through their music.

Closer is a wonderful addition to make to your yoga playlist. If you’re more into electronic music then this song will be a prime candidate for you. Its high tempo beat and samples are reminiscent of fantasy. This song will surely bring a sense of relentlessness, and determination to any yoga session.

Burns has a very consistent beat that is perfect for encouraging you to keep going. This instrumental has a relentless inspiring quality about it, and balances that with a calmness that’s comforting to the listener. Burns is a great song to put on at the halfway point of your yoga session to make sure that you get over that hump and push towards the end.

From Here - Louis The Child

From Here is one of 13 songs released in the album OWSLA Worldwide Broadcast by Louis The Child. This electronic record was released in 2016 by the DJ duo, Frederic Kennett, and Robby Hauldren. Louis The Child is originally from Winnetka, Illinois, and has built a large presence with well over 300 million streams on Spotify.

From Here is a great instrumental addition to your yoga playlist. The song features an innovative beat, with a drop that balances upbeat energy and a level of control. We’ve found this song to be a great add if you’re looking for a song to encourage flow.

You’ve never heard an acoustic with heart like this one

Tumble’s Lullaby was released in September of 2019 by Kyle McEvoy and Stan Forebee. The song is one of the five songs in the album Bloom that was an original mix by the duo. Tumble’s Lullaby falls into the category of chill hop music because of its lively beat.

This song finds a way to capture an essence of adventure, whether it’s fictional or the one that you’re going on yourself. It’s a perfect song for motivating yourself through your yoga session and provides a profound sense of peace through every second of its melody.

At the end of the day, what music you enjoy doing yoga to is what matters the most. Whether you pick songs from this list or tunes from your personal library, it’s important to choose songs that work for you.

Anita Parrott is a volleyball player and content creator.
See All Posts >>