We Can Make Progress Again 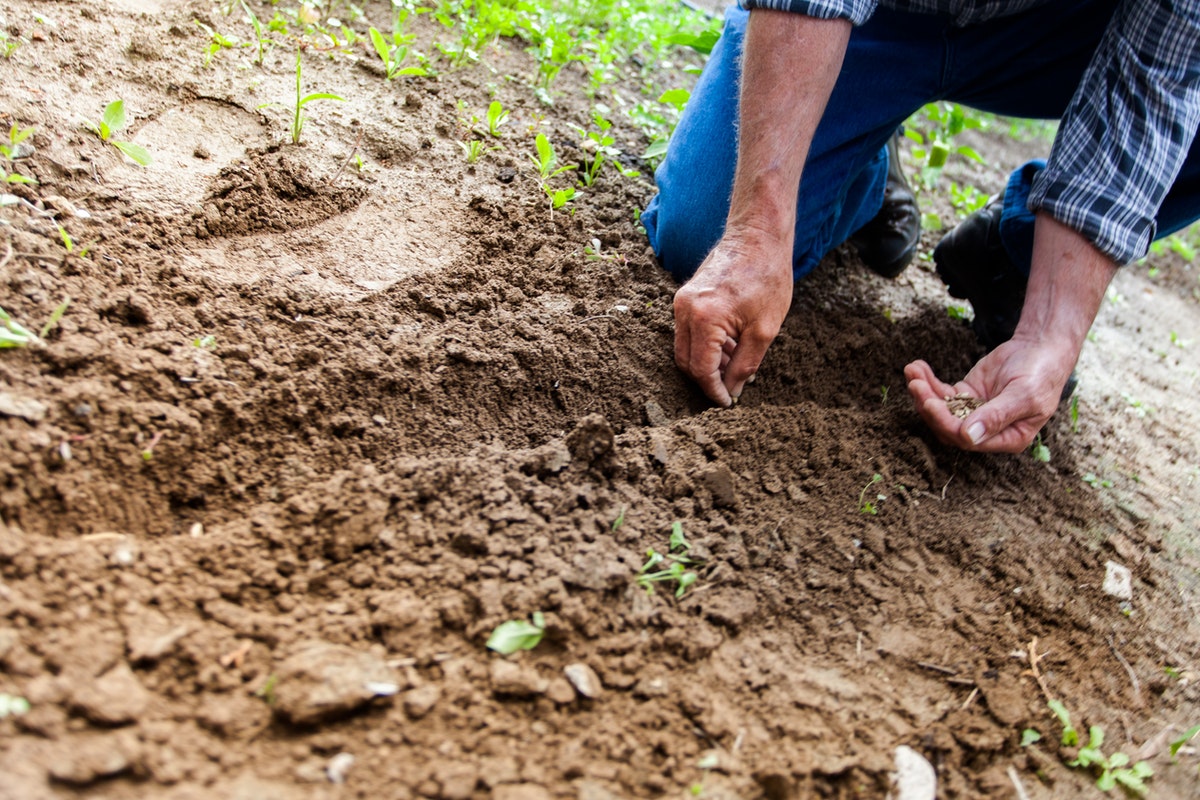 The Trump era brought about many drawbacks for our society. Different groups of people were targeted by our government policies due to race, gender, and immigration status. The environment was often the target of dangerous policies that seemed to be enacted with terrifying frequency. Environmental gains that were made in the past years were rolled back in ways that benefit affluent companies at the environment’s expense. This administration was a huge setback for the U.S. and the world. We lost a lot of ground, and many people lost hope in our system.

Those lost gains are thankfully returning with Biden’s new policies. He is making a concerted effort to fix what the Trump administration worked to destroy over the last four years. Environmental regulations were an easy target for Trump because many of them came about from executive orders that Obama made during his time in office to bypass a disagreeable Congress. Congress refused to work with him and so he signed executive orders so he could get certain things done. Trump was able to eliminate those acts one by one without much effort. Biden is now picking up the pieces with some policy of his own. It is great to watch environmental protection be prioritized by our government once more. Here are a few of the positive changes that our current administration has done to protect the environment.

During Trump’s presidency, the head of the Environmental Protection Agency (EPA) was a former coal lobbyist. Trump was the one to appoint him. He fit a recurring pattern during the administration. He headed an agency that he had personal interest in thwarting. Under Trump, the EPA rolled back the Obama era clean car standards. Their new rule, known as the Safer Affordable Fuel Efficient Vehicles rule, relaxed emission standards significantly. Vehicles are the number one source of air pollution in the U.S. His standards were alarmingly lax and brought an increase of issues we’ve already been fighting to eliminate. He rolled back standards to limit pollution from airplanes as well as power plants. He even pulled back from the Paris Agreement, an international treaty meant to reverse climate change. This led to the allowance of more carbon emissions in the air, worsening our atmosphere instead of improving it.

Biden rejoined the Paris agreement on his first day in office. He is working with car manufacturers to establish a better standard of fuel efficiency for our vehicles. His administration has pledged to speed up the effort to bring forth cleaner forms of energy for public use. Solar and wind energy will be in prominent use when Biden’s administration manages to succeed in this endeavor. These energy sources have proven to be efficient and far less harmful than oil. It contributes to air pollution and the land needs to be affected to retrieve it. Our air quality has the potential to turn around completely with these efforts.

Trump caused a significant amount of harm towards wild animals while in office. He weakened the Endangered Species Act, an act meant to protect species that are in danger of going extinct. He did this by limiting the definition of “critical habitat.” He allowed agencies to disregard the safety of certain habitats if the costs they are likely to incur will outweigh the benefits of protecting the environment. Companies profit margins were treated as more important than living land and creatures. He also signed a law that prevented people from designating new areas as protected spaces. He chose to limit protected areas and make it easier for companies to violate them for personal benefit. We need to have more protected areas, not less. We can now start moving in that direction despite the four year long setback.

Biden has announced that he will review Trump’s rollbacks of threatened and endangered species protections. There is a long list for him to address. He already has plans for how he will help endangered species survive. He has plans to enact clear water rules to keep their drinking sources clean. This will keep the animals healthy so they don’t get sick and die from preventable illnesses. He plans to halt fossil fuel development projects in places where animal species thrive. Biden will strengthen many protections for at-risk species. There are many rollbacks for Biden to fix, but once he accomplishes the task, our wildlife will reap the benefits. We all will be better off when our wildlife is.

During his time in office, Trump approved the Keystone Access pipeline. He also approved the Dakota Access Pipeline. These projects were opposed by various groups for over a decade. Environmental activists fought alongside Native Americans for the safety of these lands, but they could not stop the administration's approval of these projects. We had assumed victory when the Obama administration vetoed the pipeline in 2015, but that did not prove to be a solid defense once he left office. After a long and hard-fought battle, it was discouraging to see those efforts be disregarded. Thankfully, that disappointment didn’t last.

Biden quickly blocked the Keystone Access pipeline. Other similar projects are stalled and likely to be blocked as well. It is a great victory for us to have our government prioritize the environment over the needs of oil companies. Keeping our land intact instead of drilling for oil is a great move that will greatly improve the health of our planet. Biden’s effort to prioritize more sustainable sources of energy will help keep these lands protected. It would be very beneficial for us to move on from energy sources that harm our planet and use energy that does not require drilling into land that is best left untouched. We will make a lot of progress with Biden championing healthier sources of energy.

Trump had reversed Obama era protections meant to reduce air pollution. He firmly put the interests of businesses over the needs of individual people. He reversed the serious efforts that had been made in previous years to refrain from further damaging the earth’s ozone layer. Our planet needs to be protected from intense damage that will further harm our ecosystem. Our bodies don’t fare very well when saturated with pollutants. Pollutants in the air can cause ill health, including many respiratory and heart conditions.

Biden has pledged to instruct the federal government to always consider the economic impact of climate change when making new regulations. He wants them to be mindful of the effects they can have on the environment and actively make good choices to benefit it. Climate impacts are costing us billions despite the large profits that a few companies are able to earn from using harmful business practices. Earning money from polluting our air quality only brings about short term benefits for very few people. Improving our air quality benefits us all. Biden is reestablishing the group meant to issue those guidelines so that there is close oversight involved with policies that can impact our air. This is a great step towards making our air breathable. Without these measures being taken fast, we’d be at risk of our planet becoming a much more hostile environment for us.

The Trump Administration heavily slashed the budget for environmental protection programs. They were firmly on the side of large corporations and helped them damage the environment by repealing previously established laws. Environmental agencies suffered under Trump, and the environment suffered along with them. The EPA is an agency that the Trump administration harmed significantly. They lost almost 1,000 employees during this four year period. Trump chose to allow the environment to be harmed for profit rather than use agencies like the EPA to their full capacity. They were not able to operate in a way that would actually benefit our environment. This has caused us harm that needs to be reversed.

Biden went right to work on reversing this damage. Biden’s plan asked Congress for $14 billion dollars across almost every industry. He wants to zero out U.S. emissions by 2050. He plans to direct billions of dollars towards environmental goals. These billions would go towards clean energy innovation and research, energy efficiency in homes, and electrifying federal vehicles. He plans to restore the EPA, starting by giving them more federal funding than they have ever received before. This is great news for anyone who realizes just how important it is to make change. This would go a long way towards improving the wrongs that have been done over the past four years.

Our country was dragged backwards from our environmental progress for four years, but we still have the chance to make progress. Biden has taken a few different steps to improve our environmental outcomes since he’s gotten in office, so we’re back on the path of making the improvements needed for our environment’s health!

Businesses that Prioritize Sustainability
The climate crisis is shedding light on more eco-friendly businesses
Read More >>
The Best Zodiac Meme Accounts on Instagram
15 relatable accounts that will help you get to know your zodiac sign a little better.
Read More >>
3 Companies That Went Plastic Neutral
Did you know that 300 million tons of plastic gets created yearly? Even more frightening, 50% of that plastic is single-use only. In the past ten years alone, we have made more plastic than we have in the last century.
Read More >>
Top 6 Sun-Conscious Places to Vacation During Winter Months
With the winter months approaching, the nights getting longer and days getting shorter are sure to bring on our winter blues.
Read More >>
10 Inspiring Yogis to Follow on Instagram
These 10 Instagram yogis and their aesthetically pleasing feeds will have you ready to roll out the mat and get moving.
Read More >>
Garnier Committs to Sustainable Green Beauty
A journey to cleaner, greener beauty that will help all of us feel a little more beautiful.
Read More >>
Top 5 Environmental Issues in Western PA Today
These issues are prevalent, but something can be done to improve them for the better.
Read More >>
The Best Clean Sunscreen Brands
Sunscreen is important for skin protection, but some brands can be toxic.
Read More >>
The Effect Of Iron In Water And How To Remove It?
But what exactly is the effect of iron in water? Iron makes water stink and have a metallic taste. In high levels, iron changes the color of the water to red, yellow, or brown.
Read More >>
How much of a difference does an electric car make?
Are electric cars really so great for the environment or are they overhyped?
Read More >>
Self Care Ideas for Moms
Being a great mother is an awesome thing, but don’t forget to also take care of yourself!
Read More >>
The Best Tarot Decks You Can Get on Amazon Right Now
Make sure you get yourself one of the best decks available.
Read More >>
Are Vegetarians Healthier than Meat Eaters?
There is a good chance that eating a plant-based diet is naturally a lot healthier than a diet that includes meat products.
Read More >>
Why do People go Vegetarian or Vegan?
Vegetarian and vegan diets grow in popularity every year, and there are very good reasons why.
Read More >>
10 superfoods for your breakfast smoothies to kickstart your day
Read More >>
Sustainable Seafood Brands
Finding sustainable seafood is possible.
Read More >>
What is Reiki?
This healing technique is not very well known, but worth getting to know better!
Read More >>
5 Vegetarian Lunch Ideas
Being a vegetarian doesn’t mean you have to miss out on the good stuff when it comes to delicious lunches.
Read More >>
When Should I See A Chiropractor?
Seeing a chiropractor doesn’t always mean you have to be experiencing pain-- visiting a chiropractor could bring you overall wellness.
Read More >>
Vegetarian Breakfast Ideas
Breakfast is an important meal. Make sure you have fun with it!
Read More >>