A Deeper Dive into the Leader of the Zodiacs 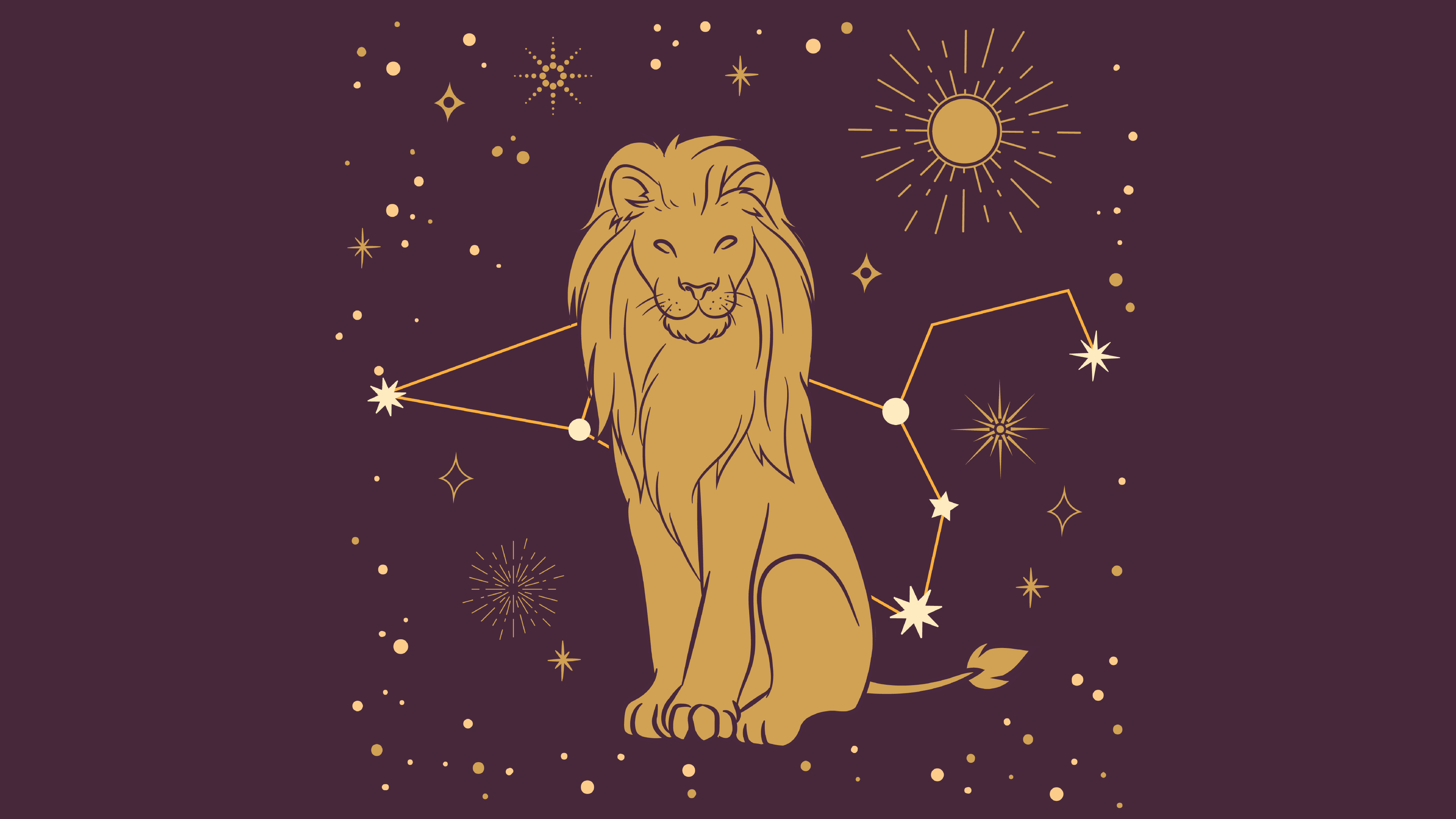 At every 30° of celestial longitude lies one of the 12 classical zodiacs (not including Ophiuchus): Aries, Taurus, Gemini, Cancer, Leo, Virgo, Libra, Scorpio, Sagittarius, Capricorn, Aquarius, and Pisces. Since ancient times, astrologists and astronomers - participants in studies that were once one and the same - have looked to this celestial span to find explanations for everything from creation to human nature. Each zodiac is associated with an element, a season, a celestial ruler, a set of traits, and in many ways, the signs reflect the nature of the solar system that rules them. If this is the case, then just as the sun is the center of the solar system, so too is Leo the center of the zodiacs.

Leo occupies the 120° to 150° marks of celestial longitude. Those born under Leo find their birthdays between July 23rd and August 22nd, at the height of summer. Leo is a fixed fire sign whose celestial ruler is none other than the sun itself, which explains why Leos are such natural born leaders and so easily find themselves center stage in such a vast array of situations. Their constellation, after all, is the Lion, the so-called “King of the Jungle.” This confident and alluring fifth zodiac has the mantra “I Will.”

In this article, we will further explore…

Fire Element with a Fixed Mode

Confident or cocky? Maybe a bit of both.

In all likelihood, you’re familiar with water, earth, fire, and air as the four elements. This popular categorization comes from the ancient Greeks, but the concept of organizing the material world into succinct categories can be found independently in cultures across the world. For example, Chinese tradition includes the energy categories Wood, Fire, Earth, Metal, and Water. Classical Greek thinking even included a fifth category, Void, to describe the element of the stars and the gods. Each of the 12 zodiacs is associated with one of the four popularly accepted material elements, with personality traits that vary depending on the sign’s corresponding element. Earth signs may be “down to earth.” Water signs tend to be more willing to “go with the flow.” Air signs often represent the “winds of change.” Fire signs have “fiery personalities.”

Water and earth are considered “negative” or “yin” elements, meaning that they focus their energy inward, and have a tendency to be more introspective, reflective, and receptive. On the other hand, fire and air are considered “positive” or “yang” elements, meaning that they focus their energy outward, and are more outgoing, dynamic, and forward. These two categories exist in tandem and help to balance each other. It’s sort of like the difference between introverts and extroverts, although whether you are an introvert or an extrovert is not always dependent on your sign.

Finally, the zodiacs are also split into the modes based on where they occur in their respective seasons. At the beginning of the seasons are the cardinal signs, who are the forceful initiators, ready to take charge and become adaptable leaders as the situation calls for it. In the middle of the seasons are the fixed signs, who are willful to the point of stubbornness and serve as stable bedrocks to their communities. Finally, at the end of the seasons, are the mutable signs, who are flexible adaptors well equipped to face oncoming changes. These modes will present differently depending on sign and element, but the basic tendencies are relatively consistent.

Leo is a fire sign, meaning that Leos are warmhearted and in love with life. They have a passion in all pursuits that is characteristic of fire signs. Ancient Greek astrologers may have believed that the stars were so otherworldly they needed to be classified as a fifth element - Void - but they still recognized the connection between fire and the light of the sun and stars. This connection with fire lends Leos to positions of leadership, self-promotion, performance, and courage. Leos are well-suited to serious leadership positions, but still enjoy having a good laugh and making sure everyone is having a good time.

Since fire is a positive element, Leos are also naturally oriented toward engaging with the outside world with assertion and confidence. They are extremely good at making friends, and often have such a large social circle that it can be hard to get a Leo to find time to hang out. This is also because Leos generally have an easy enough time putting themselves first that they will not agree to a social event they don’t actually want to go to. Whether this is self-assured confidence or arrogance depends on your point of view, but either way, Leos are confident in their own self worth.

Despite these tendencies toward wild passion and exuberance, Leos are still a sign with a fixed mode, and reflect those qualities of stability. Leos are excellent leaders partially because they are sustainers, and are usually assured and well-established. Fixed qualities can, however, come back to bite them, as Leos are often steadfast in arguing their opinions and principles even after they no longer believe in what they are arguing; for a Leo, it can just be incredibly difficult to admit that they’re wrong.

Ruled by the Sun

Regal and righteous, Leos have earned their title as leaders.

The rule of the sun also grants Leos with a natural born ability to lead. They are capable of uniting different groups of people, and are ready to blaze a trail and forge the way. They also have a certain amount of regal qualities due to their association with the sun, and are as fit for leadership positions as they are to be performers. Perhaps even leading is a form of performance for a Leo, in their own way.

It feels like something of a play on words to suggest that Leo - which is a direct Latin translation of the word “Lion” - is inherently imbued with strong amounts of pride, but it is true nonetheless. After all, their constellation represents the strength and courage of Hercules himself, one of the greatest mythological heroes to be remembered in modern times. Leo’s constellation depicts the Nemean Lion, a terrifying creature of Nemea that possessed an impenetrable hide and enough intelligence to use kidnapping and terror to solidify its reign over the area. Hercules was only able to best the creature due to clever thinking, fearless tenacity, and some assistance from the gods. This associated with the Nemean Lion leads to Leo’s associations with victory, pride, and courage. Like the Lion, Leos may be fearless and well-nigh impossible to challenge, but like Hercules, they are confident in their abilities and know how to get the job done.

Traits of a Leo

What it means to be the Lion in the Cave

As with all signs, Leos as an entire group cannot be consolidated so easily into a mere handful of traits. But there are common characteristics that tend to be consistent among most, if not all, Leos. For better or worse, Leos have a tendency to be…

Leo’s generous nature is unsurprisingly linked to their connection with the fire element: they are, by nature, warm-hearted. Despite usually having a frankly ridiculous amount of friends, Leo will still make the time to be kind and giving to all of the people they interact with. They extend the confidence and optimism they feel toward themselves to their friends and loved ones, and encourage those around them to love themselves.

The naivete comes into play when it comes to people who would abuse this kind-heartedness. Because Leo is so giving, some people they interact with may choose to take advantage of this kindness, viewing Leos as an easy target. And despite Leo’s apparent confidence, many Leos still have the capacity to be surprisingly vulnerable and insecure, making them all the more likely to fall into this trap.

Nevertheless, the self-confident nature of Leo prevails. They are natural-born leaders, and their dramatic, creative, and dominant personalities make them difficult to resist. Leo believes that “If you know the way, go the way and show the way—you're a leader.” They are in touch with their desires and personality, and do not believe in the false humility that would stop them from recognizing their own strengths and weaknesses and asking for what they need. Your typical Leo isn’t afraid of being center stage, and loves to make an impression.

Of course, this confidence can often come across as arrogance. While their focus on and love of themselves is admirable in moderation, they run the risk of neglecting those around them as they chase their personal goals. Their love of the limelight, if unchecked, can turn into being attention hogs, and making everything about them. This is not to say that the self-confidence Leos have is toxic: far from it. It is merely to warn Leos that they must be careful not to become too wrapped up in themselves, lest hubris be their downfall.

In line with both their fiery personalities and their fixed modes, Leos are also incredibly determined. When a Leo sets their mind to accomplish a task, they will not stop until that task is done, and done right. They have an incredible ability to achieve anything they set out to achieve, in any area of life, because of their amazing commitment and initiative. The courage so prevalent in their mythology means that Leos are not afraid to take the steps they need toward reaching their goals.

Also in line with having a fixed mode, however, is the tendency toward stubbornness. Leos have a tendency to be inflexible, and to have a hard time admitting when they’re wrong. What can be vital resilience can just as easily turn to stubbornness is applied in the wrong situations. That said, Leos often come across as stubborn simply because their willfulness keeps them holding on long after everyone else has let go.

Remember that most negative traits are merely the reverse side of a positive trait. So while Leos may come across as thinking they’re better than everyone else… well, sometimes they really are.