LGBTQ+ Musicians to Add to Your Playlist

7 Queer Artists Your Need To Listen To Pronto 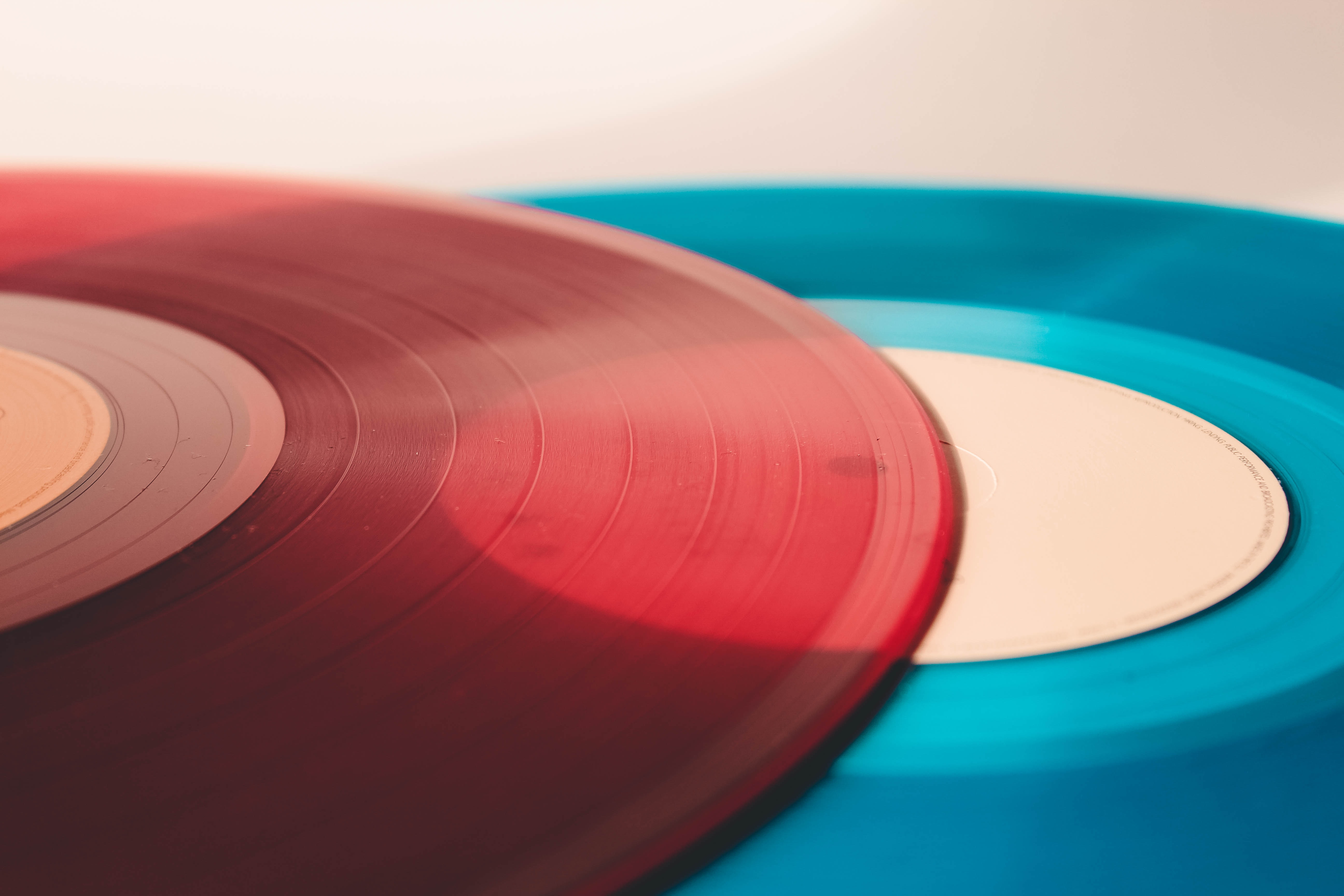 Maybe you’ve binge listened to every song written by Queen, David Bowie, and Elton John and are looking to pull your playlist into the 21st century. Maybe you’re just looking to diversify your Spotify list. Maybe you know the lyrics to every single girl in red song and are itching to find more gay music. Whatever it is, you’ve found your way here to this recommendation list. Don’t worry. You’re in the right place. I’ll be taking you on a tour of some LGBTQ+ artists - in no particular order - and letting you know…

If you’ve been on the lesbian side of TikTok for approximately 2 minutes, you know that girl in red is a queer culture staple right now. If not, hey, welcome to the party! girl in red - Marie Ulven’s stylized lowercase stage name - croons about lesbian love and gen z mental health in a plain and beautiful style that mixes retro rounded edges with unapologetic emotional realism.

Remember that TikTok craze I mentioned a moment ago? “girls” is the most commonly used girl in red song for those videos, and for obvious reasons. The song is a straight forward ode to loving girls when society says you shouldn’t. It’s right there in the chorus: “They’re so pretty, it hurts / it’s not talking ‘bout boys, I’m talking ‘bout girls.”

There is something about an upbeat tempo and energizing instrumental track paired with crushingly real and melancholic lyrics that never ceases to pique my interest. “i’ll die anyway” is an existential crisis you can’t help but bop along to.

The main line of the song says it all: “Girls like girls like boys do.” If you enjoyed Panic! At The Disco’s performance of “Girls/Girls/Boys” but wanted it to be even more personal and raw, then “Girls Like Girls” is the perfect song for you.

“Demons” wastes no time getting right into the groove. Within the first few seconds of the song playing, the beat will have you moving along, even as the lyrics “Please forgive me, I've got demons in my head” play against an upbeat background that juxtaposes them beautifully. This song is simultaneously a fun time and an utterly relatable mental-state mood.

It is by no means hyperbole to say that Dodie Clark sings poetry. Her lyrics are packed with symbolism and intent, and if that isn’t enough to spark your interest, it’s worth noting that she sings with the voice of a soprano angel. Picture Joni Mitchell vocals paired with folksy acoustic music and you’re starting to get an idea of the beauty that is Dodie and her music.

“She” is the tale of a girl with a schoolgirl crush that will never be requited, but still carries with it the soft, wide-eyed gentleness of young love. Right from the start, Dodie captures the experience perfectly as she sings, “Am I allowed to look at her like that? / Could it be wrong, when she’s just so nice to look at?”

I hesitate to spend too much time quoting lyrics, but “Secret for the Mad” is yet another song that announces its intentions perfectly right out of the gate: “I’ve got a secret for the mad / in a little bit of time it won’t hurt so bad.” This song is a gentle caress in the midst of a mental breakdown. If a song could have a shoulder to cry on, this one would.

Great Big World is best known for their 2014 collaboration with Christina Aguilera “Say Something.” Even though the rest of their songs haven’t reached nearly the same level of fame, the duo’s discography is jam packed with a blend of bops and ballads that span the spectrum of human emotion. Ian Axel and Chad King are truly wonderful artists.

While I was tempted to suggest the song “Hold Each Other” - which effectively became Chad King’s coming out song - the fact that they have a song quite literally called “Everyone is Gay” was too perfect an opportunity to pass up. The title says it all. Human sexuality is vast and fluid, and this song has plenty of fun with that fact.

If there is a more universal human mental experience than the urge to dream, I have yet to find it. “Rockstar” is a song for all of us who have had goals that have never come to fruition, dreams we left behind, and plans we know we will one day achieve. For anyone who has ever looked up at the stars and known the future is full of infinite possibility, you will recognize yourself in this song.

Noelle Micarelli is a relatively new, up-and-coming queer musician who with little more than a dulcimer, dulcet tones, and a dabbling in music production brings forth a unique and beautiful folk music sound. Although primarily employed in the field of editing and publishing literature, Noelle’s music is by no means something to be overlooked.

“Going Home” is a bittersweet song about love and loss, marked by Noelle’s signature poetic lyrical twist. Lines like “I’d have left a note, but your bed’s emptier than mine / and this whole city feels too quiet like a house after a crime” evoke the tender and deeply real feelings that live in the landscapes within the song.

I downloaded this song shortly after it came out, and haven’t gone a month without listening to it several times since. The way the lyrics - complicated in the way the name suggests - wrap around an unfolding story and a gently lilting instrumental track is likely the reason that you can listen to “Complicated Spoon” five times in a row without growing tired of it.

There is something about Cavetown’s music that gives the listener an immediate feeling of familiarity - less in a “been there, done that” way, and more in the sense that the sound washes over you and just feels right. Robin Daniel Skinner writes lyrics that are true and personal, without compromising to achieve a more mainstream sound. Self-described as somewhere on the ace and aro spectrum, Cavetown’s music examines themes like love - whether that be familial, platonic, or romantic - in a fresh and honest light.

“Boys Will Be Bugs” examines the singer’s relationship with the expected aspects of masculinity and with the other young teenagers around him. Like many of Cavetown’s songs, the true message is presented within an elaborate metaphor that appears at first glance to be a pleasant song about childhood concepts, and ultimately reveals itself to be an examination of much deeper concepts.

Continuing the metaphor theme, I present to you: “Lemon Boy.” This song personifies Cavetown’s insecurities within a character, the titular Lemon Boy, and explores the way his anxieties and perceived shortcomings affect him and those around him. Also? It’s insanely catchy.

Angel Haze is an agender rapper with an incredible voice and no hesitation to make a point. She (yes, she - although agender, she reports preferring she/her or he/him pronouns) sings and raps about her personal experiences and about the injustices of the world around her with an unapologetic power that is a thing of beauty to behold.

Although Angel Haze’s style is usually angrier and more focused on righteous defiance, “Candlxs” shows a softer side as she focuses on how much she loves her girlfriend, Ireland Baldwin. “I think I'm obsessed with you” sings Angel, and in the background of the song, her girlfriend sings “I just want you.” “Candlxs” is a treatise of love.

Angel Haze is Native American Cherokee on her mother’s side and is strongly connected with her heritage. “A Tribe Called Red” is a perfect example of Haze’s spitfire rapping, poignant lyrics, and tailored instrumentals, and talks about how she refuses to be pinned down into the labels that have been laid out for her.

This is only a small sampling of an enormous pool of incredible queer artists. But comprehensive or not, this list is a surefire way to add a little rainbow to your regular listening. Enjoy!