Is Vaping a Danger to Your Fertility?

Vaping is more popular than ever, but that doesn’t make it safe. 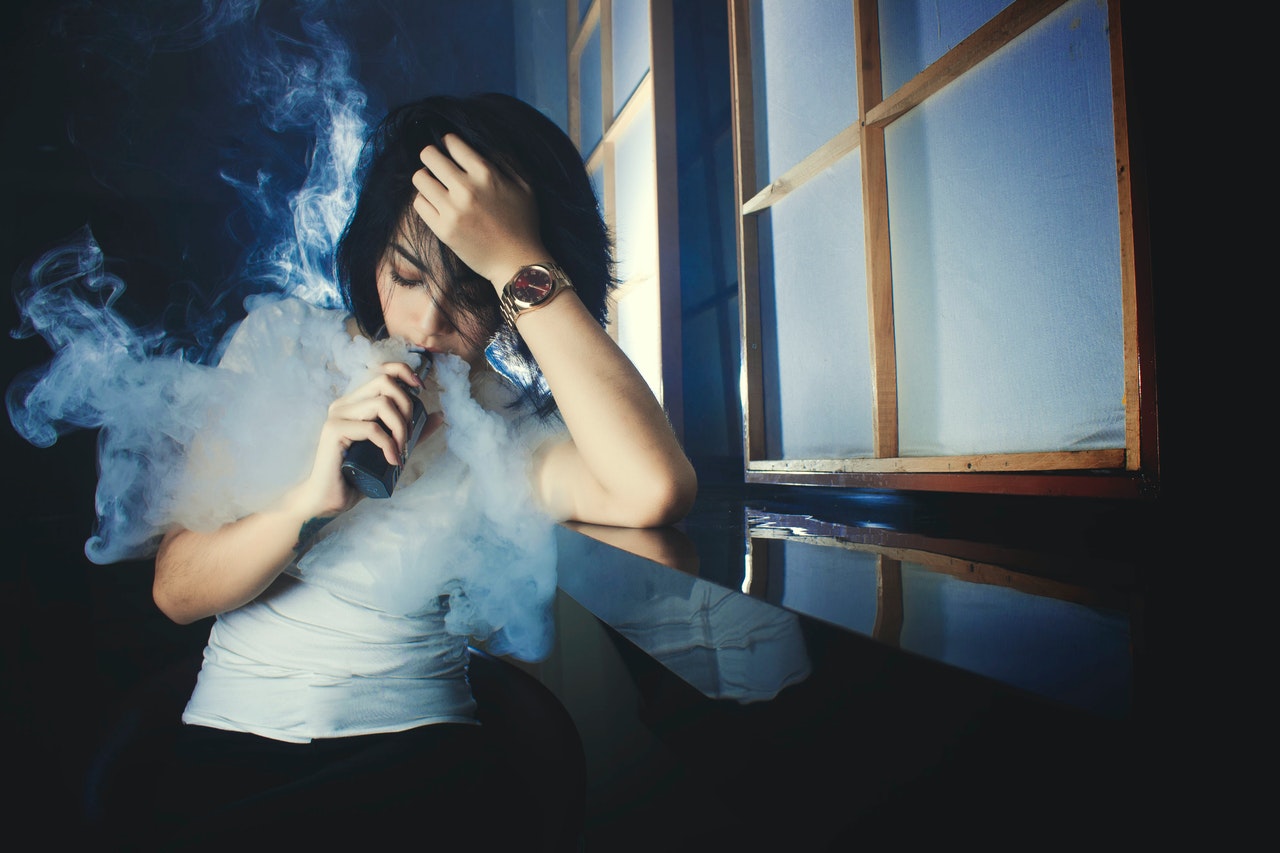 For years, smoking while pregnant or while trying to become pregnant has been a big no-no, and rightfully so. Even for people who are not pregnant, smoking has serious and sometimes life-threatening consequences. Nicotine, carbon monoxide, and cyanide (chemicals present in cigarettes) lower the quality of eggs, make eggs disappear faster, and impede the function of your ovaries. Smoking is also pointed to as a cause for failure to conceive, miscarriages, ectopic pregnancy, and premature menopause. Not to mention lung disease, gum disease, cardiovascular disease, and more.

When vaping came on the scene, it was marketed as a safe alternative to smoking. However, as more research comes to light, it’s become clear that couldn’t be further from the truth, especially when it comes to your fertility.

Essential to the vape experience is the vape cartridge/pod. These disposable elements are filled with the liquid that makes the large puff of smoke that is so synonymous with vaping. Typically, vape fluids contain nicotine, flavorings, and an assortment of chemicals.

A standard vape works like: the vape has a power source such as a rechargeable battery. When you turn on the vape, it activates a heating element within the device. The heating element then warms up the pod/cartridge, turning the fluid into a vapor. The user then inhales through the mouth piece, bringing the vapor into the lungs, then exhales out the mouth and/or nose.

Is vaping safer than smoking?

When vaping began to rise in popularity, there was a common belief that vaping was safer than smoking traditional cigarettes. Because vaping is still a new phenomenon, we have little data on its long term effects compared to tobacco cigarettes. But, we are seeing that vaping is just as dangerous.

The CDC has confirmed 60 deaths related to vaping and e-cigarette usage. There is also a rise in patients suffering from EVALI (E-cigarette Vaping-Associated Lung Injury). The CDC attributes many instances of EVALI to the presence of vitamin E acetate within vape fluids. Vitamin E acetate is a synthesized form of vitamin E used as a thickener in some vaping fluids. While vitamin E acetate is safe for topical as well as ingestible usage, it is a dangerous inhalant that can inhibit your lungs. Propylene glycol and vegetable glycerin, two basic components of most vape fluids, have also been linked to a variety of health problems.

Most vape fluids also contain nicotine. Nicotine is highly addictive and raises your blood pressure, leading to a higher likelihood of heart attack along with other cardiovascular problems.

Finally, vape brands aren’t subject to the same strict federal regulations as combustible cigarettes. So, not every chemical used in producing vape fluids requires listing as an ingredient, leaving the consumer unaware of all possible side effects.

How does vaping affect women’s fertility?

A study by the University of North Carolina at Chapel Hill in 2019 renewed the interest and fear in how vaping can affect a woman’s fertility.

They discovered that using a vape before conception can impact the attachment of an embryo to the uterine lining, sometimes resulting in a failure to conceive. The study also revealed that when pregnant women vape, their resulting female infants have a higher chance of metabolic, developmental, and general health issues. All sexes of infants went on to have a lower body weight than average.

Other studies have found that vape liquids contain cytotoxic chemicals. In layman's terms, these chemicals (such as formaldehyde, nickel, and lead) are toxic to living cells, meaning it can impair the development of a fetus.

Dr. Kathleen Caron of the University of North Carolina at Chapel Hill said in regards to her study, "These findings are important because they change our views on the perceived safety of e-cigarettes as alternatives to traditional cigarettes before and during pregnancy." Dr. Caron echoes the thoughts of many experts, all devoted to the health of mother and baby.

Whether you use vapes or traditional cigarettes, it is essential to quit smoking ASAP to protect your fertility, general health, and your future. That being said, quitting is no walk in the park. Addiction is a serious illness with no go-to solution. When deciding to quit smoking or vaping, it’s a good idea to consult your PCP and create a game plan.

Until then, here are some tips to help you get started:

While the full breadth of health repercussions resulting from vaping remain unclear, we know it is not a safe alternative to traditional smoking. We also know that, just like smoking, pregnant women, or those looking to become pregnant, should refrain from vaping.

By saying no to vaping in the present and future, we are protecting our fertility while also safeguarding our health for the long haul.