Introducing Eduardo: The Latest Addition to the Baldwin Family

Some Happy News for Hilaria, Alec, and the rest of the clan! 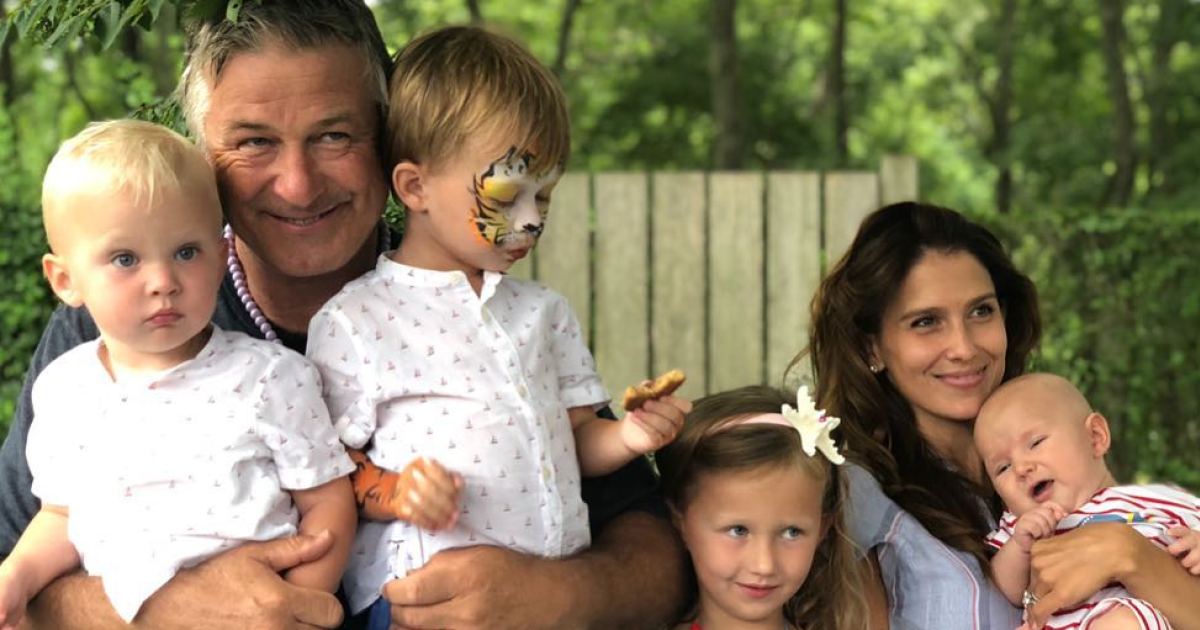 Some say three’s a crowd, so what does that make five? For Alec and Hilaria Baldwin, it’s a lot of love. In wake of the recent birth of Eduardo, their fifth child, the seasoned parents can’t contain their excitement.

On September 8th, 2020, Alec and Hilaria welcomed a new child together. In a post on Instagram, the 36-year-old mama gushes.

‘We would love to introduce you to Eduardo Pau Lucas Baldwin. Born September 8, 2020, at 7:46 pm, he weighed 7lbs and 8 oz. His name means “wealthy guardian of peace and light”. We love you baby Edu.’

Before Eduardo, the couple already had a school of children. They’re proud parents of two-year-old Romeo, three-year-old Leonardo, five-year-old Rafael, seven-year-old Carmen, and from Alec’s previous marriage, twenty-four-year-old Ireland. But still, there has been even more talk of expanding their brood.

In a conversation with Entertainment Tonight, Alec says--

“If you have kids, and you’re like us, sometimes you feel like you can’t stop having kids. Every time we have them, we’re like, ‘This is great! Let’s have more.’”

What makes Eduardo’s arrival particularly special is what it took to get to his birth.

Before falling pregnant with Eduardo (Edu, as she likes to call him), Hilaria suffered two miscarriages within a few months of each other. One of them was four months into her term.

Going public with her experience, she posted--

“We are very sad to share that today we learned that our baby passed away at four months. We also want you to know that even though we are not ok right now, we will be,” She continues “I’m really devastated right now...I was not expecting this when I went to my scan today.”

When reflecting on her experience, she made it clear that she had no shame. By doing this, Hilaria sheds light on a topic that many struggle to talk about. Miscarriage is shattering to go through no matter how early or late in pregnancy, it takes place. Because of that, it’s become somewhat of a taboo. Still, it’s more common than one would think. Many women keep their pregnancies to themselves during the first trimester because that’s when they’re most vulnerable to suffering pregnancy loss.

Hilaria and Alec didn’t allow physical and emotional hardship to stop them from growing their family. Like Hilaria said, they would try to give their daughter, Carmen a little sister soon enough. And while Carmen didn’t get a new sister, she certainly gained a new future playmate.

So when the couple got word of their newest bun in the oven after trying for months, they were understandably elated.

In a video of Hilaria sporting a bare belly, listening to a heartbeat, she captions--

“Sound up...I’ll let the baby do the talking because I don’t have the words to express how this sound makes us feel. Just got the great news that all is well and all is healthy with this little munchkin. I wanted to share this with you. Here we go again.”

As for the family, little Eduardo has been born into, it’s dynamic, to say the least.

With three toddlers and one young child under one roof, things are bound to get a little crazy. But according to Hilaria, it’s chaotic in the best way--especially nowadays.

One of the benefits of having a house full of crazy kids is that no one gets bored. When things get tough the children not only have their parents to lean on but four brothers and sisters too.

The family is regularly caught in shenanigans, whether it be dressing up in themed Halloween costumes or lying in bed with Alec and Hilaria.

How do we know?

Both parents’ Instagrams are dedicated to the cuteness.

Alec and Hilaria love the kid life so much, they couldn’t stop at just one. In fact, they don’t have an end in sight! Though they began to have trouble with number five, they eventually got what their baby. We couldn’t be happier for them. Congratulations to the Baldwins and welcome to the world, Eduardo!