How You (Yes, You) Can Promote a Band Online

Tips and tricks to help you promote your band online. 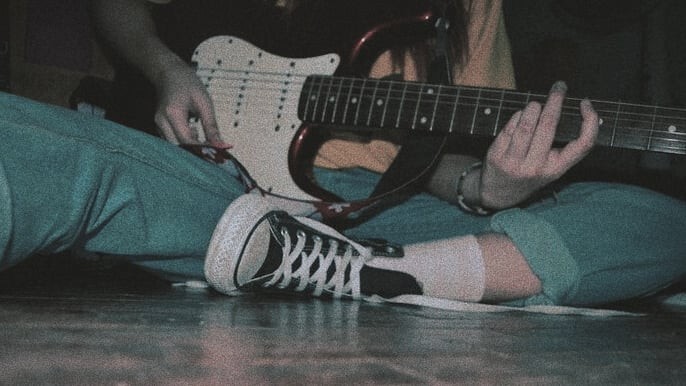 Let’s say you’ve recently started a band, have some songs recorded, even released a few, but are having trouble generating purchases and streams of your music. Now what?! Well, one of the most important steps in increasing purchases, streams, and notability of both your music and band is through promotional tactics.

Online promotion, specifically, is a great way to increase your recognition as a band. Because nearly everyone uses the internet nowadays, along with the fact that there are countless different ways to advertise online, online platforms have quickly skyrocketed to the number one way to promote oneself.

The accessible ways to do so if through social media such as:

Additionally, social media platforms, such as the ones above, are a very useful tool in establishing your brand. In other words, not only do they gain you notability, they also allow you to construct an image surrounding yourselves.

To learn more about promoting your band online, read on.

Reasons to Promote Your Band Online

There are several benefits to promoting your band online, however some of the largest of these include exposure, ease of promotion, and the identification of target audience.

One of the most important reasons to promote your band online is the exposure it gives you. WIth the internet, you have the ability to promote your band to millions of people. Several artists have taken advantage of this fact, especially on the online platform Tik Tok.

For instance, in recent years we have seen a rise in artists whose songs originally blew up on Tik Tok as part of a trend on the app. A good example of this would be Olivia Rodrigo with her hit single “Driver’s License.”

Advertising on the internet is one of the easiest ways to promote your band. Oftentimes all you need are accounts on relevant social media apps and time to post on these accounts. Promoting your band online is relatively inexpensive due to the fact that a large part of the things you can do are free.

Promoting your band online, through paid advertisements or business accounts on social media, is a simple way to identify your target audience. You are able to track down where the most interaction is coming from, who saves your posts, analytics regarding this data, etc.

This information can assist you in continuing to improve your promotional strategy moving forward.

How to Promote Your Band Online

Now that we’ve gone through why it is important to promote your band online, let’s look at how you should go about doing this.

When promoting your band online, one of the biggest tools you have is social media. It is relatively easy to use, inexpensive, and has millions of users on its various platforms.

If you decide to use social media to promote your band, it is important to focus your efforts on a couple different social media platforms rather than signing up for every single platform out there. In this case, quality is greater than quantity.

Across all social media platforms, some things you can do to promote your band include:

Let’s discuss two of the best social media platforms you can use to promote your band online.

One of the most popular social media platforms is Instagram. For bands, Instagram can become an extremely useful tool in promotion. There are several tools on Instagram you can use to grow your notability.

For instance, hashtags on Instagram are a great tool in reaching a wider audience. To utilize this tactic, you must hashtag posts you create using relevant keywords. Then, when people search up these hashtags, they have the chance of seeing your posts, and either liking the post or following your account. Both these actions increase engagement.

Tik Tok is another good tool in promoting your band online. Although Tik Tok has only become really popular in the last couple of years, it has quickly taken its place as the most popular social media app. Because of this, it is one of the most effective social media apps in terms of promotional value.

Tik Tok has helped many artists get their songs out there. One of the greatest reasons for this being its trends featuring small snippets of songs. On Tik Tok, there are often dances and video concepts that trend to a specific song. Snippets of these songs are used to create sounds on Tik Tok, and this is how several people record their own versions of the trend.

Artists can even try their hand at creating their own trend using their song on Tik Tok. In fact, many artists nowadays use this as a marketing tactic. They specifically make a snippet of their song very catchy, in order to increase its chance of succeeding in a Tik Tok trend.

In addition to this trend feature, Tik Tok, like Instagram, also uses hashtags to allow users to search for specific content. Your band can utilize this feature just how it would on Instagram. However, it may be even better to use this feature on Tik Tok, simply due to the fact that people are more likely to go to Tik Tok in search of music.

Music streaming services, such as Spotify and Apple Music, are also very helpful in promoting your band online. These streaming services feature a variety of user-made playlists, which can be a great way for new people to find your music.

Because of this, it is important to upload your music to these streaming platforms. That way, if someone finds your song on Spotify or Apple Music, and they like it, they have the chance of adding it to their playlist. If their playlist is public, which many peoples’ are, another user is likely to listen to the playlist and hear your song.

If they like your song, they may go a step further and check out your artist profile to view your other music. Eventually, this may lead to them becoming a fan of your band. And, if this continues to happen, you can gain a great deal of fans simply from this approach.

Another way to utilize music streaming platforms as promotional tools is to create your own public playlists featuring your own songs. The best way to do so would be to construct a playlist for a certain mood, situation, etc. In order to attract your target audience you should choose some songs by artists that make similar music as your band.

Along with these other artists’ songs, you should also include a few of your songs. After that, all that’s left is naming the playlist. It is best to choose a name for your playlist that is likely to be searched in order to generate engagement.

Another great way to promote your band online is through creating a website for your band. Doing so allows you to have a central location for all information your fans may need or want to know. For example, you can include upcoming performances, merch, release dates, and more on your website.

When you first start your journey as a band, you may be too overwhelmed to know where to begin regarding promotion. However, not only is online promotion affordable, it is also rather simple to understand with a little bit of research.

After reading this article, you should be ready to try some online promotion for yourself! Remember every musician started in the same exact place. Just take it one step at a time. Make sure to practice engagement with your followers, release new music, and be prepared to see your efforts begin to pay off.