How much of a difference does an electric car make?

Are electric cars really so great for the environment or are they overhyped? 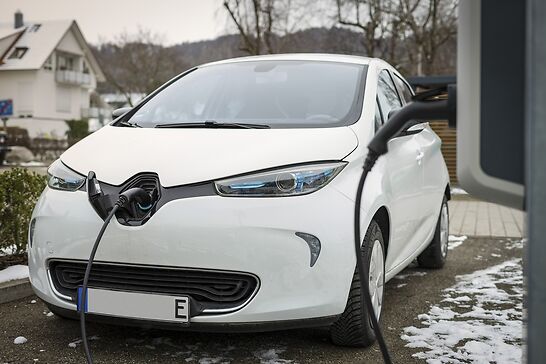 Electric cars have become a regular part of life for some people, but still are not as popular as they could be. Most people are very reluctant to make the switch. For many of them, electric cars are not even on their radar. Electric car owners happen to be around 2% of the automotive market. They are still a niche market despite having been around since the early 2000s. The few people who purchase these cars are extremely environmentally conscious. They are willing to go against the grain to benefit the environment, even if it could end up being the tougher choice. There are less accommodations that exist for electric cars because of the far lower rate of ownership. People who choose these cars are willing to do whatever they can to make sure they aren’t contributing to the destruction of the environment. It is a choice that depends on a person’s deeply held values.

For electric car owners, a bit of inconvenience is worth it if they are causing less stress to the environment. For people who have not made the switch, there hasn’t seemed to be a compelling enough case to drive them to do it. A small percentage of drivers see the worth of electric cars, but are those drivers accurate? There may be very good reasons why most people stick with their gas cars, or they may just not be very well informed. If you are thinking of making the change, knowing how worthwhile it is will definitely help your choice. As time goes on, more and more countries pledge to push the use of electric vehicles. This is a goal that should take a good number of years to fully implement, but we are making decent progress. Some have even pledged to halt the creation of gas vehicles within the next few decades. The world could be on its way to widespread electric vehicle use. Is it worth it?

What is an electric car?

An electric car is made to help keep the environment clean.

An electric car is known for using fuel in a cost efficient way. It is built to have an electric engine rather than an internal combustion engine. The engine lasts longer than that of the average gas car which needs to be refilled quite frequently. There is an auxiliary battery that’s meant to keep the car running. It has a large charging pack so it can be plugged in and charged using wall outlets or charging equipment. It does not contain a fuel pump, fuel tank, or a fuel line. It does not emit any exhaust from a tailpipe, so it does not pump a lot of fuel into the air. Because there are not too many public charging stations available for cars that need electric ports, drivers must charge their vehicles at home rather than while they are out.

There are light and heavy duty electric cars available. You can find fully electric vehicles and hybrid ones. In a hybrid car, there exists a smaller combustion engine because of the help it gets from the electric motor. Some level of functionality is sacrificed in the making of these cars. They generally have a shorter range than cars that function on gas. These cars use a process of “regenerative braking.” Braking in most cars uses a lot of energy. Regenerative braking recaptures a car’s kinetic energy and turns it into electricity that can be used to recharge the car’s battery.

Road conditions can affect the way these electric cars drive much more than the average car. They are much better used on city roads than on the highway. Driving at high speeds will reduce the vehicle range. The same thing happens when an electric car carries heavy loads or when going up a steep incline. The great thing is that there are better, more advanced electric cars being produced these days. Electric cars could one day function much like the average car.

What is the difference between an electric car and a typical car?

There are some major differences that you are sure to notice.

There are a few major differences between an electric car and a gas car. The fuel each car is made to operate on influences what that car is capable of accomplishing. Gas-run vehicles tend to have more power than electric ones. They can more easily accelerate and go up steep roads without being hindered by their fuel system. Gas vehicles also cost on average about $19,000 less than electric ones. The average cost of a gas car is $35,000 and the average for an electric one is $55,000. Electric cars are somewhat classified as a luxury vehicle. Because they are uncommon and specially made, they usually cost a lot more. Though there could manage to be more savings over time. The battery of an electric car happens to be similar to a smartphone or laptop battery, and needs to be replaced every few years. How often it needs replaced is what determines how much money you’ll end up saving over the years.

With an electric vehicle, you don’t need to pay as much for gas like you do with a gas-powered one. It is estimated that an electric car owner will pay about $14,000 less than a gas car owner on fuel over a 15 year period. But the cost to charge your electric car depends on where you choose to do it. It is much cheaper to charge in your garage rather than to use a charging port. And while you don’t have to spend nearly as much money to recharge, there are less accommodations made available for you. Since not many people own electric cars, public charging ports are sparse. Insurance is also more expensive simply because electric cars are more expensive. The biggest benefit of an electric car is the environmental impact. The typical car emits around 4.6 metric tons of carbon dioxide per year. Aside from carbon dioxide, gas cars also release methane and nitrous oxide into the air. That doesn’t happen with electric cars. It is very environmentally friendly when on the road. And while a gas car uses fuel from a nonrenewable resource, electric energy comes from a variety of renewable resources. It can come from solar power, wind power, or hydropower. Electric cars do not contribute to greenhouse emissions and global warming the same way that gas-powered cars do.

Is Making the Switch Worth it?

Do you prioritize convenience or caring for the environment?

If you are comfortable with facing higher initial costs and having access to less public fuel stations, an electric car is likely a good choice for you. If those things sound unmanageable to you, you can compromise with a hybrid vehicle. That way you can benefit the environment somewhat and cause minimal harm compared to what you would have with a gas car. But these issues with electric cars will not last forever. As countries push to encourage their use, their styles and functionality are consistently being improved upon. There will eventually be a greater supply of these cars, which will lower their price, and there will be more charging ports available for them. One day, owning an electric car may be just as convenient as owning a gas-fueled one, but for now you have to decide if the benefits outweigh the downsides for you.

Electric cars make a significant difference for our environment and for our lifestyles. The environment will be sure to benefit in the long run from their use, which is the biggest benefit. The inconveniences that come from electric car use may very well be worth overlooking!