Granger and Amber Smith Are Expecting After Family Tragedies

Two years after the death of their son, and months after miscarriage, Granger and Amber Smith are expecting a child. 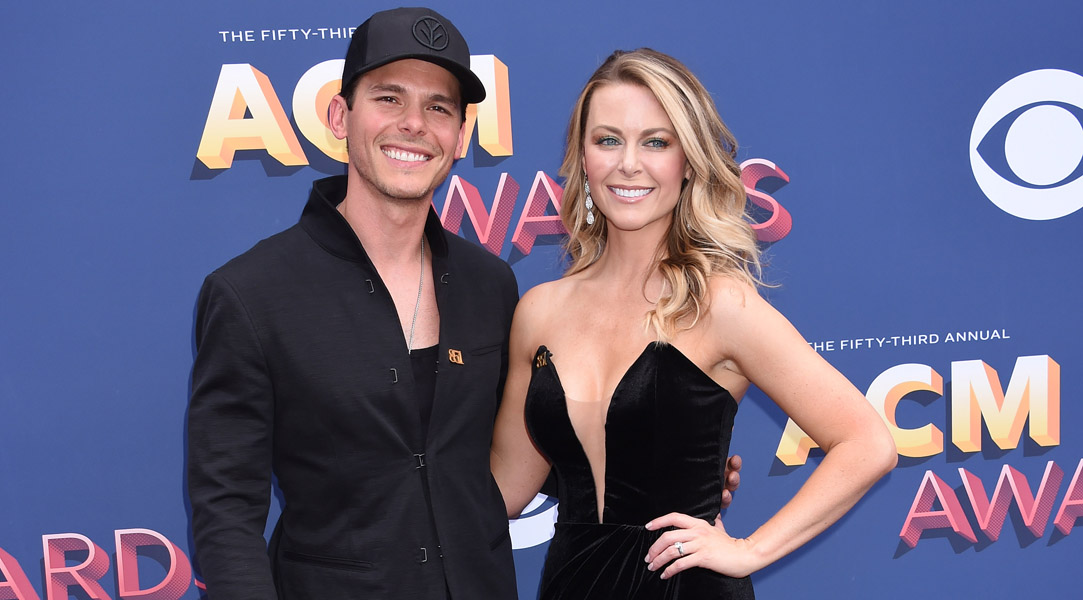 Country singer Granger Smith, and actress Amber Smith are currently expecting a baby. This exciting news for the couple and their family is all the more meaningful when considering their family history. In 2019, the couple tragically lost their three year old son, River Kelly Smith, in a horrific drowning accident. After that loss, they experienced additional tragedy when Amber had a miscarriage after becoming pregnant through IVF. Clearly, the couple has been through a lot, but with a baby on the way, they are looking forward to the future.

Granger and Amber Smith are both Texas raised. They coincidentally met on the set of one of Granger’s music videos, for the song “Don’t Listen to the Radio.” Granger has spoken on how he feels that his initial meeting of his future wife was a little bit “creepy.” He feels that way because they met through a Craigslist ad that Granger posted in search for a female lead for his video. Granger picked a lead from the Craigslist responses and subsequent auditions, but he ended up abandoning his lead for Amber after fatefully connecting with her on Facebook through their “someone you might know” algorithm. He offered her the role, and as is evident from the video, she took it.

The couple hit it off and got married in 2010. They had their first child, daughter London in 2011. London is currently nine years old. Their son Lincoln followed in 2014. Lincoln is currently seven. In 2016, they had River, a second son.

After River was born, the Smiths were certain that he would be their last. They were so certain, in fact, that Amber got her tubes tied in an irreversible operation. In 2019, River tragically died in an accidental drowning. The family, especially Granger and Amber, made many statements about their grief, shock, and guilt over the horrific incident. They have spoken out since then about the importance of water safety, and they bring awareness to how quick and quiet these accidents can be. After losing and grieving River, Granger felt that he still had a considerable amount of love to give as a father, and he and Amber decided to pursue IVF treatment as a way around Amber’s irreversible operation.

The couple underwent IVF treatment, and produced two viable embryos. The first one was implanted successfully and Amber became pregnant. Tragedy struck again when she miscarried. Amber described the deep emotional and physical pain of experiencing a miscarriage. In an interview with PEOPLE magazine, Amber spoke about her experience.

"I have had friends who have gone through miscarriages and it's one of those things that until you go through it, you have no idea ... what that pain is, not only emotionally but physically," she says. "I had no idea of the pain you go through for hours."

"And sometimes it takes days or weeks," Amber continues. "I just have a whole new respect and compassion for women who experience this. And it's so much more common than we know of."

The Smith’s have clearly been through a lot, especially in relation to their children and conception attempts, but things are looking up. They are currently expecting a new addition to their family that will be joining them this summer.

After losing the first of their two viable embryos produced through IVF, the Smiths were left with a harrowing reality. They had one more try, realistically, to conceive. Fortunately, the embryo was able to be implanted successfully and is currently doing very well and expected to join the Smith family this summer.

Granger and Amber waited to share the news of their successful pregnancy with their children until the second trimester, after experiencing Amber’s miscarriage in the first trimester of that pregnancy. They also waited to inform Lincoln and London of their loss until they could also tell them about the happy news. Both kids are beyond excited for the arrival of their baby brother, but Lincoln is especially so. According to Amber, Lincoln kisses her belly every morning, and always says goodbye to it before going to school.

The new baby boy will be born a little more than two years after the Smith’s tragic loss of River. They are aware of the timing and circumstance and they want to make sure people know that this new baby is by no means a “replacement” for River. Both Granger and Amber have said that River is constantly on their minds, in their conversations, and behind their laughter, and they do not anticipate this changing. They are, however, viewing this new baby as the beginning of a much needed new chapter for the family, hopefully one characterized by joy and love, rather than tragedy and grief.

The Smiths are very aware of the fact that this new baby is joining their family because of the life and death of River, who they had planned as being their last child. This sentiment is a bit difficult to grapple with for them, because it does seem a bit unnatural at first glance. However, it’s actually quite beautiful. The Smiths are taking the abundant love they had and continue to have for River, and creating a whole new person out of it, not to replace their lost son, but to add to their family. River will always be a part of the Smith family as much as this new baby will be. Congratulations and good luck to the family!