Recently, a study discovered that delivering protein to the testes could be a treatment that presents a solution male infertility in the future. 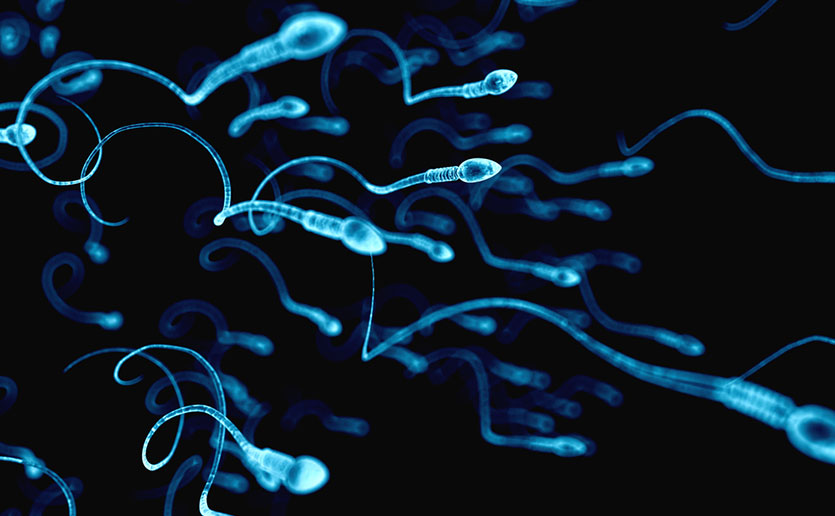 Many couples struggle with infertility, and contrary to popular belief men are the cause of this just as often as women are— each contributing at least half of the time.

For example, a study completed recently found that delivering protein to a man’s testicles may help to treat infertility. Researchers feel that this newly discovered method is very promising for the future.

Male infertility may be the result of many things, including low sperm count, abnormal sperm production, and blockages that prevent sperm from reaching an egg.

Other circumstances like illness and other health problems, injuries, and even an unhealthy lifestyle may also be contributing factors. For example, recurring respiratory infections may actually be a reason for male infertility.

There may not be any actual symptoms to male infertility—not those that you can see, anyways, apart from an inability to conceive. However, in some cases infertility may come with actual physical symptoms, so they’re important to look out for all the same.

Problems with sexual function— such as with erection or ejaculation, or even a decreased sex drive — may be a sign to see a doctor. You should also be encouraged to see a medical professional if you’re experiencing any pain or swelling of the testicles.

These could be a result of infertility, but they could also be indicative of something else being wrong, and so it’s better to be safe by speaking to your doctor.

You should also see a doctor in regards to your fertility concerns if you’ve had a history of sex-related problems, or had a past surgery for any part of your genitalia.

Decreased bodily or facial hair may also clue you in to infertility, as it can be the result of a hormonal abnormality, which may be the cause of infertility problems.

Fortunately, however, there are treatments available to you to try and help with male infertility.

In order to pursue these options you’ll of course have to be diagnosed, which can involve physical examination, answering questions related to your medical history, and submitting a sample of your semen for analysis.

Not only can doing these things help you get a diagnosis of male infertility, but doctors will often be able to pinpoint a more specific cause for it, whatever it may be for you.

Sometimes doctors may need more specific tests, such as ultrasounds, hormone and genetic testing, urine analysis post-ejaculation, as well as testing samples from your testicles or semen to determine the survival of your sperm.

After this testing process, however, your doctor will be informed enough to discuss what treatment options might be best for you. Occasionally, treatment won’t present a solution and your doctor may recommend the use of a sperm donor, but more frequently another option may pose a solution.

Surgery may be able to remove blockages to sperm travel, and vasectomies of course can be surgically reversed fairly easily. There are also medications available to you that may help with infection or problems related to your sexual desires, though these of course don’t guarantee success with fertility.

There are also medications available for your hormones, since infertility could potentially be the result of hormonal levels that are either too low or too high.

Lastly, there’s always Assisted Reproductive Technology, or ART, which helps couples to conceive by inserting the sperm— collected either from normal ejaculation, surgically, or from a sperm donor —into the female genitals via in vitro fertilization (IVF) or some other similar method.

While there are several methods of remedying male infertility already, a recent study discovered that delivering protein to the testicles may be very promising as a solution in the future.

As established, male infertility can be a result of a limited sperm count, which can in turn be the result of men lacking a protein known as PIN1. This protein is vital to the function of the BTB, or blood-testis barrier, which serves to protect reproductive cells from harmful substances.

Mice that are genetically engineered to be without PIN1 are infertile. Scientists have considered gene therapy as a method to rectify the levels of PIN1 in the testicles, but making genetic changes to humans can be risky, particularly when it comes to reproductive cells— it’s very possible these changes would be passed down.

So, instead of modifying the genes, scientists have been looking for a way to deliver proteins directly to the testes, and it seems that they may have finally found it.

Researchers from the American Chemical Society have created a delivery system named Fibroplex, made of lipid-coated spherical nanoparticles made of silk fibroin. These Fibroplex particles were filled with the PIN1 protein and injected it into young mice.

The scientists didn’t observe any signs of testicular damage to the mice, on the contrary the delivery system raised the PIN1 levels of the mice to a level that was just under the normal amount. The testes of these mice were of normal size, and contained about half of the sperm count that un-engineered mice had.

5 months after the treatment PIN1 levels decreased again as the originally injected protein degraded and the mice could not produce more on their own, but until then these mice were able to father around the same number of offspring as regular mice.

This successful delivery of the PIN1 protein mice makes scientists very hopeful about what protein delivery could mean for treating human male infertility in the future.