Freddie and Chelsea Freeman: Their Story

Freddie Freemen of the MLB and his wife Chelsea open up about the challenges they’ve faced during their fertility journey, and where they are now. 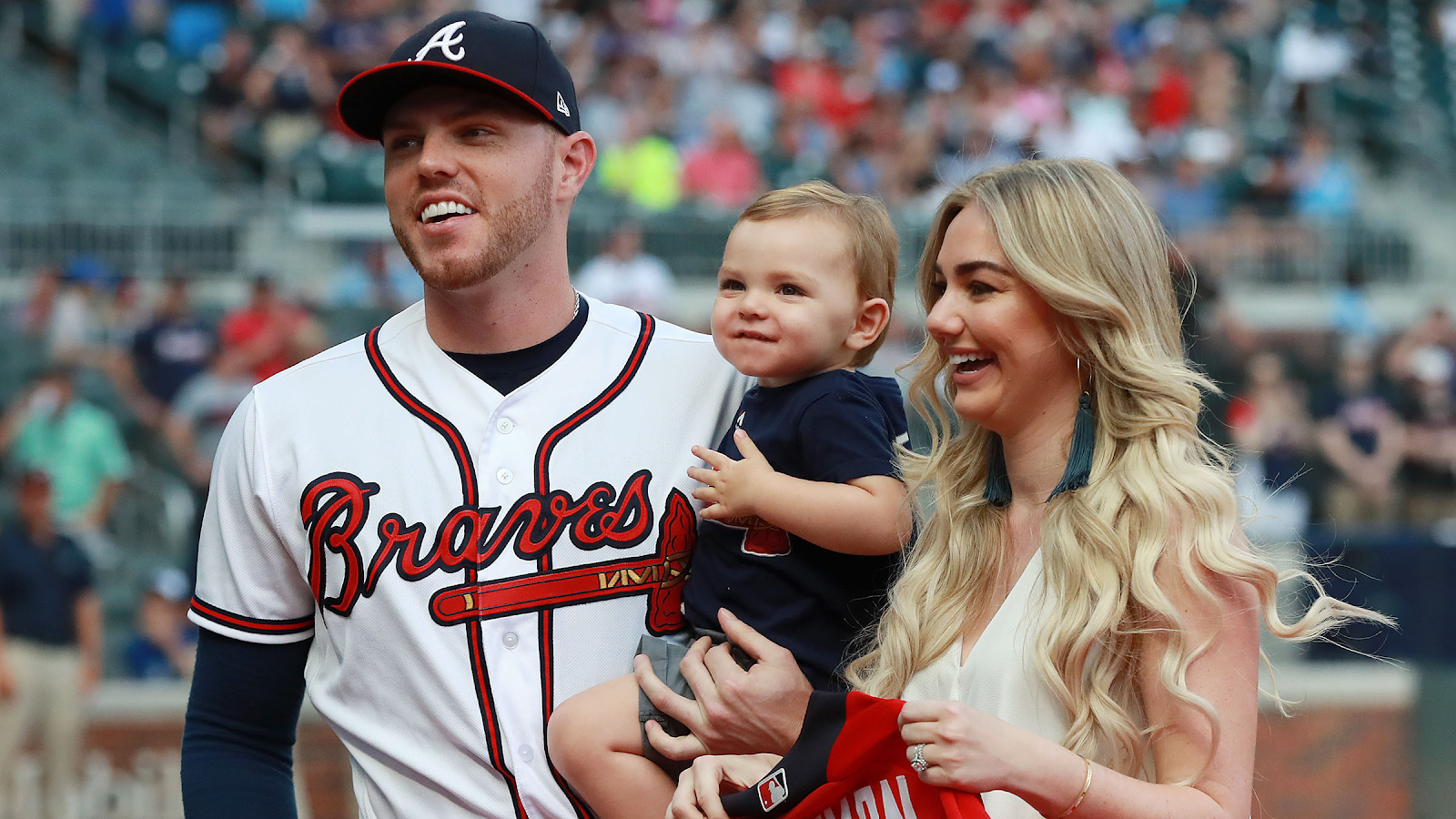 Infertility is something that many couples struggle with, and a lot of celebrities have faced challenges while trying to have children too.

It can be incredibly emotionally, mentally, and even physically taxing to go through the necessary tests and processes in order to look into what’s causing the problem and what solutions are the best option for each individual couple, but that’s not to say that there aren’t solutions!

Freddie Freeman of the Atlanta Braves and his wife Chelsea are one such couple, but thankfully their story of struggles with infertility has a happy— if surprising —ending! In fact, their fertility journey has resulted in the Freemans being even closer and happier than before.

Freddie Freeman had an incredibly successful run in 2020 with the Atlanta Braves, voted NL MVP by 28 of the 30 members of the Baseball Writers’ Association of America.

This will be the last year of his $135 million, 8 year contract, and he hopes to be as successful as he was last year. However, he’s started his season a bit later this year so he can spend some quality time with his family.

Freddie and Chelsea Freeman were married in 2014, and in 2016 they had their first son, nicknamed Charlie after being named after Freddie himself. Now 4 years old, Charlie has two younger siblings, and the Freemans intend to keep growing their family as a big family has always been their wish.

You must be thinking that the Freemans must have had twins for little Charlie to gain two baby brothers, but in fact it’s a bit more complicated than that. The children— Brandon and Maximus Turner Freeman —were born six weeks apart, one to Chelsea Freeman herself and the other to a surrogate mother.

The Freemans described their two new children as “twins with a twist.”

After giving birth to Charlie by emergency C-section, Chelsea Freeman was told she may not be able to have another baby due to the complications. The couple tried anyway, since they knew they wanted more kids, but no luck.

Freddie Freeman has wanted to be a father since he was little, and Chelsea says that she thinks it’s just as important to him as his career.

After about two years, during which time many of Chelsea’s friends were able to successfully get pregnant, they began consulting with doctors and discussing their options.

"It was a lot of doctors' appointments, a lot of procedures, a lot of tests," Chelsea said. "A lot of them by myself, because it was during the baseball season. It's all worth it in the end, but going through that ... definitely one of the hardest things mentally that you could go through."

To Chelsea, the hardest part was dealing with the emotions. She found it very draining, and it was difficult for both of them to wrap their minds around the fact that they might not be able to have kids again. It took a huge toll on both of them.

However, when doctors suggested a surrogate, the Freemans were very open to the idea and made preparations last spring. Unfortunately, due to COVID-19, the embryo transfer procedure was delayed.

Chelsea had been taking pregnancy tests very frequently since Charlie’s birth, and each one came back negative, over and over again. However, nine days before the rescheduled date for the embryo transfer, she finally got that positive she’d been waiting for. Chelsea was pregnant.

“It just wasn’t happening,” Freeman said. “We chose the surrogate route and nine days before the embryo transfer, I come home from a workout and Chelsea tells me she’s pregnant. I was like just shocked. Not something we were expecting at all.”

And when doctors asked the Freemans if they still wanted to go through with the embryo transfer, they said yes immediately. They had gone from one child and seemingly no possibility for another to having two more on the way.

Now a family of five, the Freemans feel blessed to have three healthy sons, and view what happened to them as a miracle.

According to the happy parents, Charlie is the perfect age to be a wonderful older sibling already, helping out with the two babies. As thankful as the Freemans are, raising two infants at once is sure to be a handful, but they wouldn’t want it any other way.

However, the Freemans would also love to have a daughter, so they plan to make the big family that they’ve always wished for and now have even bigger in the future! For other couples struggling with infertility, Freddie said that it’s important to keep in mind that there’s a light at the end of the tunnel.

Being in Florida for spring training with his oldest son Charlie while the two babies and Chelsea are still at home has been difficult, especially since Freddie himself was diagnosed with COVID-19 before the delayed start of the 2020 season last year. But even if they’re not all together right now, the Freemans feel as if they’re on top of the world.

“It's everything you could want and more,” Freddie Freeman said. “It’s such a crazy situation to try and wrap your mind around it, but when you’re in it and both boys are here it’s like the best thing that could have happened.”