Exercising During Pregnancy: Hurtful or Helpful?

Recently, researchers have found a potential reason for why exercising can help not only you to be more healthy during your pregnancy, but also help your baby, too. 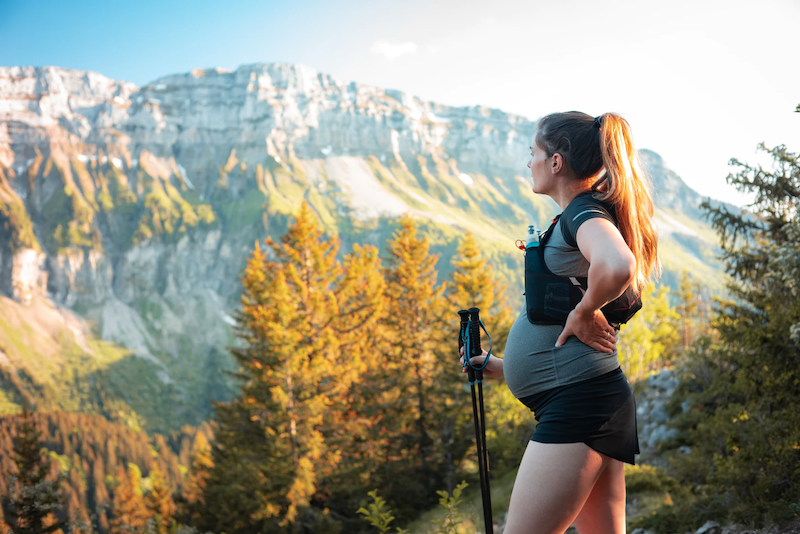 Staying healthy while pregnant is an absolute must for you and your baby.

While eating for two, food and drink isn’t the only concern you should have while pregnant. Exercise is just as important in ensuring that you both stay healthy for all nine months.

Not only that, but it turns out that exercising while pregnant may have positive, long-term effects in your baby’s future.

Pregnancy can be incredibly stressful on both your body and mind, but luckily exercise will be able to help you with that.

It serves not only as an energy-booster when you’re feeling down by causing your body to release endorphins, but it can also relieve a lot of the unpleasant symptoms associated with pregnancy, like backaches and constipation.

In addition, you may find that while pregnant you have some trouble sleeping, and exercise can help with this issue since it relieves stress, too.

Exercise will also strengthen your muscles, which can be strained or loosened a lot during pregnancy, and prepare your body better for giving birth— your heart and muscles should be in good shape to prepare. Building up endurance could also help with a labor that lasts very long.

Breathing exercises are a good thing to know for the big day, too.

Exercising while pregnant will not only help you for the actual labor, but the aftermath! You’ll look healthier if you’re exercising both during pregnancy and after, and if you want your pre-pregnancy body back, exercising is the best way to do that!

If you get into a routine before giving birth, it’ll be much easier to go back to it— after giving yourself the proper amount of time to rest, of course.

Benefits for Your Baby

Exercising can not only help you to be healthier, but it also has benefits for your baby!

Recently, researchers found a mechanism that provides an explanation for how exercising during pregnancy can result in better metabolic health for your baby. This includes things like metabolism, blood sugar, blood pressure, and cholesterol, among other things.

The study was led by authors from Harvard Medical School’s Joslin Diabetes Center, but colleagues from other countries such as Japan, Canada, and Denmark also assisted in research.

Previous studies have found a correlation in the mothers having unhealthy diets and gaining weight with poor metabolic health later in life for their children, and so proper maternal health has long been suspected in being able to decrease the continuing of unhealthy conditions across generations.

The researchers looked primarily at pregnant mice, and found that SOD3— a protein derived from the placenta that is increased with exercise —improved glucose metabolism in their offspring since it controls DNA demethylation, and can have other positive effects as well.

They also emphasized the importance of Vitamin D, which can be increased with more sunlight, in this protein’s levels.

The researchers look at SOD3 in mice, but they also looked at the protein levels in pregnant women and found that higher levels of it were consistent with more exercise.

So, it seems that exercising during pregnancy is a good idea! Yes, but it’s still important to consider which exercises and activities are safe for you and your baby.

You should definitely speak to your doctor about which types of exercise are a good idea and which should be avoided until after you’ve given birth and fully recovered. Definitely don’t overdo it either— 2.5 hours of moderate intensity exercise a week is typically recommended.

This is especially important if you’re experiencing any negative symptoms with your pregnancy such as bleeding, early contractions, or high blood pressure. Exercise isn’t a risk for a healthy pregnancy, but it can be for an unhealthy one.

And even with the healthiest of pregnancies, too much exercise is never good. Signs to slow down include dizziness, fatigue, shortness of breath, back pain, and heart palpitations.

Walking is probably your best bet in terms of exercise, though if you were a frequent runner before your pregnancy you might be able to keep at it! Make sure you’re not bouncing around too much, though.

A good alternative for cardio is swimming! The water will support your weight! It can also be very relaxing. Stationary bikes are also a good option.

You should also try to balance out your cardiovascular exercise with activities to promote strength and flexibility. Yoga, pilates, and aerobics classes could be a good way to help with these aspects of your body, and also help with stress-relief, too!

However, you should avoid any exercises that include jarring movements, any sort of sport where you might be hit in the abdomen, sit-ups or any other activity that requires you to lie on your back, as well as any extreme exercises or ones that could put a strain on your body.

It’s better to be safe than sorry, but when in doubt, ask a medical professional about the do’s and don’ts of exercising during pregnancy. As long as you’re safe with how you go about it, chances are exercise will be a big help to both your and your baby in the long and short term!