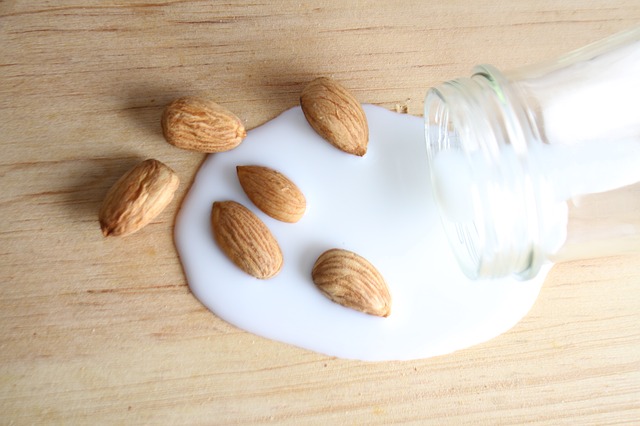 There are many reasons why you may want to boost testosterone levels. For example, low levels can have a number of effects on the male body. The body composition can be altered by increasing body fat, decreasing strength and muscle mass, lowering sex drive, and sometimes causing erectile dysfunction.

To further their results, researchers concluded that vitamin D status is directly associated with testosterone levels in men. Also, that the male reproductive tract is a target tissue for vitamin D effects.

However, in men with already regular or healthy vitamin D levels, supplementing with vitamin D may show little to no effect on testosterone.

So, if you’re thinking about adding almond milk to your diet to increase testosterone, this may be a good idea if you know your vitamin D levels are already deficient. Otherwise, drinking almond milk may have no effect.

Almonds may be able to boost testosterone in another way. They are high in the mineral, zinc. A zinc deficiency has been linked to hypogonadism or testosterone deficiency.

Low zinc levels can interfere with the production of sperm and even cause abnormalities in sperm. On the downside, almond milk isn’t rich in zinc. So, if you want to boost your zinc levels, you’ll have to eat real almonds. Pumpkin seeds, cashews, chickpeas, oats, pine nuts and peanuts can also boost zinc levels.

The bottom line is, don’t rely on drinking almond milk to boost your testosterone levels. If you’re looking to do this, consult with your doctor to find out if you are vitamin D deficient and should start supplementing. Otherwise, ask them how to best improve testosterone based on your body type and needs.