Couple Has Sextuplets After Years of Fertility Struggles 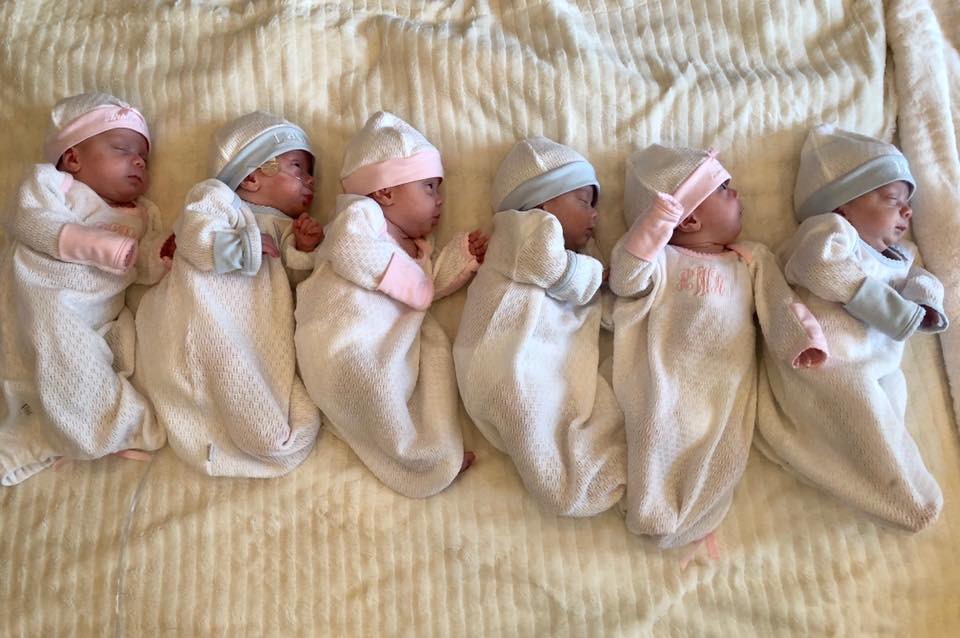 Eric and Courtney Waldrop recently welcomed six children into their family, bringing their numbers up to nine. The blessing came after Courtney battled years of fertility struggles.

Courtney had her first son, Saylor, in 2008. In 2012 she had twin boys, Wales and Bridge, after suffering several miscarriages and undergoing fertility treatments. She also suffered a miscarriage before becoming pregnant with the sextuplets. Courtney commented, "It was devastating because I can get pregnant so easily, I just can۪t hold on to them."

However, her sextuplet pregnancy was more than successful. Courtney had three girls and three boys at just under thirty weeks' gestation at Huntsville Hospital. They ranged in weight from 2 lbs. and 4 oz. to 2 lbs. and 14 oz. A team of about forty labor and delivery nurses, neonatologists, anesthesiologists, maternal fetal medicine specialists and surgical assistants were there to help deliver the babies by Cesarean section.

Their names are Blu, Layke, Tag, Rawlings, Rayne, and Rivers. All six babies are doing well and are off their ventilators.

As for Courtney, she confessed the pregnancy and birth of six was very difficult and her body was in shock from it. She was weak and needed a slow recovery, taking time to get a little better each day. However, although it was "scary" what was happening to her body at times, she says it was all worth it.

Now, with Courtney and her babies in good health, everyone is looking forward to the upcoming years. "It's been an incredible journey filled with all emotions--fears, excitements, worry, happiness "everything," Courtney said. The couple is excited to finally have their "sweet little miracles" home with them and get life started.

The Waldrop family will star in their own TLC documentary about raising their six new children. It will air in early fall.