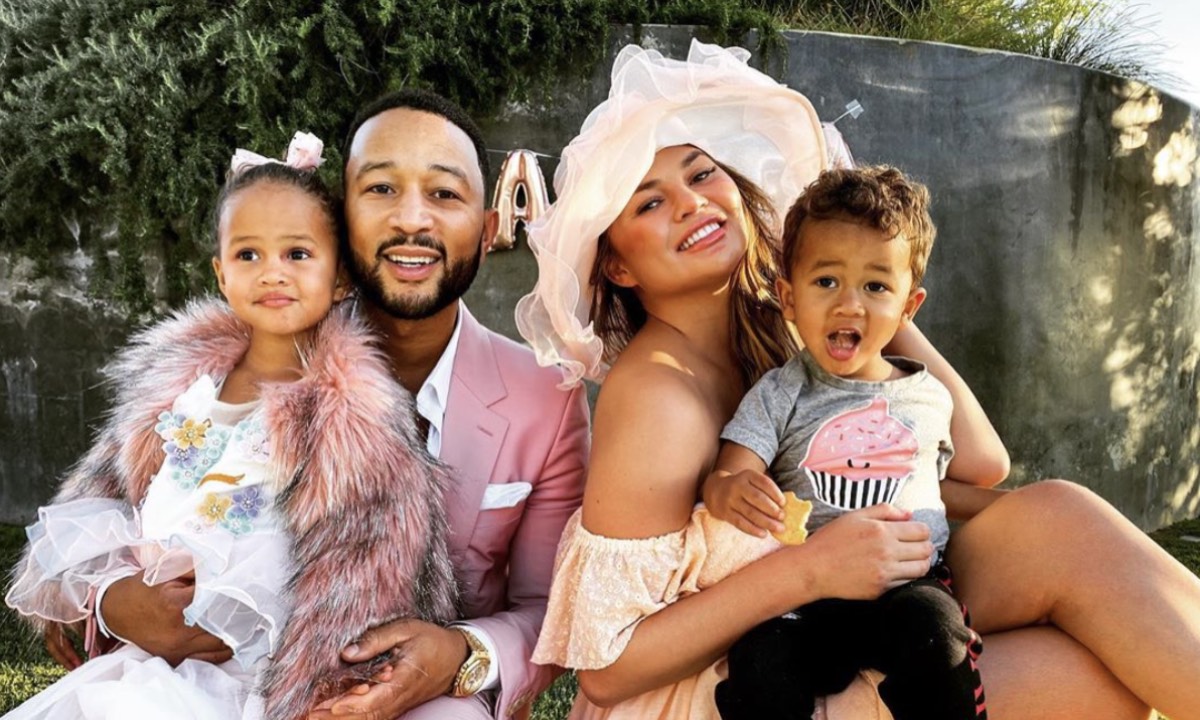 Model and businesswoman Chrissy Teigen recently took to Instagram to update us on her fertility journey with her most recent pregnancy.

If you don’t already know, Chrissy Teigen met her husband John Legend back in 2006 when she was acting in his music video. They hit it off, and got engaged in 2011, with the wedding taking in place in 2013. They’re a really cute couple- John’s hit song “All of Me” was actually written about her!

Additionally, John Legend’s Twitter is super sweet as well. In the first line of his Twitter bio, he describes himself as “Chrissy’s husband.”

After the birth of Luna, Teigen opened up about her decision to undergo IVF treatment for the conception of their second child. When asked about her fertility journey, she confessed that it was hard for her to balance her own fertility journey with her transparency on social media. She wrote, “I wanted to talk about it for so long, it just didn't feel right to tweet like, 'Ugh, doing my IVF shots again.'"

Her latest pregnancy was announced in August of 2020. The announcement was a surprise, and came from John’s music video for the song “Wild.” At the very end of the video, the couple is shown gazing off into the distance, with their hands rubbing her stomach (pictured above).

Trouble with the Third

We first heard that there might be something wrong in early September. Teigen took to Instagram, sharing a video of her doing an at-home ultrasound. In her caption for the video, she shares that she was anxious about the pregnancy, and that “any little bits of spotting or pain freak me ouuuuuut.”

In late September, Teigen took to Instagram again, this time with a photo of her on bedrest. She had apparently been told to go on bedrest the week prior, but unfortunately she had to go on a more serious bedrest the next week.

This time, no recipe updates, no cooking, no nothing. And, Teigen was none too happy about it. On September 16th she tweeted, “Been in bed for all but 5 mins of the last 24 hours. Here til next Tuesday. Lord it’s kind of crappier than it sounds.”

Unfortunately, the bedrest was not enough. On September 28th, we got another Instagram update from Teigen- this time, a hello from the hospital. She reported that she was getting a blood transfusion at the time, but that she and the baby were fine.

The situation got worse from there. On September 30th, Teigen posted a heartbreaking photo from the hospital, expressing her grief over what turned out to be a miscarriage.

Teigen chronicled a great loss, the kind that she and John had only heard about, but never experienced. She said a loving goodbye to their lost child, whom they had named Jack, and thanked everyone for their positivity.

At the end, Teigen added, “We are so grateful for the life we have, for our wonderful babies Luna and Miles, for all the amazing things we’ve been able to experience.  But everyday can’t be full of sunshine.  On this darkest of days, we will grieve, we will cry our eyes out. But we will hug and love each other harder and get through it.”

Since Teigen’s post on Instagram, she hasn’t said much. In fact, the most recent update we received on the situation was via Teigen’s Twitter on September 30th. At the time, she expressed extreme disbelief at the situation (pictured above).

Our hearts go out to Teigen and her family, and we wish her the best going forward. The path to fertility can be a treacherous one, but certainly not one that we have to go through alone.