Cannabis markets face strict state regulations, banking limitations, and business licensure costs, which can prove to be quite expensive. Innovative, integrated cannabis care technology developed in New Zealand may solve this problem, giving patients the ability to speak with cannabis physicians, make appointments, place orders for pickup or delivery all from a remote, secure facility. 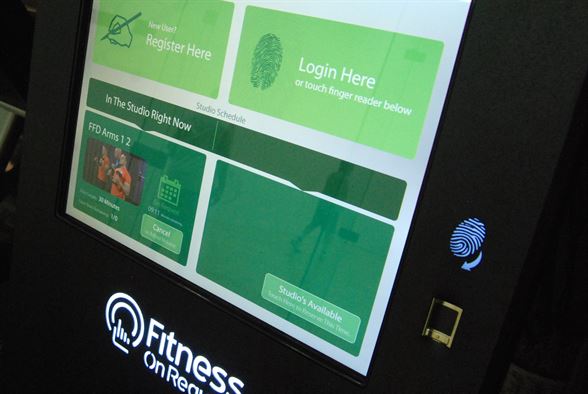 Medical and recreational cannabis markets face a lot of uncertainty in their beginning stages due to the cost of regulations and licenses that are required of cannabis businesses and cultivators, creating access problems. New, integrated cannabis care technology being implemented in New Zealand may solve this problem.

Long before today’s mass appeal, legal cannabis dispensaries and businesses could only be found on the West Coast. Between 1996 and 1998, California, Oregon, and Washington all legalized medical cannabis for those with qualifying conditions, with Nevada to follow in 2000. At the beginning of these early markets, dispensaries were few and far between.

The first marijuana dispensaries ever appeared in San Francisco in 1994. In 1991, the city passed what then amounted to the Plymouth rock of medical cannabis, Proposition P, legalizing marijuana within the city limits for those with serious conditions, most notably HIV/AIDs patients.

Dennis Peron, founder of the San Francisco buyers club, California’s first medical dispensary, fought for the rights that all medical cannabis dispensaries here and abroad enjoy today. There would be no cannabis revolution without Dennis Peron. Famously depicted in the 2013 film, The Dallas Buyers Club, a Texas electrician named Ron Woodroof formed an illegal buyers club to supply non approved HIV medications to those in need during the late 80s. At the very same time, Dennis Peron formed the San Francisco Buyer’s club, a similar underground network of medical marijuana dispensaries for HIV/AIDs patients.
‍

Although legal in the city, Peron encountered heavy resistance, and once took a bullet in his thigh during a raid on his home. The police officer who shot Peron famously said he hoped to kill him, so there would be, “one less faggot on the streets.” Peron, however, managed to live to the age of 72, and later authored Proposition 215, which passed in 1996, making California the first state to legalize medical cannabis.

Cannabis dispensaries are few and far to come by for some states, especially new medical states, remote dispensaries and integrated end to end cannabis care could help better serve them

Despite nationwide prevalence, not all medical cannabis markets are created equal. Many new markets, like those on the east coast, have hamstrung cannabis businesses with heavy regulation costs and licensing fees, meaning there are few too many cannabis cultivators and dispensaries, while patient numbers rise.

Why? Heavy licensing costs imposed on cannabis cultivators and retail businesses meant there were not enough open dispensaries when sales begin. Even inside the state’s few dispensaries, there wasn’t enough medical product to go around. The initial dispensaries in Pittsburgh and Philadelphia ran out of product amidst heavy demand.

Even in Massachusetts, the site of the first recreational cannabis sales on the east coast, their medical marijuana program faced slow growth during implementation, and today still sees less dispensaries per square feet than it’s more senior, west coast counterparts.

As medical cannabis ventures into new markets and states, there is a clear need for an integrated care solution, which can help provide better access in new and expanding markets with few dispensaries. new technology could offer patient digital consultation, delivery, and pickup options, all via remote dispensaries.

In a similar fashion to newer markets in the U.S., medical cannabis patients in Australia and New Zealand have also faced access issues. Instead of having trouble simply finding a dispensary, physicians willing to prescribe cannabis are few and far between due to the need for government approval.

Not only can finding a dispensary within 1000 miles prove difficult, but finding an Australian doctor authorized to prescribe cannabis can be even tougher. Each Australian state requires federal approval for its patient’s medical cards. It can take up to four weeks for government approval, meaning there are few licensed GPs, or general practitioners, willing to prescribe it.

In July 2018, the President of the Royal College of General Practitioners, Bastian Seidel, described that, “there are 38,000 GPs in the country — only one of them is an authorised prescriber for medicinal cannabis.”

Lack of access in new medical cannabis markets, like Australia and Pennsylvania, demonstrate a clear need for a digital, integrated cannabis healthcare solution. Traditional medical practices utilize integrated software all the time to make appointments, process patient data, and so on, so why can’t medical cannabis be any different?

Jayex HL has acquired remote, medical dispensary technology called Bluepoint, which could act as a digitally integrated cannabis healthcare suite, giving patients the ability to speak with cannabis friendly physicians, make appointments, and place orders for pickup or delivery all from a remote, secure facility.

Jayex Healthcare Limited, a leading healthcare technology company in Australia, acquired the largest medical appointment booking application in the country back in 2017, and has been positioning itself to claim a stake in the medical cannabis industry. Their integrative technology may be just the thing Australia and New Zealand’s medical cannabis markets need to improve access.

The Jayex healthcare prospectus describes that, “The acquisition of Jayex UK and Appointuit, owners of the Enlighten technology and the Appointuit technology respectively, is essential to Jayex positioning itself to be a market leader in Australia in offering a 24/7, online, interconnected ‘end-to-end’ healthcare service delivery platform.”

Recently, Jayex announced intentions to revolutionize New Zealand’s burgeoning medical cannabis market with the advent of an integrative cannabis care solution through Bluepoint, remote dispensary technology, which will allow patients to access cannabis physicians digitally, place orders for pickup and delivery, all from a remote dispensary.

Jayex chose New Zealand to launch their remote dispensary technology because they see New Zealand as an emerging, potentially lucrative market that would allow them to prove and commercialize their technology. They also considered New Zealand because of the government’s intention to grow the medical cannabis market.

This new technology may cut down on the massive red tape involved in accessing cannabis in these new markets, as well as provide applications to America’s growing recreational cannabis industry, as appointment scheduling for pickup and delivery could make cannabis retail more efficient overall.