If sperm can withstand zero gravity, can it possibly make it to Mars and beyond? 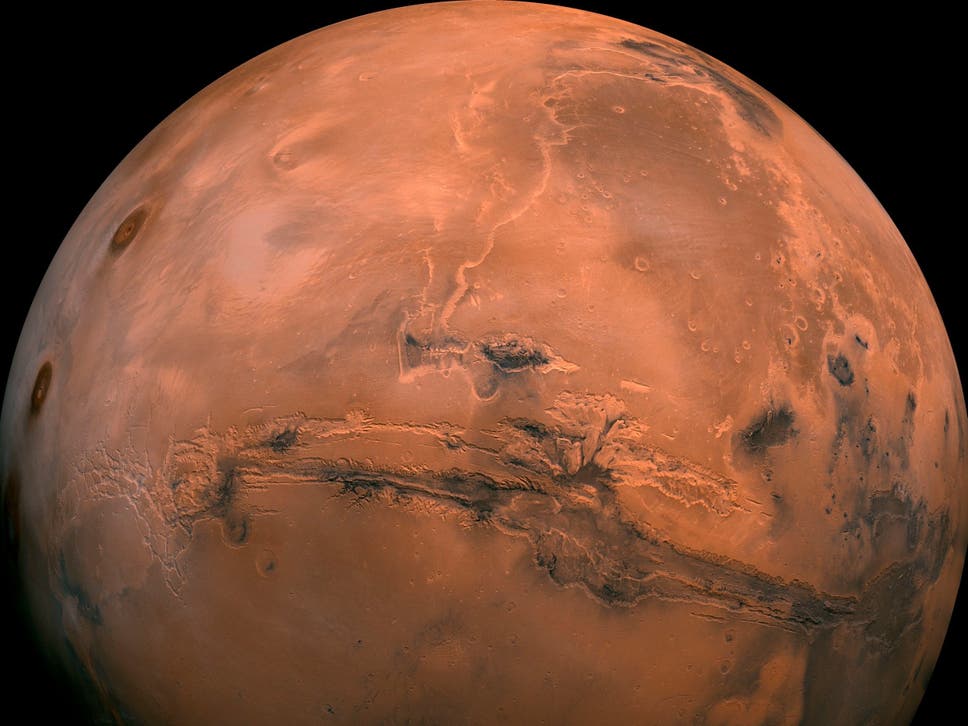 Image courtesy of The Independent.

As humans on Earth continue to research means to start colonies on the Moon and eventually on Mars, it begs the question how will they reproduce in order to ensure growth of the colony? After all, you can’t have a colony of people without babies. Due to the many hazards of space travel--including the toll it takes on the human body--scientists have concluded that sex and pregnancy in space is simply not a viable solution to this problem. So what if frozen sperm could make the long trip instead allowing colonists to rely on artificially insemination? In this article, we’ll examine:

Will Sperm Survive in Space?

What if we were able to transport sperm instead of men into space?

Due to the unprecedented environmental crisis that’s facing us, many people--as well as businesses and governments--understand that the only way to ensure our survival is to explore off-planet possibilities. This means some of the best and brightest around the world are looking for viable ways to send humans to colonize both the Moon and Mars. NASA is already setting the goal of 2024 for putting people back on the Moon in hopes of eventually developing a working station and colony there. The Moon base would also act as a jumping off point for further exploration and colonization of Mars.

But the question remains, how do humans plan on reproducing off-Earth on other worlds? One way to do it is via sperm samples--as long as they can withstand a low gravity environment. In a study done by Barcelona’s Dexeus Women’s Health, it was discovered that sperm could remain stable and survive in this type of an environment. The experiment was done using an aerobatic plane which can provide short exposure times to hypogravity. By doing 20 parabolic turns, it was able to simulate near zero gravity for eight seconds each turn. The sperm was also exposed to gravitational conditions stronger than those experienced on Earth, just as it would in a space flight. There were 10 sperm samples from donors on board the plane, which were tested both before and after the flight for concentration, motility, vitality, morphology, and DNA fragmentation. Compared to the control samples on Earth, the researchers found that there was no difference among the two samples. According to this study, it appears that sperm can survive microgravity environments.

The results of this study are interesting, because it has always been assumed that any trip to the Moon or to Mars would have to involve both men and women, who would go on to populate the colony. This meant that there would have to be a steady supply of new colonists arriving in order to keep the population varied. But knowing that sperm can survive in microgravity environments means that perhaps instead of sending so many men, maybe Earth can just send their sperm instead?

Stuff of Science Fiction--or is it?

Is this the future of space travel and colonization?

NASA believes that it makes sense that the first person on Mars would be a woman, and even more so if she can bring the frozen sperm samples safely with her. Looking to start sending missions to begin a colony by 2033, NASA is still figuring out the best way to ensure human space travellers arrive safely--and with the tools to set up a station. If frozen sperm samples can endure the perils of microgravity--as well as macrogravity--situations, then perhaps it makes sense to send sperm samples along? The problem with space travel and reproduction is that it can have serious effects on both sexes’ reproductive systems, not to mention how dangerous it is to carry a fetus with the ever-present risk of exposure to cosmic radiation. This is the reason behind the search for a means to utilize artificial insemination.

Although the results of the experiment involving sperm and microgravity are encouraging, the center that undertook the study still insists that more tests--including a longer duration of microgravity and larger sample sizes-- are imperative to taking this possibility out of the realm of science fiction and into fact. There are still many questions to be answered as well before this scenario can be seen as an option suitable for a mission to Mars. First and foremost is that the experiment didn’t fully simulate in-flight sensations common with space travel. During space travel, humans are exposed to long, intense durations of microgravity and space flight radiation. Instead the experiment exposed the sperm samples to alternating changes in gravity that are not experienced on a true space flight.

Although the challenges of gravity adaptation is a huge hurdle to overcome, in order for this option to be taken into serious consideration for space colonization, they will also have to overcome additional problems. These include the effects of radiation on gametes, fertilized eggs, fetuses, and even mothers. Scientists have not begun to understand how cosmic radiation would affect these, and until they understand more about it, do not consider this study to be sufficient enough.

Although this is an exciting first step in the possibility of space travel and colonization, there are still so many questions to be answered. However, knowing that the possibility of utilizing artificial insemination in any off-planet exploration is good news, and shows that perhaps we are on the right path to understanding how we can make human space travel possible and set up colonies in new off-world locations.