Can Acupuncture Aid in Fertility?

Recent Study on the Impact of Acupuncture with iVF 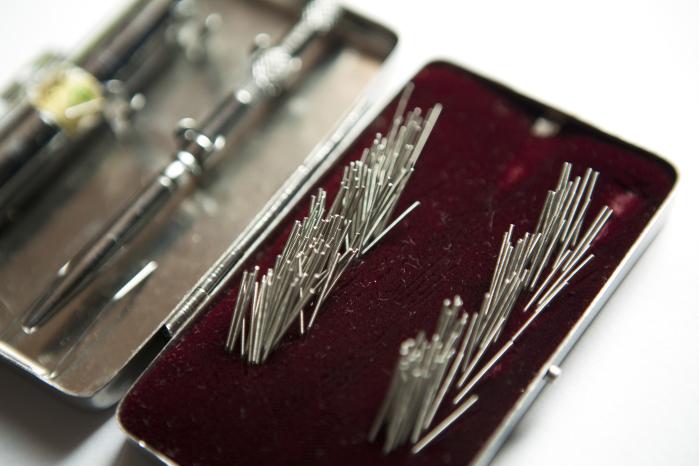 The traditional Chinese medicine (TCM) known as acupuncture is believed to have endless health benefits for a range of issues from infertility to chronic pain. The therapy is thousands of years old and is based on the concept of “energy blocks” or a disturbance in the flow of energy referred to as “qi” that is believed cause health issues. Trained acupuncturists will insert very fine needles along specific acupuncture points in an effort to restore the qi or energy flow, which in turn should balance the body’s energy, and reduce stress. There are over a thousand acupuncture points along the body located along “meridians” or channels of energy, each of which is associated with a different system in the body.

How does acupuncture work?

While Western Science is unsure, there are several theories

Western science and research does not have a strong scientific understanding of how acupuncture works, but there are numerous theories. Some believe it made by tied to the autonomic nervous system therefor aiding in the release of chemicals that reduce inflammation, calm the brain, and regulate blood pressure and flow. Others believe it may release endorphins, the body’s natural pain relieving chemical.

During the treatment you may feel a slight pinch, sting or ache as the needle is inserted. It is vital to go to a licensed acupuncturist as there are some potential side effects including irritation at the insertion site, dizziness, and infection. People with certain health concerns should not receive acupuncture including those taking blood thinners. It is advise to always seek profession health treatment along with acupuncture and not to delay standard care because you’re attempting to resolve the issue with acupuncture.

A study was recently released finding no significant birth rate differences for women receiving acupuncture. The study observed over 800 women who received acupuncture treatment while doing in vertro fertilization (IVF).

They examined the effects of acupuncture prior to and following an embryo transfer. The study included research across 16 IVF centres in Australia and New Zealand.  The randomised clinical trial involved 848 women aged 18 to 42 undergoing an IVF cycle using fresh embryos between June 2011 and October 2015. The participants were given either acupuncture or a sham acupuncture control, in the form of a non-insertive needle placed away from the true acupuncture points.

The difference in results was negligible, at 18.3% for those receiving acupuncture and 17.8% for the control patients.

"Although our findings do not support acupuncture as an efficacious treatment compared to sham, some studies suggest reproductive outcomes maybe improved when acupuncture is compared with no treatment," stated the research lead Professor Smith.

While a short course of acupuncture may statistically be no better than sham at improving live birth and pregnancy outcomes, a psycho-social benefit from acupuncture was reported by women undergoing IVF.

"We also examined the outcomes of psycho-social benefits in our study of which we are currently writing up in a further paper," says co-author Professor Michael Chapman, UNSW Sydney and President at the Fertility Society of Australia.

"Feeling relaxed and reporting relief from stress and women feeling good about themselves is to be welcomed for women as they undergo an IVF cycle," he said.

While the benefits of acupuncture during IVF has not be scientifically observed in a significant way, it’s generally still believed to help reduce stress. There is scientific research correlating acupuncture to reducing the body’s stress response. Since stress has a known impact on fertility any means to aim to reduce stress can certainly help the process, whether beginning IVF treatments, or before doing so.