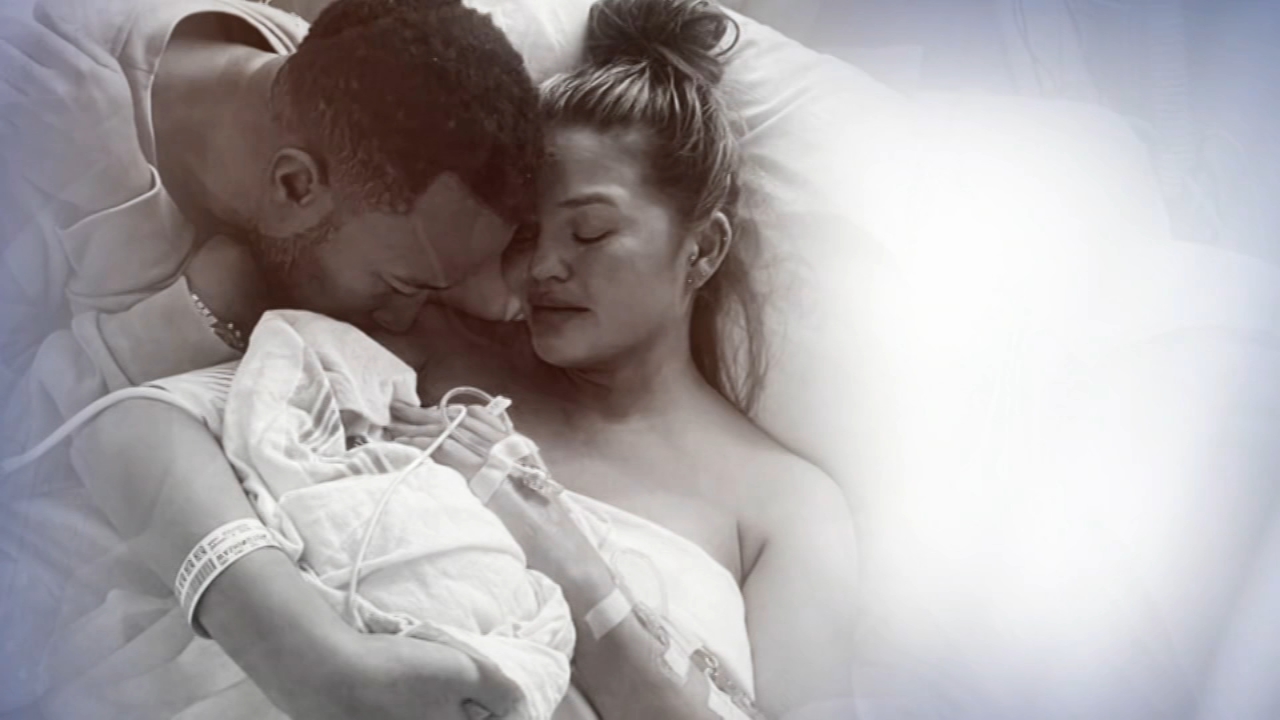 Chrissy Teigen has always been forthcoming about the happenings of her life. She’s known for her modeling career, hosting gigs, and cookbooks, but is probably best identified for her unwavering honesty. She’s praised continuously for sharing everything from her political views to her stretch marks. Most recently, she took to Instagram to detail her experience in the hospital with her pregnancy’s fate hanging in the balance.

Later that week, she shared a devastating loss. In response to her admirable public vulnerability, women everywhere felt understood in a way they hadn’t before. In an emotional slideshow, Teigen shared a palpable display of grief that’s widely felt but rarely seen.

What followed was impactful, to say the least.

Chrissy Teigen and John Legend are beloved in their star-studded community, and it shows.

In response to the news on Instagram, celebrities in the music business, the acting industry, and even politicians sent heartfelt condolences and compassionate messages.

Reality star and friend Khloe Kardashian commented, “I am so so sorry!!! You and John know my family is ALWAYS here for you and yours FOREVER. We love you all so much.” Model Noami Campbell echoed, “I’m so sorry for your loss, Chrissy & John, you bring us so much joy and laughter, we are here for you through this difficult time.”

On Twitter, vice-presidential candidate Kamala Harris took time out of her campaign schedule to offer up some sympathy. ‍

Some other peers praised Teigen for sharing her experience.

After commiserating over their loss, Busy Phillips commented, “In awe of your bravery and selflessness in sharing as you have, which is going to help so many women and families.  Sending you and your family all the love and light while you grieve.”

While Teigen has gotten a wealth of support from strangers and friends alike, there has also been an unfortunate amount of criticism accompanying it. It’s expected for those in the spotlight to garner both admiration and admonishment from the general public. But in this case, the judgment she’s received speaks to a larger issue. ‍

Pregnancy loss has long been an issue not spoken about--often due to being deemed a ‘private issue.’ But more and more, it’s emerging in public discourse due to the bravery of influential people.

Chrissy Teigen is no stranger to starting these kinds of conversations. In 2015, she opened up about her fertility issues on the set of FabLife during a time when it was scarcely mentioned. Though she received a similar mix of reactions then, Chrissy Teigen gave others the courage to open up about their own experiences in having trouble conceiving.

From here, we began to see celebrities share their own stories on miscarriage. Still, there had not been a story shared as openly as Chrissy’s. By sharing pictures of receiving the news and subsequently holding her baby, the public got a look at how harrowing pregnancy loss is.

The pictures aren’t gratuitous--they’re real. And like it or not, what’s real isn’t always comfortable.

Criticizing Chrissy Teigen for sharing her grief is counterproductive to women and couples going through the same thing.

“I’ve noticed people criticizing @chrissyteigen for sharing deeply intimate photos of the loss of her baby. As if there’s some protocol during soul-scouring calamity, that if not observed, emboldens people who do not know her or her family to say how she should be handling the unimaginable.”

She shares her own story of pregnancy loss before expressing gratitude for Teigen’s honesty.

“Thank you @chrissyteigen for making sure it is abundantly clear how devastating this is, and how life-changing it can be without support. Let’s let the grieving decide what’s right for them. Send support or keep quiet.”

Where There’s One, There’s Many

Despite the backlash, Chrissy Teigen’s forthcoming nature has set a new precedent. Women everywhere saw themselves in those black and white photos--the impact was powerful.

One woman felt comforted to see her grief mirrored in real-time. She commented--

“Heaven gained two angels yesterday. I miscarried what would’ve been our second child just yesterday. Our babies were too beautiful for this Earth.”

Her posts particularly resonated with those who have had later miscarriages.

Abigail Thornton wrote, “Chrissy I’m so sorry. I lost a baby girl at 21 weeks and it was the hardest thing I’ve ever gone through in my life. Please make sure to take care of yourself.”

“I lost my sweet angel at 16 weeks. Delivering your child, knowing you cannot bring them home, is a horrible feeling! The worst was being in the maternity ward while healing. Leaving and seeing all the happy people when all you want to do is disappear. I’m so sorry for your loss.”

The image of Legend Teigen holding their child, Jack, is significant because it’s a moment that so many experience alone. Many women who miscarry must go through the trauma of delivering their children. It’s a familiar but mysterious part of pregnancy loss. And because of Teigen, it doesn’t have to be so isolating.

“It’s easy to feel we know celebrities, particularly when the celebrity is so engaging in part because of ‘how real’ she presents herself,” Kuo-Hammerman said. “So, when you hear them share something that’s so difficult to go through and talk about, it can change the culture around the topic.”’

Women have been sharing pregnancy loss stories under the safety of their usernames, but that’s just the beginning. The effects of the sudden call-to-speak will trickle down to interpersonal exchanges when they’re needed most. Thank you, Chrissy Teigen, for your authenticity and vulnerability. You are not alone. We send you our deepest condolences.