Fertility may put you at risk for Alzheimer's 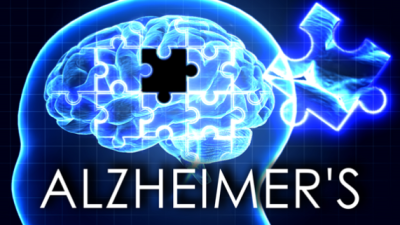 Alzheimer's is a type of dementia. Alzheimer's can cause problems with your behavior, thinking, and memory. Symptoms develop slowly and eventually get severe enough to make daily tasks difficult.

What this means for you

Women who are very fertile aren’t as susceptible to Alzheimer’s. Women themselves are actually more susceptible to getting dementia when compared to men. Women in the reproductive age of 21 to 30 years old had an elevated risk of dementia, 33% to be exact when compared to women fertile at 38 to 44 years old. Those who experienced their first period at 16 or older were shown to have a 31% higher risk of dementia compared to women who had their menstrual cycle at 13. To add to the list, women who experienced menstrual period later than age 45 were at a greater risk for Alzheimer’s. Paola Gilsanz mentioned that levels of estrogen could have a role in dementia. In another study, 133 elderly British women who had been pregnant for an extended period of time were less likely to develop dementia or Alzheimer’s. For every month of pregnancy, there was a 5.5% decrease in the risk of Alzheimer’s. It’s important to realize that choices in your middle-aged years could affect your risks of dementia in your old age.

Fertility in relation to Alzheimer’s

Based on a study done by the Alzheimer’s Association, a link could connect reproductive history and dementia in women. The study tells us that there is a correlation between the number of children, miscarriages, and age of the first menstrual period. The research conducted found that women with 3 children or more were 12% lower risk of Alzheimer’s in comparison to women with only one child. Adjusting for mid and late-life risk factors like BMI and stroke history seems to prolong the lower risk of dementia. Miscarriages were associated with an increase of 9% for dementia when compared to women without a miscarriage. It should also be noted that this study found no solid association with hormone therapy and cognitive degradation.

What can I do?

While there is no clear-cut answer to curing dementia, there are some things that could help lower your risks of developing Alzheimer’s. There is a complex mix of factors like age, genes, environment, and lifestyle that could be affecting your risk of Alzheimer’s.

Conditions known to heighten your risks of cardiovascular diseases, like diabetes and high cholesterol can also increase the risk of Alzheimer’s disease. Autopsy studies have shown that 80% of those with Alzheimer's also had cardiovascular disease. Heart disease share one common link: the ApoE gene. There are 3 different forms, e2, e3, e4. Everyone inherits two variants of ApoE, one from each parent. Most people have 2 copies of e3. Which is the most common variant? E3 doesn't seem to have any effect of the risk of Alzheimer's or heart disease. The one dangerous variant is e4. One copy of e4 can elevated blood level of triglycerides and LDL cholesterol by 10 points. Of Course, this isn't a hard fact, 60% of people with Alzheimer's don’t even possess this variant of ApoE. For now, it is unknown why these two diseases are correlated, more research is needed for a definitive answer to the issue.

Most of us know that a good diet and adequate exercise can prevent cardiovascular disease, but it may be beneficial for lower the risk of Alzheimer's as well. Limiting the amount of sugar and saturated fats and replacing that with lots of fruits and vegetables can help. There is no one diet tailored for Alzheimer’s prevention but any measure you can take towards a healthy life could help with cardiovascular disease which could potentially help with the prevention of alzheimer’s.

It makes sense that social interactions can help in preventing or at least lowering your chances of dementia or Alzheimer's. Being mentally active will exercise your mind and could potentially lower the risk of dementia. While not yet proven by science, it would make sense that stays mental sharp would limit the risk of cognitive decline.

The statistic can be confusing, Alzheimer's may or may not be affected by fertility issues. Many factors are at play here and it’s difficult to find the link between Alzheimer's and fertility. If you are worried about this try some of the tips we mentioned above. While not completely grounded in science, being healthy can help alleviate many things from heart disease to possibly Alzheimer's.