Fertility in the Arts: The MoCP’s Latest Exhibit Looks at Reproductive Justice

The exhibit combines many mediums to look at different reproductive issues, from abortion to pregnancy. 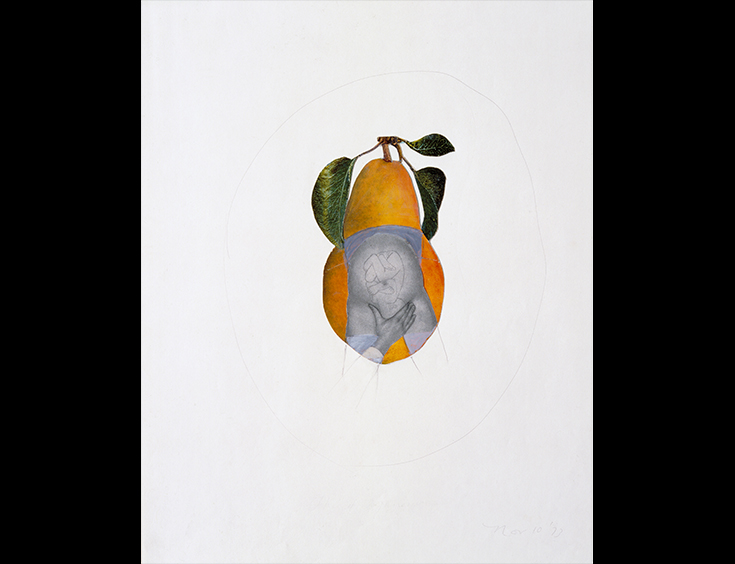 The Exhibit on Fertility

The exhibit, showing from February to May, is curated by two women who work at MoCP. MoCP is in Chicago, and is sponsored by Columbia College, but much of the artwork is accessible virtually. The curators’ names are Kristen Taylor and Karen Irvine. Taylor is the curator of Academic Programs and Collections at MoCP, and Irvine is the deputy director and chief curator of the museum. The curators felt that the project was important because of how irregularly these topics are addressed, not only in art, but in overall society. They wanted to create a space to affirm to women that they do not need to feel like they are going through these experiences, like painful menstruation or emotional fertility struggles, alone.

According to the exhibit’s website, the exhibit functions as an exploration of  “the psychological, physical, and emotional realities people encounter in the years leading up to, during, and after fertility.”

There are eight female aligned artists whose works are featured in the exhibit: Laia Abril, Candice Breitz, Elinor Carucci, Krista Franklin, Doreen Garner, Candy Guinea, Joanne Leonard, and Carmen Winant. Each artist considers something different in their work, and the range of topics covers birth, miscarriage, pleasure, the lack of abortion access, trauma, and the loss of fertility.

When it comes to this exhibit, the term “reproductive” serves to imply two things. Firstly, it implies the characteristics of photographs, which is a call to the lack of representation of women’s bodies and their experiences in art, especially visual art. It also references the patriarchal and capitalistically held view that women’s bodies are simply vessels for reproduction. The exhibit’s goal is to bring attention and understanding to the visual representation of women’s bodies and experiences in a time when the future of reproductive rights is somewhat questionable.

In addition to the physical space and artworks, the museum is hosting a bunch of virtual events and experiences that aim to raise further awareness of reproductive bodily issues. These events often include human rights activists with education and experience in the reproductive health field, giving them a platform, and allowing access to anyone who wishes to discuss both the art and the issues with people who are knowledgeable.

For example, on February 10th, the museum hosted a talk with Loretta J. Ross, a feminist activist.  Ross began her talk with a brief overview of her involvement with the Reproductive Justice Movement. The event was open to the public and held via Zoom, and it included a section where audience members could ask Ross questions related to her work.

Ross is a professor of women and gender studies at Smith College. She and 11 other women began using the term reproductive justice to describe the movement for an increase in reproductive rights in 1994 at an Illinois Pro-Choice Alliance conference.

At the event, Ross said: “We consider controlling our fertility as an essential act of self determination while we are fighting against these stereotypes of Black women as unnatural women or bad mothers,”

Another event, which took place on Thursday, Feb. 18th, was a teen education workshop. This one was also available over Zoom. At this event, participants of all ages were involved with “getting people to understand anatomy better, and getting to understand the needs of [their] bodies,” according to Taylor.

Coming up, the museum is planning on hosting some lectures with some of the artists involved in the exhibit, including Carmen Winant and Candice Breitz. The museum additionally had a panel discussion on March 10 titled “Destigmatizing Reproductive Health,” where panelists, including OB-GYN Wendy C. Goodall McDonald, discussed “historical and contemporary misconceptions of the female body,” according to the museum’s website.

The exhibit points to a key hole that is found and detectable in both the art world and in general society. There are far less than enough resources, medical, artistic, or otherwise, to bring awareness and representation to the realities of women’s bodies and experiences. The exhibit offers viewers the ability to see raw, undiluted, personal representations of a variety of intimate experiences.

For example, Krista Franklin’s work is titled “Under The Knife,” and it addresses her personal struggle with uterine fibroids, a type of growth that causes pain and complications related to menstruation. About her artwork and the exhibit, Franklin said, “I hope that the human rights issues that are being highlighted through this exhibition are recognized and that systemic, legislative and medical change begins to happen in this country, that’s what this entire exhibition is about.”

If you wish to check out any of the art or other programming involved in this exhibit, click this link. You can even still catch the events that have already occurred because they were taped and shared onto the website in video form. Do not miss your chance to catch a glimpse of this bold and beautiful exhibit.