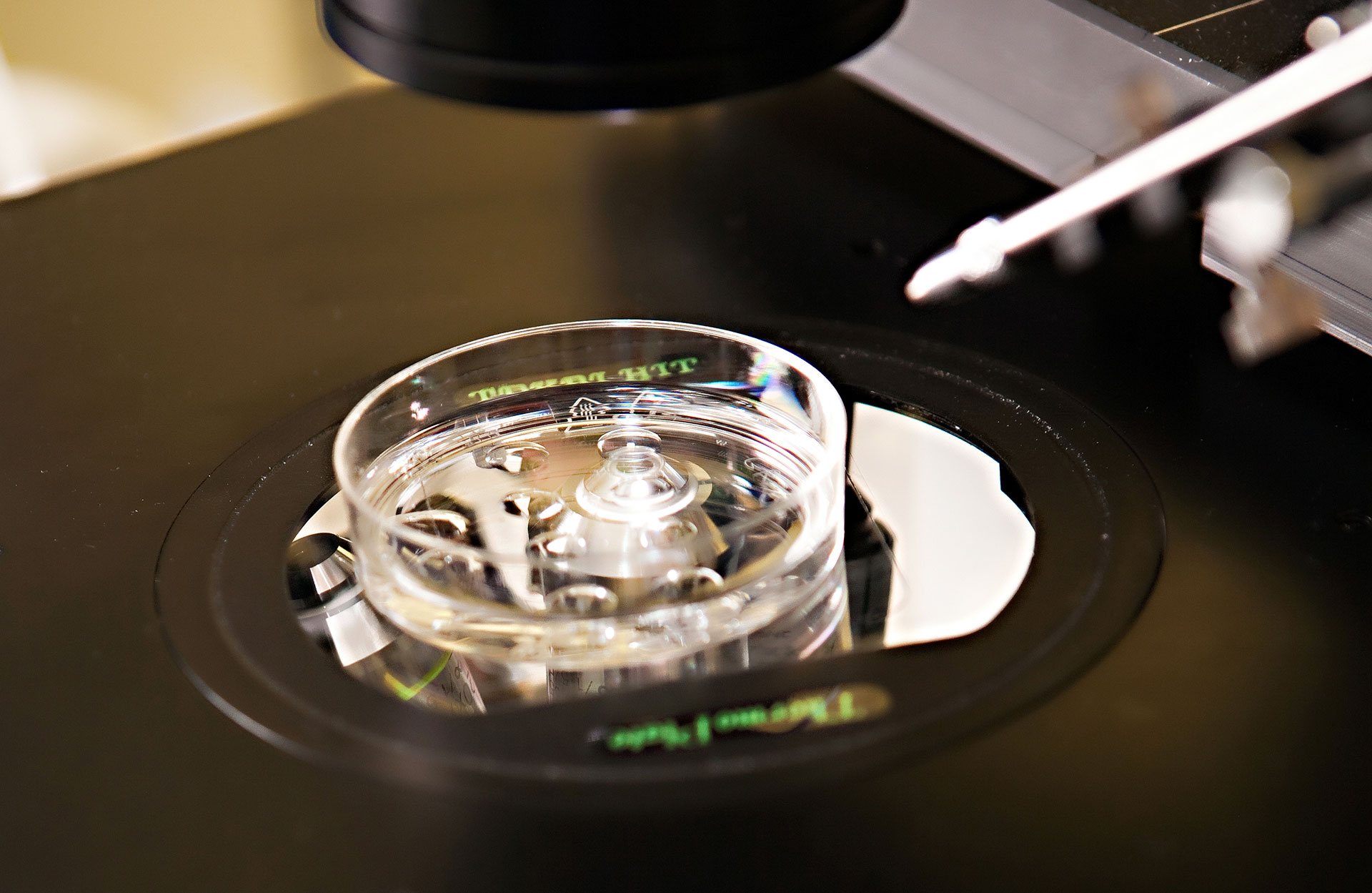 MEXICO CITY -- Sitting in his spotless office in the New Hope Fertility Clinic in Mexico City, soft music playing in the hallway in the background, Doctor Alejandro Chávez-Badiola shows an affable smile. "'Three-parent babies' is not the title I would have chosen for the treatment," the clinic director says. "But if the press had not given it such an attractive title, the news of what we're doing probably would not have had such an impact."Indeed, "three-parent baby" is easier to remember than "mitochondrial replacement treatment" (MRT), a relatively new procedure offered to couples who want to reduce the chance of passing certain genetic diseases onto their children.It is controversial because the embryo takes eggs from two mothers.Pregnancies through MRT, which is banned in the U.S., are achieved by transferring the nucleus from a mother's egg to a donor egg, which in turn had its nucleus removed. The new egg is then fertilized by the father's sperm and ultimately placed in the mother's uterus.Mexico City's New Hope is a branch of a namesake New York City fertility clinic founded by John Zhang in 2014. Critics say New Hope picked Mexico merely because of its weak regulatory framework.Dr. Chávez-Badiola, a gynecologist and obstetrician trained in Mexico and the United Kingdom, told Fox News he hopes to apply MRT to 20 pregnancies in the first half of 2017. He would not disclose, however, how many three-way pregnancies are underway at this time.The first "three-parent" baby was conceived in Mexico's New Hope in 2015 but delivered in New York City last year. He was born to a Jordanian couple at risk of reproducing a rare disorder called Leigh disease, an incurable that can lead to a child's death within years from birth.The Jordanian couple was treated in the New Hope clinic in Mexico by a U.S. team led by Dr. Zhang. So far, the boy appears to be healthy, according to New Hope, and the successful procedure led Chávez-Badiola and his peers to the conclusion that their work should be extended to a larger number of couples in Mexico.It isn't the first mitochondrial replacement technique ever developed. Earlier procedures applied in the 1990s yielded good results, but were different -- they transferred healthy mitochondria to the mother's egg. New Hope's technique is called "spindle nuclear transfer" and involves cutting-edge technology and equipment rarely seen in developing countries.Aside from the morals, critics of MRT believe it is still far too early to consider the procedure to be safe. They worry that some defected mitochondria could be transferred with the mother's nucleus into the donor cell. According to the science magazine Nature, some also worry that New Hope has rushed into the wider application of the procedure.The clinic, located in Polanco, one of the swankiest neighborhoods of the Mexican capital, is currently waiting for enough patients to achieve Chávez-Badiola's ambitious goal of 20 pregnancies. So far, he is principally counting on patients from abroad because Mexican couples are harder to find."There are families in Mexico suspected of having mitochondrial diseases, but as far as I know there isn't anyone to offer them the means to diagnose," he said.Nor is money a problem, at least in theory. According to Chávez-Badiola, the procedure isn't more expensive than a regular IVF-treatment. "We first want to know if the technique can be replicated and give us the results we're hoping for," he said. "Right now we'd be willing to absorb the extra costs, as it's a treatment that stems from extraordinary technology."Chávez-Badiola acknowledges the criticisms, but counters them with the argument that he and his colleagues are on the vanguard of medical research, which always causes "some discomfort.""Mitochondrial diseases aren't diseases that have been known for centuries. They're diagnosed through technologies that are relatively recent," he told Fox News. "I believe that, if you're going to study such a thing, studying it alone has the potential of changing the way the medical profession acts."